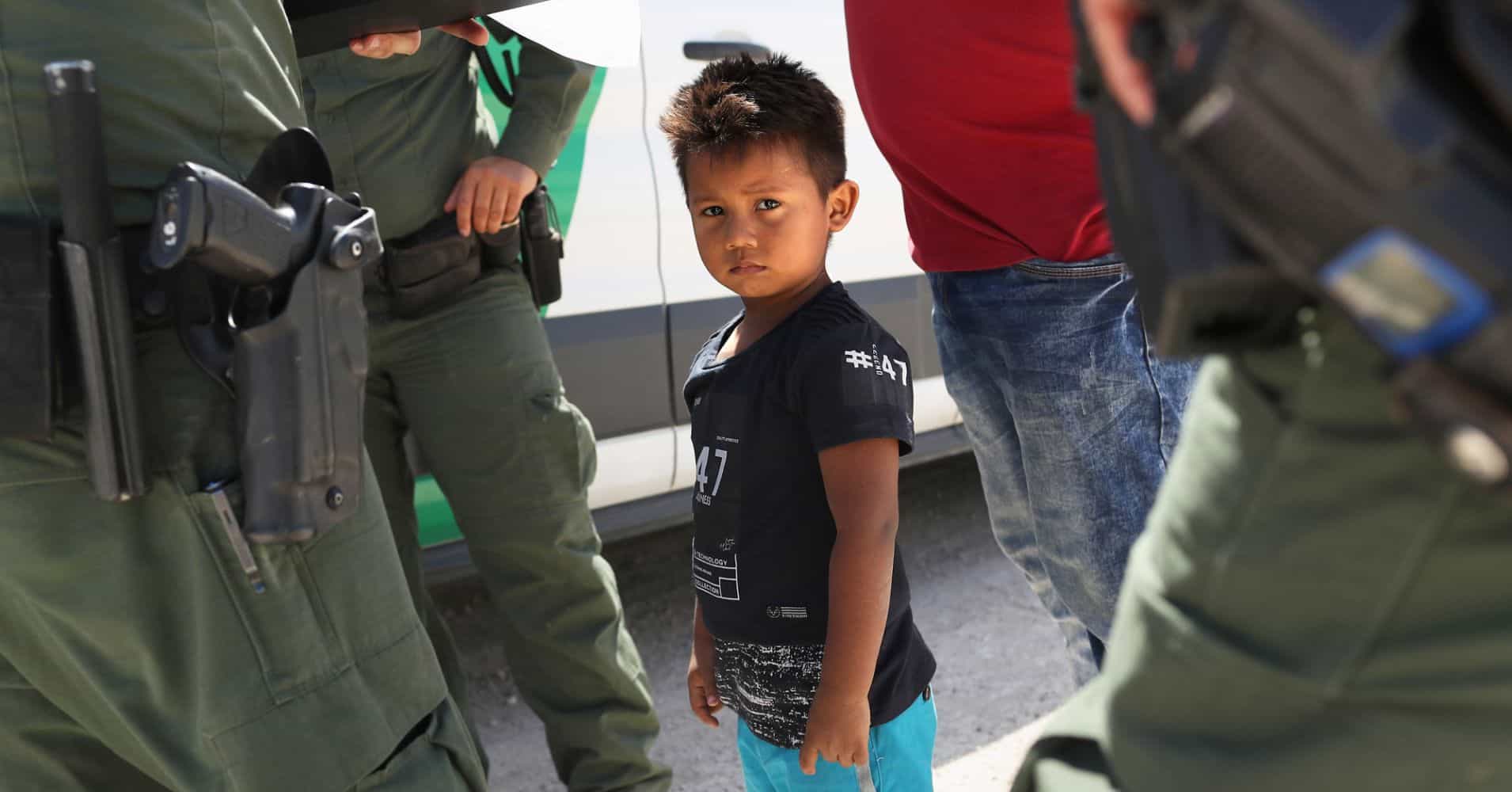 Mueller had charged four defendants and secured two guilty pleas in the special counsel investigation at the beginning of 2018. Currently, he has charged 36 and seen four sentenced to prison, one convicted at trial, and seven plead guilty. 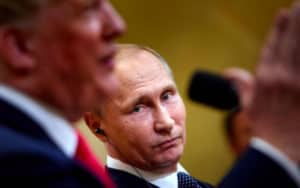 The president has repeatedly dismissed the investigation as a witch hunt and rebuffed the U.S. government’s conclusion that Russia interfered in the 2016 election. He instead accepted a denial from Russian President Vladimir Putin at face value.

Immigration and Trump the nationalist

President Trump embraced nationalism and many argue his immigration policy efforts this year show he is heavily influenced by those ideas.

Trump allowed a partial government shut down over the holidays in an attempt to fulfill a campaign promise to construct a $5 billion wall along the southern border. The president, who applauds his own success in saving Christmas, left federal employees without pay and prevented the lighting of the National Christmas Tree.

Faithful supporters have been contributing to a GoFundMe effort dedicated to the wall. The fundraiser has accumulated over $17 million of a $1 billion goal. Now, the founder is also attempting to collect 100 million signatures on an accompanying petition to build the wall.

The wall is desperately needed for security, according to Trump, who also alleged furloughed employees are mostly Democrats.

President Trump found other ways to discourage immigration this year, like instituting a “zero tolerance” policy for the southern border. This allowed for the separation and detainment of over 2,000 refugee and migrant children. 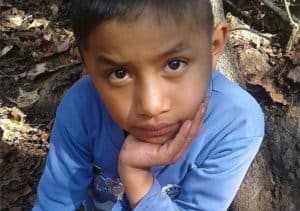 An 8-year-old boy and a 7-year-old girl separately seeking asylum from Guatemala died in U.S. custody after being detained at the border this month. Many argue that better care could have saved them and that Trump’s policy of turning asylum-seekers away at legal ports is risking innocent lives.

Earlier this year, the U.S. Supreme Court upheld Trump’s ban on travel from a group of predominantly Muslim countries this year. The president lauded the 5-4 vote as a “tremendous victory” after a majority of justices agreed that numerous anti-Muslim statements did not undermine his ability to secure borders.

Many lower courts previously struck down multiple variations of the ban.

The Parkland school shooting and gun violence in America

Gun violence was prevalent in U.S. news this year due to an average of at least one deadly mass shooting a month.

A teenage gunman killed 14 teenage students and three adults at Marjory Stoneman Douglas High School in Florida this February. Students from the school subsequently became familiar faces in the news for involving themselves in gun reform advocacy. Meanwhile, the NRA and personalities like Laura Ingraham openly and aggressively attacked them and risked their safety to fuel gun reform division. As a result, March for Our Lives was organized and student activist Emma Gonzales led over six minutes of powerful silence to a global audience at the D.C. protest — six minutes to illustrate the duration of the attack. The march inspired a movement which remains committed to taking on the gun lobby and affecting meaningful reform. 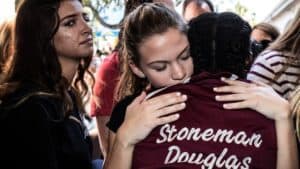 The U.S. saw an increasing trend in gun violence this year with over 300 mass shootings. The following incidents were some that made headlines:

The medical community takes on the NRA

In November, the NRA urged doctors to “stay in their lane” following the release of a gun violence paper from the American College of Physicians. The tweet consequently inspired over 21,000 responses, with many users from the medical community sharing photos and stories related to gunshot wounds using #ThisIsMyLane.

In September, Dr. Christine Blasey Ford alleged sexual assault against Brett Kavanaugh following his nomination to the U.S. Supreme Court. Dr. Ford testified before the Senate Judiciary Committee how Kavanaugh and his friend allegedly pushed her into a bedroom and onto a bed at a 1982 high school party. She claimed Kavanaugh laid on top of her, groped her, then covered her mouth to prevent her from yelling. In her testimony, Dr. Ford claimed he would have raped her if his friend had not accidentally knocked them off the bed. 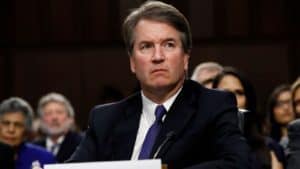 In response, Kavanaugh defended himself aggressively. He denied all allegations and became visibly emotional during his opening statement. He claimed accusations of hard-partying, pre-marital sex, and other misconduct in college were entirely false. Kavanaugh painted a much more wholesome image of himself as a committed husband and father and presented decades-old calendars to the committee as proof of his honesty.

Brett Kavanaugh was confirmed to the U.S. Supreme Court after a close vote in the Senate. Consequently, 83 ethics complaints against him were dismissed because the federal law they were filed under does not apply to Supreme Court justices.

The conversation around Brett Kavanaugh’s seat on the Supreme Court has been about more than the allegations against him. Supporters of #MeToo argued that his confirmation illustrated how little American government has been affected by the progress of the movement, which made major headlines in the entertainment industry this year.

California wildfires are being fed by climate change

2018 saw the deadliest wildfire season on record for California.

The Camp Fire killed 86 people in northern California last month, making it the deadliest wildfire in state history. Firefighters fought for 17 days to contain the flames, which eventually burned over 150,000 acres.

The Woolsey Fire ignited almost simultaneously and burned for 13 days in southern California. The fire left three dead and burned over 94,000 acres.

Additionally, a third fire ignited on the same day but was contained without fatalities after burning over 4,000 acres.

Some scientists and fire experts argued that climate change strengthened these wildfires. They explained how increasingly hot and dry climate is contributing to the size of the fires and their ability to devastate. Dry plants and soil heighten fire risk and drought conditions assist to bolster the erratic nature of fires. These factors are making wildfires harder to fight, especially when seasonal winds are exceptionally strong.

Jamal Khashoggi was murdered inside Turkey’s consulate in Istanbul in October. Soon after, Turkish officials accused members of the Saudi royal family of executing a hit on him.

Khashoggi was a journalist in America and a Saudi Arabian citizen who was frequently critical of the royal family, especially Crown Prince Mohammed bin Salman (MBS).  He mysteriously disappeared into the consulate on October 2 after arriving for a scheduled appointment. 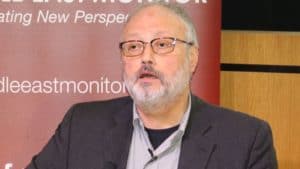 A report released almost three weeks later confirmed his murder. He died in a struggle — either by strangulation or by lethal injection, according to Saudi officials who alleged a “rogue operation”.

Turkish officials accused the Saudi government, specifically MBS, of arranging the murder. They alleged at least 15 men, including a doctor for helping dispose of the body and a lookalike to act as a decoy, participated in the. They immediately attacked once Khashoggi was inside, according to the President of Turkey who claimed to have tapes.

Some global allies condemned Saudi Arabia for the murder. However, President Trump defended U.S. ties to the kingdom. Governments, including ours, have sanctioned Saudi nationals linked to Khashoggi’s murder.

Democrats took control of the House of Representatives and Republicans held onto the Senate in the highly contested 2018 midterms.

President Trump celebrated with a tweet and congratulated himself on Republican victories after campaigning for candidates in conservative states. However, the newly elected House could cause problems for the president, who has been able to get much of what he wants from the GOP.

Exit polls showed a majority of voters believe that America is becoming more politically divided and that more Americans are prioritizing health care when it comes to voting.

George H.W. Bush passed away on November 30 at the age of 94. He was the 41st President of the United States and father to the 43rd president, George W. Bush.

Bush enlisted in the armed forces at 18 and served as the youngest pilot in the Navy, flying in 58 World War II combat missions. While on a mission, he was once shot down over the Pacific, rescued by submarine, and later given an award for bravery in action. Upon exiting the military, he graduated from Yale and pursued a successful career in the oil industry. 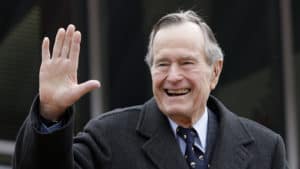 Bush served as president from 1989-1993, during which time he sent troops to Panama and Kuwait. Bill Clinton unseated him.

His wife Barbara died in April at the age of 92, shortly after the couple celebrated 73 years of marriage.

John McCain passed away on August 18 at the age of 81 after battling brain cancer. He unsuccessfully contested Barack Obama in the 2008 presidential election but won his 6th Senate term in Arizona in 2016.

McCain flew in Vietnam after graduating from both naval and flight school. He was subsequently shot down on a mission, breaking multiple bones and remaining in Japanese captivity for over five years. McCain refused early release in accordance with the military code of conduct, choosing to remain as a prisoner of war until the others were also rescued. 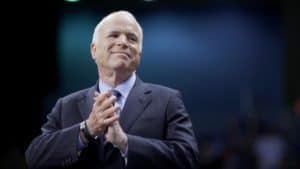 Senator McCain was famously unafraid to quarrel with the president. Barack Obama and George W. Bush were invited to give eulogies at McCain’s funeral, but Trump was not invited. Trump issued sympathy and respect to his family via Twitter but offered none to the memory of John McCain.

“Do not despair of our present difficulties but believe always in the promise and greatness of America, because nothing is inevitable here. Americans never quit.”

Perhaps there are no better words to bring 2018 to an end.