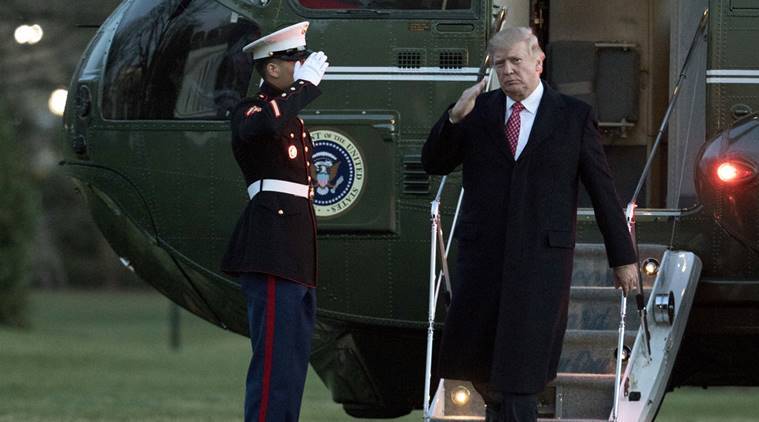 President Trump yesterday signed a new revised order banning six Muslim countries from entering the United States. Below is the full text of the law.

MEMORANDUM FOR THE SECRETARY OF STATE

THE SECRETARY OF HOMELAND SECURITY

SUBJECT: Implementing Immediate Heightened Screening and Vetting of Applications for Visas and Other Immigration Benefits, Ensuring Enforcement of All Laws for Entry into the United States, and Increasing Transparency among Departments and Agencies of the Federal Government and for the American People

By the authority vested in me as President by the Constitution and the laws of the United States of America, including the Immigration and Nationality Act (INA), 8 U.S.C. 1101 et seq., and section 301 of title 3, United States Code, I at this moment direct the following:

Section 1. Policy. It is the policy of the United States to keep its citizens safe from terrorist attacks, including those committed by foreign nationals. To avert the entry into the United States of foreign nationals who may aid, support, or commit violent, criminal, or terrorist acts, it is critical that the executive branch enhance the screening and vetting protocols and procedures for granting visas, admission to the United States, or other benefits under the INA. For that reason, in the executive order entitled, “Protecting the Nation from Foreign Terrorist Entry into the United States,” and issued today, I directed the Secretary of Homeland Security, in consultation with the Secretary of State and the Director of National Intelligence, to conduct a review to “identify whether, and if so what, additional information will be needed from each foreign country to adjudicate an application by a national of that country for a visa, admission, or other benefits under the INA (adjudications) in order to determine that the individual is not a security or public-safety threat.”

While that comprehensive review is ongoing, however, this Nation cannot delay the immediate implementation of additional heightened screening and vetting protocols and procedures for issuing visas to ensure that we strengthen the safety and security of our country.

Moreover, because it is my constitutional duty to “take Care that the Laws be faithfully executed,” the executive branch is committed to ensuring that all laws related to entry into the United States are enforced rigorously and consistently.

Sec. 2. Enhanced Vetting Protocols and Procedures for Visas and Other Immigration Benefits. The Secretary of State and the Secretary of Homeland Security, in consultation with the Attorney General, shall, as permitted by law, implement protocols and procedures as soon as practicable that in their judgment will enhance the screening and vetting of applications for visas and all other immigration benefits, so as to increase the safety and security of the American people. These additional protocols and procedures should focus on:

(a) preventing the entry into the United States of foreign nationals who may aid, support, or commit violent, criminal, or terrorist acts; and

(b) ensuring the proper collection of all information necessary to rigorously evaluate all grounds of inadmissibility or deportability, or grounds for the denial of other immigration benefits.

(i)   Beginning on April 28, 2017, and by the last day of every month after that, the Secretary of State shall publish the following information about actions taken during the preceding calendar month:

(A) the number of visas that have been issued from each consular office within each country during the reporting period, disaggregated by detailed visa category and country of issuance; and

(ii) The Secretary of Homeland Security shall issue reports detailing the number of adjustments of immigration status that have been made during the reporting period, disaggregated by type of adjustment, type and detailed class of admission, and country of nationality. The first report shall be issued within 90 days of the date of this memorandum, and subsequent reports shall be issued every 90 days thereafter. The first report shall address data from the date of this memorandum until the report is issued, and each subsequent report shall address new data since the last report was issued.

(b) To further ensure transparency for the American people regarding the efficiency and effectiveness of our immigration programs in serving the national interest, the Secretary of State, in consultation with the Secretary of Health and Human Services, the Secretary of Homeland Security, and the Director of the Office of Management and Budget, shall, within 180 days of the date of this memorandum, submit to me a report detailing the estimated long-term costs of the United States Refugee Admissions Program at the Federal, State, and local levels, along with recommendations about how to curtail those costs.

(c) The Secretary of State, in consultation with the Director of the Office of Management and Budget, shall, within 180 days of the date of this memorandum, produce a report estimating how many refugees are being supported in countries of first asylum (near their home countries) for the same long-term cost as supporting refugees in the United States, taking into account the full lifetime cost of Federal, State, and local benefits, and the comparable cost of providing similar benefits elsewhere.

(a) Nothing in this memorandum shall be construed to impair or otherwise affect:

(i) the authority granted by law to an executive department or agency, or the head thereof; or

(ii) the functions of the Director of the Office of Management and Budget relating to budgetary, administrative, or legislative proposals.

(b) This memorandum shall be implemented consistent with applicable law and subject to the availability of appropriations.

(c) All actions taken under this memorandum shall be consistent with requirements and authorities to protect intelligence and law enforcement sources and methods, personally identifiable information, and the confidentiality of visa records. Nothing in this memorandum shall be interpreted to supersede measures established under the authority of law to protect the security and integrity of specific activities and associations that are in direct support of intelligence and law enforcement operations.

(d) This memorandum is not intended to, and does not, create any right or benefit, substantive or procedural, enforceable at law or in equity by any party against the United States, its departments, agencies, or entities, its officers, employees, or agents, or any other person.

(e) The Secretary of State is hereby authorized and directed to publish this memorandum in the Federal Register.