NORTHERN NIGERIA IN AN APRIL UPRISING 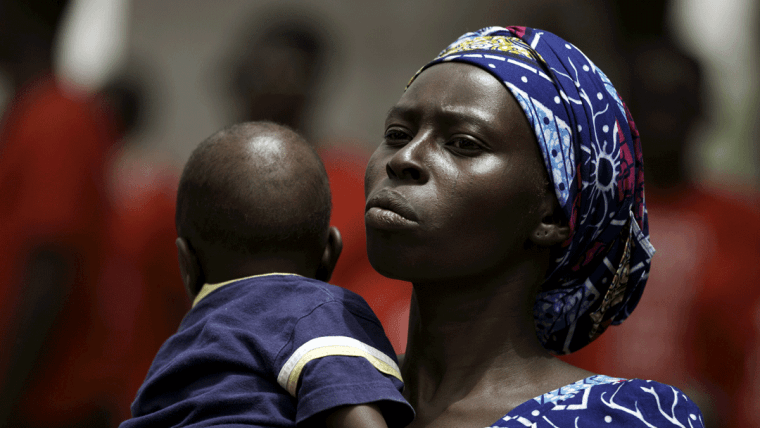 Just as I was about to write this article on the ORIGINS AND ENTRENCHMENT OF HATE IN NIGERIA, which I would still undertake, I came across the emir of Kano assertion few days ago about retrogression of Northern Nigeria. The Emir of Kano, Sanusi, Lamido Sanusi and the Sultan of Sokoto, Muhammadu Sa’ad Abubakar who are from the cauldrons of a culture of hate and years of manipulation of religion for political purposes, spoke to repudiate everything many in the Southern Nigeria have ascribed as the cause of the un-progressiveness of the North. They confirmed that the deterioration of the North has been due to a culture rooted in a pre-dated religion and outdated interpretation of the Koran.

The occasion was the Second edition of the Kaduna State Economic Summit, a North Central State, which unlike the Nigerian National Statistics, according to the State Governor, Naseer El-Rufai is growing at an annual rate of 7-11%. The event afforded the two eminent traditional rulers in the North, whose words are ‘LAW’ to the Muslim Ummah and in the Muslim North, to speak in such earth quaking manner in order to tectonically shift mindsets that have been so blind to a modern age and so steep set in a distant past. Emir Sanusi said that for The Northern region to leap forward developmentally, it must fix its social and religious problems, especially doing away with its 13th Century mindset of religion and culture. To quote the Emir of Kano “We are living in denial. The North East and the North West demographically constitute the bulk of Nigeria’s population. But look at the human development indices, look at the number of children out of school, look at adult literacy, look at maternal mortality, look at infant mortality, look at girl-child education completion rate look at income per capita, the North East and North West are among the poorest parts of the world.”

Continuing in his hard hitting remarks, Emir Sanusi Lamido Sanusi, a former Governor of the Central Bank of Nigeria and who should profoundly know added, “Break Nigeria into its component parts and these parts of the country,(North East and North West) if they were country, are among the poorest(in the world)” 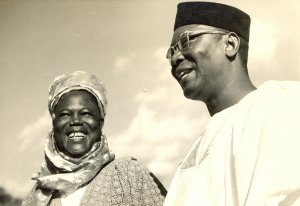 And indeed the truism of the Emir’s words ring so true when if as the Northern political leaders claim that Islam is their foundational thoughts for their society’s development and you compare the backwardness of the North with the progressiveness of DUBAI, QATAR, SAUDI ARABIA in the Middle East, then their argument of “ISLAM” falls on its face. Little wonder seemingly sad at the role of religion in Northern Nigeria politics which has been the dangerous cocktail weapon of Northern Nigeria for over 50 years said: “We are fighting culture. We are fighting civilization. We must wage an intellectual war because Islam is not un-ivocal. There are many voices, there are many interpretations. There are many viewpoints and we have for too long allowed the most conservative viewpoints. The consequences of that are that there are certain social problems”

Nothing could better point towards the primitiveness of the typical Northern Political leaders than when in the current wake of the outbreak of type C strain of Meningitis in over 10 states of Northern Nigeria, leading to the death of over 438 persons as at 7th of April, 2017. The Governor of Zamfara state, Abdulazziz Yari, incidentally, the current Chairman of Nigeria’s Governor’s forum, attributed the epidemic scourge to “God’s” curse on the victims for the sin of fornication, which does not happen in America”, a statement the Governor cannot in anyway prove. In a cogent rebuttal, the Emir of Kano said “As a man well read in Islamic Law, and I have a degree in Islamic Law, I know Governor Yari’s statements cannot be correct”. It is that kind of primitive mind set that has created over 3 million child street beggars in Kano state, the “ALMAJIRIS” according to Governor Ganduje of Kano State. And again while the current enrollment into the unity schools is ongoing, Kebbi State is only putting forward 63 pupils for secondary education, whereas of the total enrollment thus far of 73,378 pupils, Lagos state in the coastal south is entering 24,816 pupils.

In his own reaction to Yari’s statements, the Minister of State for health, Dr Osagie Ehanire, in dismissing the views said” The Federal Government does not have views of that nature and I am not sure the State Government can really continue to make that statement”

On his own part, the Sultan of Sokoto, Alhaji Mohammed Sa’ad Abubakar 111, called on political leaders to focus on programs that would better the lot of the ordinary Nigerians, especially, the poorer Northern Nigerians, the “talakawas”, through progressive political ideas and relevant programs that uplift the very poor.

It is now clearer to the uninformed and those who may choose to argue otherwise why in over 50 years despite the North producing military and civilian Presidents, and despite all attempts at modernizing the North, the politics of exclusion and the use of religion as a manipulative tool to hold on to power and dominate the nation, has not only made Northern Nigeria colossally backward but has made the journey of nationhood absolutely impossible. This has been the hindrance to Nigeria’s march into the 21st century

Now that the two most important voices in the North have proffered reasons for the unenviable position of the North in over five decades, let us hope that these traditional and Islamic authorities would wean the North from all their “TALIBAN ” ideas and enable Nigeria to commence its move to its long expected exceptionalism.