Disastrous British Election Fallout: Calls for Theresa May to resign as her top advisors quit 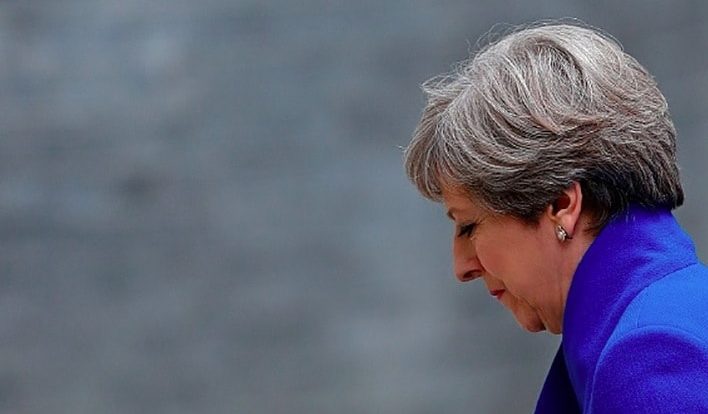 The United Kingdom’s general election on Thursday had a shocking result, as the Theresa May-led Conservative Party failed to win enough seats to maintain a majority government.

May called for a snap election on April 19th, in hopes of gaining a stronger majority. Instead, the Conservative Party won only 316 seats, eight short of the 326 needed to form a majority government.

The Labour Party, led by Jeremy Corbyn, gained more seats than it lost (with a gain of thirty) for the first time since 1997, and won its largest proportion of the popular vote since 2001. After his success, Corbyn demanded that Theresa May resign, stating that Britain had “had enough of austerity politics.”

Experts have pointed to Labour’s success winning over youth voters and fallout over the Brexit vote as reasons for the Conservative Party’s stunning loss. According to the Independent, over one million people under the age of thirty-five registered to vote after the election was called. Nearly half of those people were under the age of twenty-five.

Since the surprising result, the Tories have been in talks with the ten-seat Democratic Unionist Party, in hopes of forming a minority government with their support. Both the Labour Party and the Liberal Democrats have indicated they would be unwilling to form a coalition, and Labour leader Corbyn has called for May to, “make way for a government that’s truly representative”.

The election is likely to have wide reaching implications, particularly for the upcoming Brexit negotiations. While May stated that the negotiations would continue as planned, EU officials are reportedly bracing for a delay. Two of May’s closest advisors, Nick Timothy and Fiona Hill, have resigned, apparently due to public pressure on the Prime Minister to fire the pair.

There are calls for Theresa May herself to resign. Anna Soubry, who is a Tory member of Parliament and narrowly won reelection, told BBC, “It was a dreadful campaign [referring to May’s] – and that’s me being generous.”

When Soubry was asked whether she thinks May should resign, she replied: “It’s bad. She’s in a very difficult place.”

More positively, the election saw a record number of LGBTQ and female candidates elected. 201 female MPs and 45 LGBTQ MPs were elected, along with the first Palestinian MP, the first female Sikh MP, and the first turbaned Sikh MP.

After the results, Prime Minister May apologized to her losing colleagues, and stated, “As I reflect on the result, I will reflect on what we need to do in the future to take the party forward.”