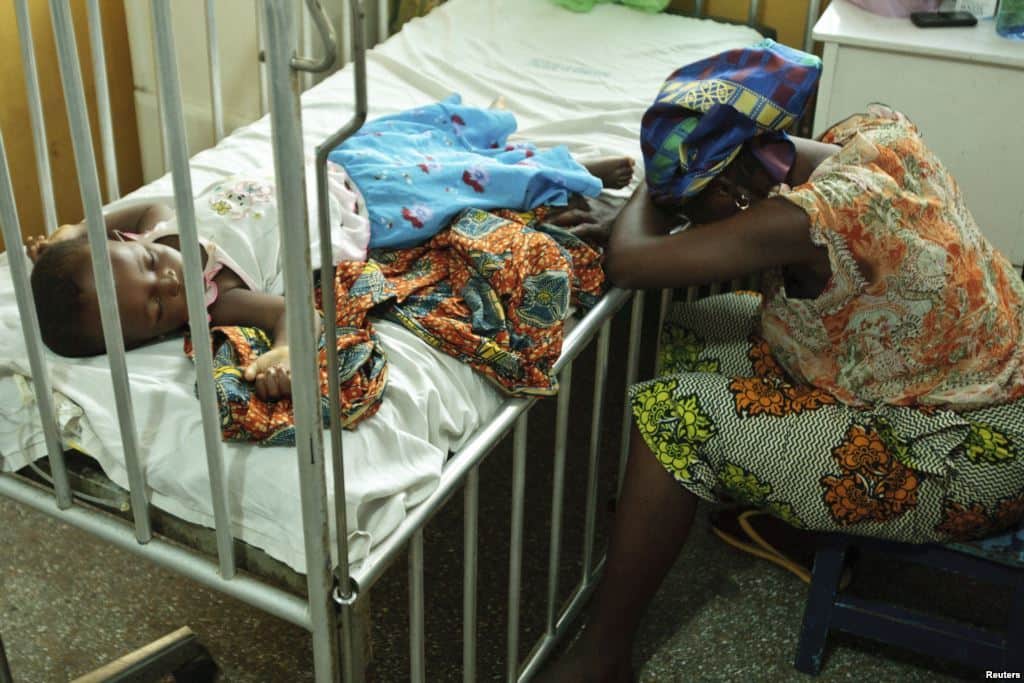 The National Health Insurance Scheme – known as NHIS and modeled after the British National Health Service – was intended to bring universal health care to Nigerians. However, the system meant to provide affordable services particularly to the country’s poor has failed and fraud allegations more widespread than believed.

A hearing last December in the House of Representatives unearthed the fraud that pervaded the scheme and the seething anger of NHIS enrollees and beneficiaries. Among those who allegedly colluded were NHIS officials and fund managers, the Health Management Organizations, or HMOs, or the go in-between the beneficiaries of NHIS and hospitals mainly based in Lagos and Abuja. In the untidy manner of Nigerian bureaucracies and accountability, government officials either ignored the frauds or tolerated them.

However, when Usman testified last month during a two-day hearing before the House Committee, which was looking into the “compliance rate of the health management organizations to the NHIS contributions and utilization of funds by the health care providers and inhumane treatment of enrollees”, the inquiry was explosive.

The room was set ablaze with hot verbal exchanges. It was a no-holds-barred sordid revelation by the executive secretary. When the dust cleared it was discovered that since 2005 – 11 years since the HMOs were established -, N315 billion had been paid to HMOs, and N60 billion paid as administrative charges. Yet, the NHIS owed N2.276 billion to hospitals in the country. Measured against these large payouts and bills, only 1.5 percent of Nigerians received coverage in a country with a population of 180 million. During Usman’s testimony, he said, “Health care financing in our country is nothing but fraud”. Gesticulating and seemingly disgusted, he added, “For 12 years, the HMOs have never been called to account for their deeds and misdeeds”.

Minister of Health, Prof. Isaac Adewole – represented by Mr. L.H. Balami, Director of Hospital Services in the Ministry – also testified. Adewole lambasted the HMOs for “doing little or nothing with the N315 billion received so far”. The ministry and the executive secretary agreed on the relevance of the HMOs in the dispensation of Health Services to Nigerians, a population that the minister says are only 4 percent covered, which gives the ministry some concern. According to Hon. Chike Okafor, of 59 HMOs that received NHIS monies, only 24 have made their accounts available for auditing. The House committee ordered the remaining 35 to submit audited accounts within two days.

A week after Usman testified before the House, the executive secretary received a three-week suspension from office. He was asked to comply with an investigation into allegations against him. But, Usman said he was going nowhere, stating that only the president, – this time curiously sick and out of sight – could remove or suspend him. Acting president Prof. Yemi Osnbajo – a Yoruba – ordered Usman’s suspension on the basis of two petitions bordering on fraud and abuse of power. Ade Ipaye, the chief of staff, signed Osnbajo’s letter dated 10th July 2017. Could there be an ethnic coloration to all this disobedience or the rebuff by Prof. Usman?

In his reaction, Usman drew the attention of the minister to the extant civil service rules and the NHIS act that states, “particularly section 4 and 8 thereof, my appointment and removal from office whether by way of suspension or otherwise is at the instance of the president. My appointment is for a period of five years, subject to further term of the same period at the discretion of the president”. Continuing his response, he added… “You have presidential mandate to exercise the powers and functions of the council, but since the powers and functions of the council do not include discipline, suspension or removal of the executive secretary of the scheme from office, the directive in your letter under reference cannot find comfort under the said sectional presidential mandate. The letter of suspension is not in accordance with the public service rules as no prima facie case has been established against me in respect of the petition referred to in the letter among others”.

While Prof. Usman calls on the Independent Corrupt Practices Commission, ICPC, to investigate the allegation against him in a due process manner, he has moved three huge “Ghana-must-go” bags out of his office containing documents and files of all the general managers of units in his office, and possibly items from previous executive secretaries, to unknown destination. However, this action is against civil service rules.

Three weeks prior to the House of Representatives hearing, the Senate in their investigation found “corrupt expenditure of N292 million, which Usman spent on healthcare training without recourse to any appropriate approving authority”. The Minister of Health ordered the suspension over allegations of procurement of a N58 million SUV without due process under the Bureau of Public Procurement Act. Therefore the suspension was necessary according to the minister, Prof. Adewole “to allow unhindered investigation into all the allegations”. But with three big boxes of evidences carted away by Usman, it is unclear what evidence could be found.

The actions of the Minister have pitched him against the House of Representatives who are investigating fraud in the NHIS scheme. Hon. Okafor, the Chairman of the House Committee, said, “How many chief executives have come publicly to say that the agencies we are heading are corrupt? Believe you me; by the posture of Prof. Yusuf, before, during, and after the public hearing, I think the man is working in tandem with the anti-corruption crusade of the president. He was on oath and couldn’t have lied at the two-day hearing “No sane Nigerian will not believe that “the witch cried in the night and the baby died in the morning”.

We do not have power to hire or suspend, but let the world hear that we think that the suspension of Prof. Yusuf has to do with his anti-corruption stance”. The house has ordered his re-instatement, a resolution, the minister and presidency have ignored. And to prove that he, the executive secretary, is against the fraud he found in the system, on assumption of office in 2016, he visited the ICPC Chairman, Mr. Ekpo Nta, and appealed to him to probe the NHIS and the HMOs.

The probe uncovered 23,000 ghost enrollees. He through his ICT crack team, Members of Galaxy Backbone, the National Identification Management Commission and the Nigerian Communication Satellite, detected the padding done by a former general manager, who was later made the executive secretary of the NHIS. Accreditation of HMOs has expired since 2013 and he has vowed only to re-accredit them after they pay what they owe the hospitals. Enrollees being treated poorly and with disrespect, despite the N60 billion administrative fees paid between 2015 and 2016. The HMOs failed to make timely payments to primary facilities and issue authorization code for referrals.

The HMOs not only delay payments to facilities, they underpay and sometimes do not pay at all, take for example the N2.276 billion owed to hospitals. Sometimes the primary facilities encounter problems such as delayed or no responses to emergency calls to HMOs, according to Alhaji Shuaibu Ahmad, zonal coordinator for the NHIS North West office. Quality care is subpar and respect for enrollees’ rights and dignity lacking. Despite these charges and a push to recover N3.5 billion debt owed the hospitals by the HMOs, Prof. Usman claims he is being victimized. “These are not hear says”, he claims. “These issues have been investigated by the ICPC, the DSS, (The Department of State Services) and the reports are there,” Prof. Usman said.

But allegations of fraud go beyond the HMOs and Usman. The minister, Prof. Adewole has a few questions to answer himself having been investigated by the ICPC, based on allegations posited before the ICPC against him and the former executive secretary.

It is alleged that vehicles were bought for the ministry, and ministry’s officials. The minister is said to be using some of the vehicles. In view of such messy allegations, Hon. Chike Okafor, the House Committee Chairman, taking testimony from Prof. Usman wonders why if the president has not suspended him, he is on a witch-hunt. In Okafor”s words “we think the petition against (Prof. Yusuf Usman) are sponsored and the accusations flimsy”.

The HMOs have, however, countered some of Prof. Usman’s assertions. Dr. Lekan Ewenla, head of a representative chapter of the HMOs Health and Managed Care Association of Nigeria, says the executive secretary has an open hatred for the HMOs, and lacks proper understanding of the administration of health insurance. While Dr. Ademola Aderibigbe representing 10 HMOs under the aegis of Association of Health Maintenance Organization and Practitioners of Nigeria, denies that all HMOs are fraudulent. Dr. Tunde Ladele, head of HMOs, considers that part of the reasons for the lack of success of the NHIS scheme has been that the scheme operators have derailed from the purpose of the NHIS Act of 1999. One way to remedy it all is to change the schemes nomenclature among other thing, he said. Dr. Ewenla seeks a change of name from the National Health Insurance Scheme to National Health Insurance Commission so it functions more appropriately as a regulatory commission that does not deal with funds. In this case, the HMOs, who are the insurance company component of the scheme with a demand to have a minimum capital base of N400 million, can function as drivers of the scheme.

All these and other far-reaching changes will only happen when the indictments, accusations, allegations and counter allegations and suspension, probes and investigations are finally cleared. But first, weightier issues of Constitutional Amendments, restructuring or not of Nigeria need to be addressed.