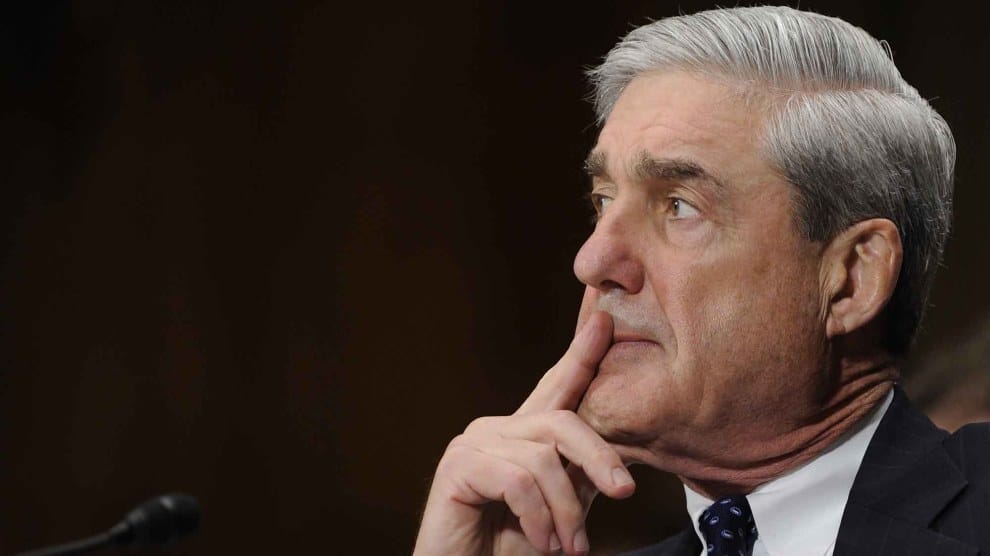 ROBERT MUELLER special counsel overseeing the investigation into Russian meddling in the 2016 US elections (Credit Image: © Xinhua via ZUMA Wire)

Friday a federal grand jury approved the first charges in the investigation led by special counsel Robert Mueller, according to sources briefed on the matter.

The charges, sealed under orders from a federal judge, were prepared Friday for anyone charged to be taken into custody as soon as Monday, October 30th, however, the charges remain unclear as first reported by CNN.

A spokesperson for the special counsel declined to comment, as did the White House.

Mueller, who was appointed in May, leads the investigation into Russia’s “alleged” meddling in the 2016 election.

Under regulations governing special counsel investigations, Deputy Attorney General Rod Rosenstein, who has oversight on the Russian inquiry, would have been made aware of any charges before they were taking to the ground jury for approval, according to those familiar with the matter.

Top lawyers involved including Andrew Weissmann, were seen entering the courtroom in the DC federal court where the grand jury gets to hear testimony on the Russia probe.

Reports present witnessed a flurry of activity at the grand jury room, but officials made no announcements.

Mueller took the reins of the federal investigation shortly after President Donald J. Trump fired FBI Director James Comey. Rosenstein appointed him after Attorney General Jeff Sessions recused himself on the investigation, which was opened by Comey in July of 2016, in the middle of the presidential campaign.

The special counsel’s investigation has focused on potential collusion between the Trump campaign and Russia, as well as obstruction of justice by the President, who might have attempted to derail the investigation.

Mueller and his team have also examined foreign lobbying conducted by former Trump campaign Chairman Paul Manafort, former national security adviser Michael Flynn and others for which subpoena’s have been issued requesting documents and testimony to a litany of figures present in the Trump Tower meeting between Russians and campaign officials.

The Comey lead investigation secured approval from the court that oversees the Foreign Intelligence Surveillance Act to monitor the communications Manafort, as well as Trump campaign adviser Carter Page.

In addition to Mueller’s probe, three committees on Capitol Hill are conducting their own investigations.

On the airwaves with CNN’s Jake Tapper Sunday, New Jersey Governor Chris Christie voiced his concerns about the “leak” of such investigatory findings to the media stating, “Depending on who leaked this to CNN, that is a criminal violation potentially. I think for us to have confidence in this process we gotta make sure the grand jury process remains confidential and remains secret so that special counsel can work effectively.”

By July, it was reported that Mueller was working with New York Attorney General Eric Schneiderman and Manhattan DA Cyrus Vance Jr. in probing Manafort’s finances for evidence of possible money laundering.

Manafort has borrowed and spent tens of millions of dollars on real estate over the past decade.

He was terminated from heading up Trump’s campaign in August 2016, after reports that he allegedly took hundreds of thousands of dollars in under-the-table payments for consulting with pro-Kremlin political organizations in Ukraine.

In March, The New York Times reported that Manafort may have gone to great lengths to hide this income.

An invoice cited by the Times appeared to show he funneled $750,000 in Ukrainian payments into an offshore account.

Manafort also allegedly failed to register as a foreign agent with the Justice Department in 2012 through 2014, as his lobbying firm accepted $17.1 million in Ukrainian payments.

Closer to home, property records show Manafort repeatedly used shell companies to purchase real estate, including in New York, in all-cash deals, afterward transferring the properties into his own name and taking out size-able mortgages against them — a typical money-launder scheme, according to investigations by WNYC and others.

In late July, the FBI conducted a predawn, records-seizing raid on Manafort’s home in Alexandria, Va.

Gun-wielding FBI agents picked his locks and snuck into the home to gather evidence as he and his wife slept upstairs.

Manafort has repeatedly insisted he has committed no crime.