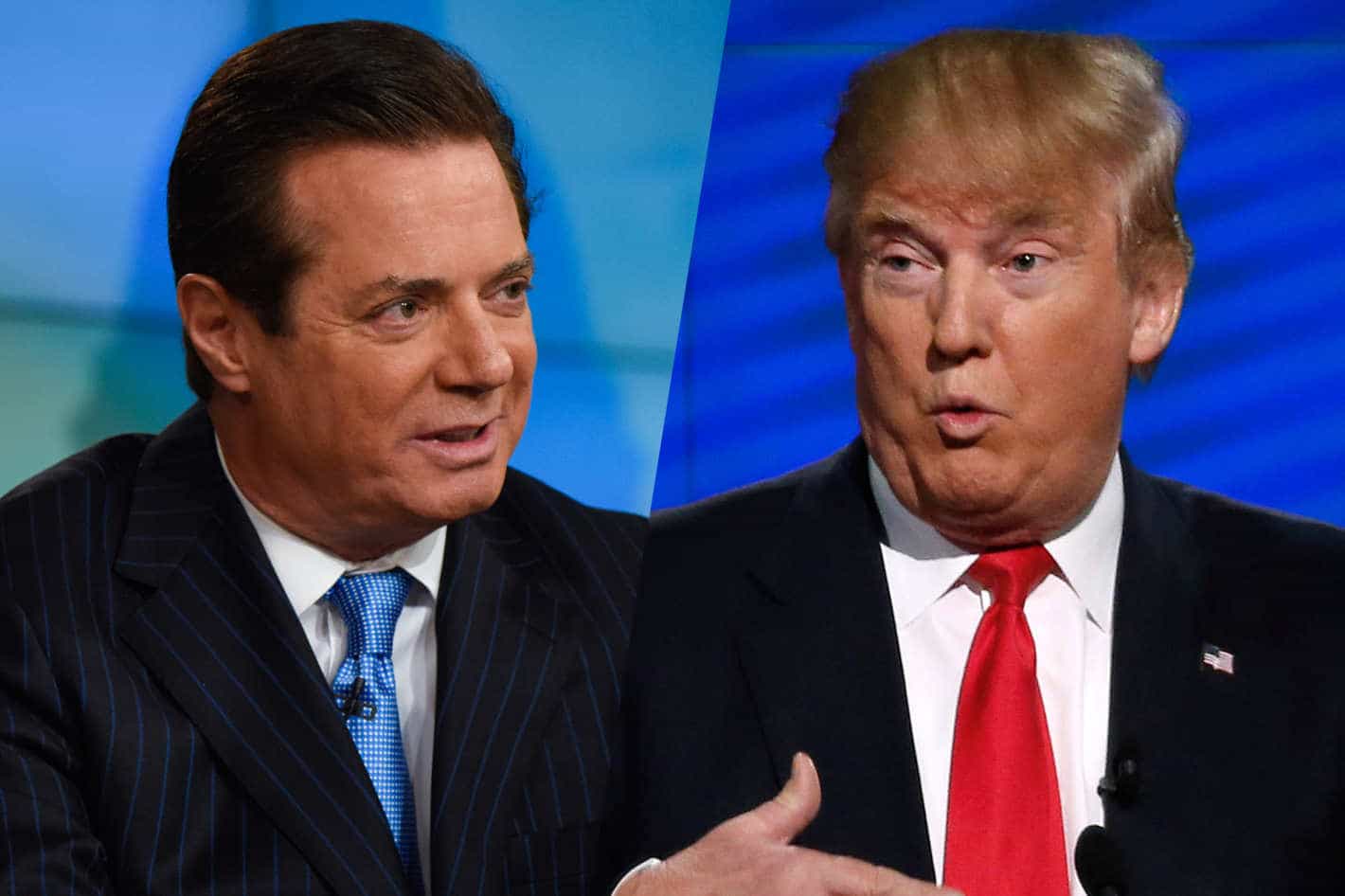 “Manafort used his hidden overseas wealth to enjoy a lavish lifestyle in the United States without paying taxes on that income,” the indictment reads.

Gates, a longtime business associate of Manafort since the mid-2000s also served as his deputy on the campaign.

Mr. Gates is accused of transferring more than $3 million from offshore accounts. The two are also charged with making false statements.

“As part of the scheme, Manafort and Gates repeatedly provided false information to financial bookkeepers, tax accountants, and legal counsel, among others,” the indictment read.

Manafort arrived at the FBI’s Washington field office Monday morning. He and Gates were indicted under seal on Friday. The two are being processed separately, according to a law enforcement official. They will later be transported to federal district court in Washington later Monday morning.

The charges against two top officials from President Donald Trump’s campaign signals a dramatic new phase of Mueller’s wide-ranging investigation into possible collusion between the Russian government and members of Trump’s team as well as potential obstruction of justice and financial crimes.

Manafort, whose work for former Ukrainian President Viktor Yanukovych attracted scrutiny from federal investigators, previously denied financial wrongdoing regarding his; Ukraine-related payments, bank accounts in offshore tax shelters and various real-estate transactions over the years. Gates, who has also denied wrongdoing, was Manafort’s longtime business associate in his lobbying firm before being tapped as his deputy on the Trump campaign.

They are the first two officials in Trump’s orbit charged in connection with the special counsel investigation, which is exploring whether Trump’s actions surrounding the firing of former FBI Director James Comey amount to obstruction of justice. Mueller has taken a broad approach to his mandate that includes a focus on the financial dealings of Trump’s team.

Before the indictment, the FBI in July executed a so-called no-knock search warrant with guns drawn at Manafort’s home in Alexandria, Virginia, seizing financial and tax documents, including some that had already been provided to congressional investigators.

The Times reported in August 2016 that Ukrainian investigators found Manafort’s name in an off-the-books, handwritten ledger detailing secret payments — including $12.7 million to Manafort from Yanukovych’s Party of Regions.

Manafort denied he had received any such payment and claimed the ledger was forged. But just days later, he resigned from the campaign as the accusations swirling around him became a major distraction for Trump.

Mr. Trump’s lawyer, Ty Cobb, said there were no concerns that Mr. Manafort would offer damaging information about the president in exchange for a deal.

Some close to Mr. Manafort, including his former business partner Roger J. Stone Jr., have said he had nothing to offer that would help prosecutors build a case against Mr. Trump.

“He’s not going to lie,” Mr. Stone said in September.

Mr. Manafort, a veteran Republican strategist, joined the Trump campaign in March 2016 to help keep delegates from breaking with Mr. Trump in favor of establishment Republican candidates. Mr. Trump soon promoted him to chairman and chief strategist, a job that gave him control over day-to-day operations of the campaign.

Mr. Trump has denied any such collusion, and no evidence has surfaced publicly to contradict him. At the same time, Mr. Trump and his advisers this year repeatedly denied any contacts with Russians during the campaign, only to have journalists uncover one undisclosed meeting after another. Trump defensive tweet storms from yesterday started again this morning about the investigations.

….Also, there is NO COLLUSION!

Sorry, but this is years ago, before Paul Manafort was part of the Trump campaign. But why aren’t Crooked Hillary & the Dems the focus?????