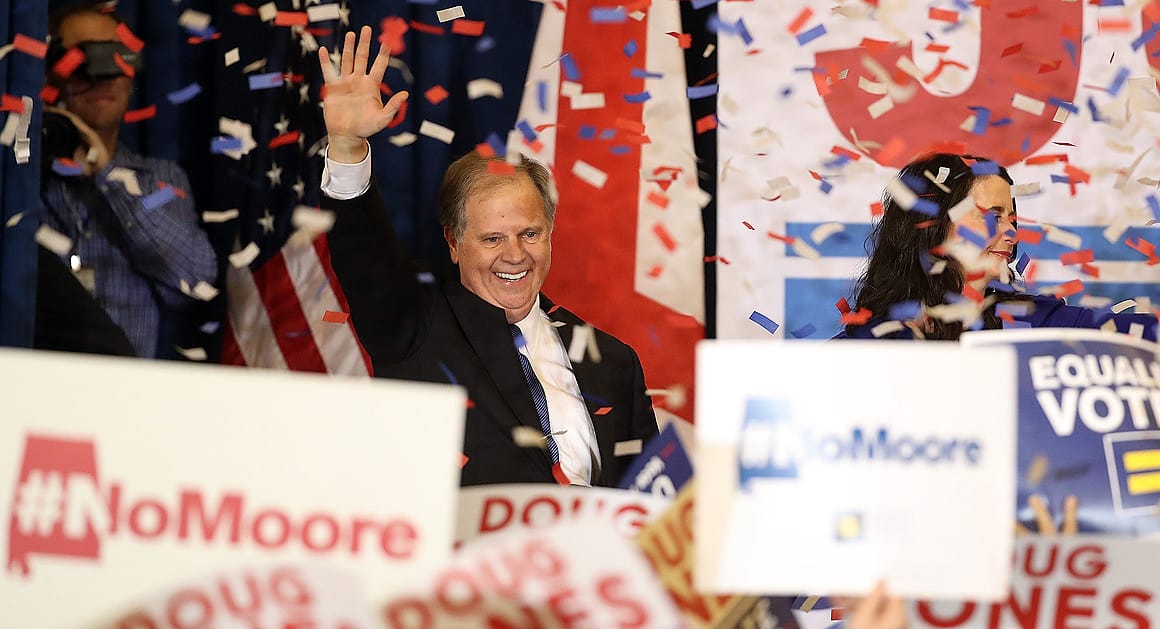 In a surprising upset on Tuesday, Democratic candidate Doug Jones won the special election for US Senate in Alabama. His Republican opponent, former Alabama Supreme Court Justice Roy Moore, had been dogged by allegations from multiple women that he had either sexually harassed or assaulted them while they were minors.

Jones’ victory narrows the Republican majority in the Senate to 51, potentially imperiling a GOP agenda that has already faced legislative setbacks. He’s the first Democrat elected to the Senate from Alabama in over twenty-five years. The former US attorney’s win was driven by high performance in the areas around Birmingham, Montgomery, Huntsville, Mobile, and Tuscaloosa, in addition to high turnout in majority African American counties.

With the Senate set to consider significant changes to the nation’s tax code next week, Democrats have called on Majority Leader Mitch McConnell to delay votes on the legislation until after Jones is seated. Senate Republicans have indicated that the vote on the bill will likely still be held before Congress leaves for the holidays.

Clashes Between Palestinians and Israelis Over Trump Decision

Eight Palestinians are dead, and hundreds of people are wounded amid intensifying conflicts in the West Bank and Gaza Strip, as the fallout from President Trump’s decision to recognize Jerusalem as the capital of Israel continued.

President Trump recognize Jerusalem as the capital of Israel

Friday marked the third day of protests since the President’s announcement on Wednesday. In addition to the demonstrations, there have been reports of rockets being fired from Gaza into Israel, prompting Israeli air strikes in response.

Palestinian leaders have said they will not conduct negotiations with the United States until the decision has been reversed, and accused the Trump administration of abandoning a two-state solution.

Russia Prepares for the Future in Syria

Russian President Vladimir Putin made an unannounced to Hmeimim airbase in eastern Syria this past week, where he announced that Russian forces would begin to withdraw from the country. In addition to announcing the withdrawal, Putin said that Russia would continue to operate the airbase, as well as their naval facility in Tartus, permanently. 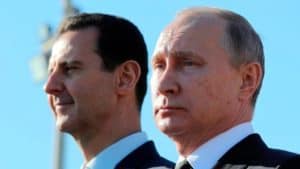 In a speech that was also aimed at his domestic political audience, Putin declared victory in the conflict. Many observers believe he’s preparing for a final political solution in the coming year, one that secures Russia’s influence in the region and likely keeps Syrian President Bashar al-Assad in power.

Putin’s vision for the country clashes with the United States’ position that any political solution includes the end of the Assad regime, but US-backed opposition forces have little remaining territory under their control.

Zimbabwe President Emmerson Mnangagwa has secured control of the country’s ruling ZANU-PF party. Speaking at a party congress on Friday, he said their priority should be fixing the country’s ailing economy if they hope to win next year’s election.

Mnangagwa was confirmed as party President and First Secretary and was endorsed as their candidate in the coming elections. Grace Mugabe, wife of ousted former President Robert Mugabe, along with her allies in the organization were expelled.

In his speech, Mnangagwa called for “credible, free, fair and transparent elections.” Earlier this week, the new President said that the elections could be held as early as March 2018.

The Federal Communications Commission voted 3-2 on Wednesday to repeal net neutrality regulations established under the Obama administration. The move, while facing bipartisan opposition among the public, passed on a party-line vote with the support of some Republican legislators. Trump appointee and FCC Chairman Ajit Pai said the move would allow internet service providers to increase investment and innovations, providing more value for consumers. Opponents of the move fear providers will use the lax regulations to raise prices for diminished service. 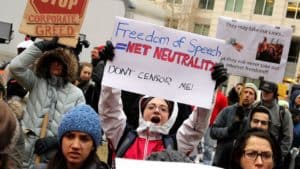