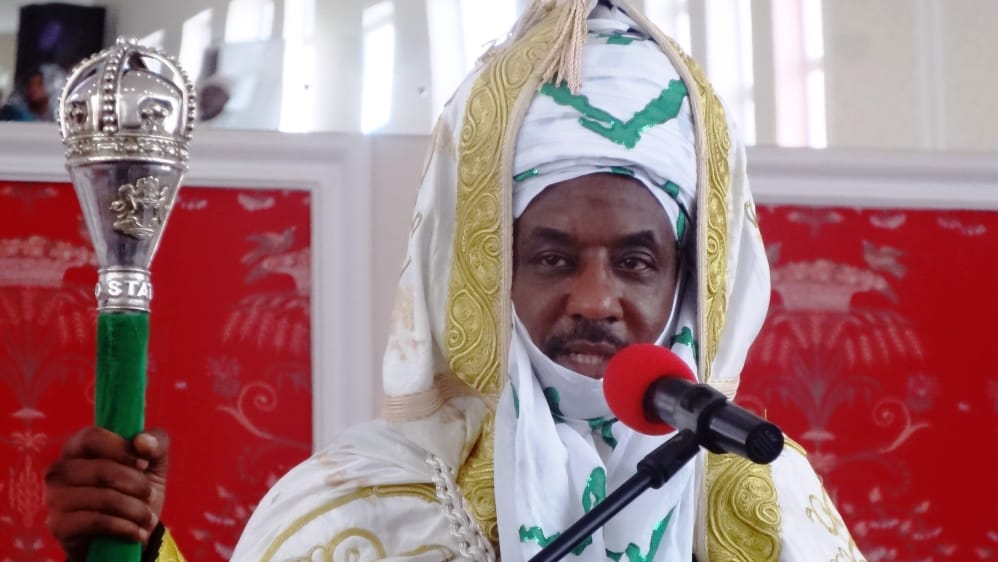 A prominent Nigerian monarch, Emir of Kano, Muhammadu Sanusi, has revealed that many of the country’s politicians are guilty of using illicit drugs, and as such not fit to hold public positions.

The monarch said the development, which is predominant amongst governors and lawmakers, is worrisome, as many of them have become addicted to illicit drugs.

He stated that there is a need for an urgent drug test to be carried out on the political leaders to ascertain the level at which they are at risk of the implication inherent in the abuse of substances while noting that he would not hesitate to subject himself to the same test.

Sanusi, who spoke in Kano at the opening of a two-day Senate Roundtable on Drug Abuse Epidemic in Nigeria, organized by the Senate, also alleged that the politicians condone the use of such illegal substances by their bodyguards and thugs, who serve as mercenaries during electioneering.

He said: “I will be happy to subject myself to a drug test. We deceive ourselves if we say we are not part of the problem. 90 percent of issues that we have flourished due to lack of political will.

“Anybody who has an element of drug abuse found in him should quickly resign his position because he is not fit to hold a public position.”

He said it was hypocritical and amounted to mere talk for a governor or senator or any big political office holder, to speak against drug abuse in the society, while having highly drugged thugs as his bodyguards moving around freely.

“Political leaders employ and support drug addicts as bodyguards, despite their unlimited access to established security agencies, both public and private.

“Today, it is better to be a drug baron on the payroll of a political leader, than to be a legally recognized security man, which means we must clean our acts before trying to achieve anything.”

While he noted that he was ready and happy to be subjected to any drugs test, the Emir said he would resign from his position if tested positive.

“And if I am found not worthy of being emir, I will quietly resign because the matter is bigger than what we are talking about.”

The Kano emir stated that several laws are on the books to fight drug abuse but lamented that they are not being implemented.

He said: “If we are not implementing these laws in the books, what assurance do we have that new one will be implemented?

“The trade in illicit drugs is a protective trade, and we must ask, who are those involved in this? How many rehabilitation centers do we have? How well equipped are they ready for the challenges; how many capacity development centers do we have?   I think we must answer these questions for us to make headway.

“Like I always say, if you don’t want to hear the truth, don’t invite me. Our major problem is that we are not implementing the laws we have for regulating drugs.

“We have guidelines on who is allowed to sell drugs and who to sell the drugs to, but we are not following these guidelines, the emir stated.

The Senate President, Bukola Saraki said the Senate is pushing for laws that will tackle the menace of drug abuse in the country, noting that it was a significant concern for the future of younger generations.

Saraki noted that the National Assembly decided to take decisive actions against drug abuse in the country through the roundtable, as part of moves to finally tackle the menace. He said: “If we continue to be a society that ignores laws and do as we wish, we are not far from being a failed state.

“But in the Senate, we are firm in ensuring that what is right is done to protect the nation. We want to see here before we finish the two-day roundtable in Kano that some pharmacies are closed down for violating the rules. Then we will know we are serious about it.”

According to him, the primary purpose of the programme was to send a message that there was hope in actualizing a drug-free society. “There is no sense in calling agencies to fight drugs when we are not funding them. It doesn’t make sense. We must make a commitment that we are ready to do away with these problems. We should not be discouraged in the fight, as political leaders, we must have the political will in the fight.”