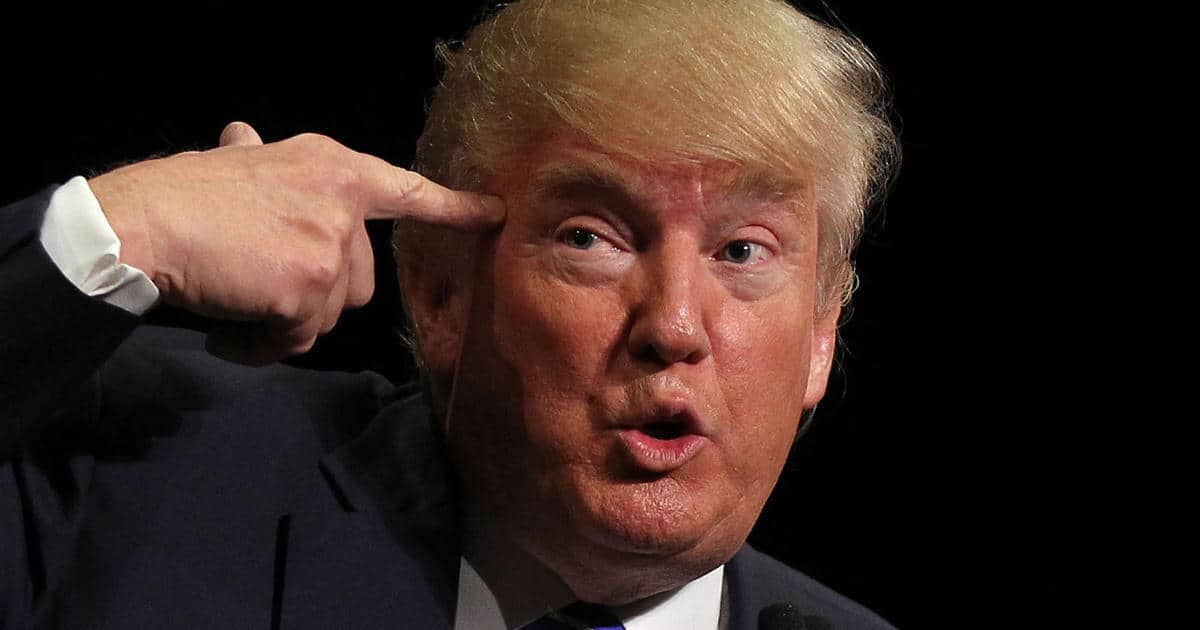 Speaking behind closed doors; using racist, derogatory terminology on Thursday, Trump exhibited severe disgust for immigrants from  Africa, Haiti, and El Salvador. Trump referred to immigrants from countries mentioned above as immigrants from “shithole countries,” according to The Washington Post.

The meeting was held with a team of senators who met with him to compromise on a deal; protecting DACA participants, while increasing border security, and restoring protections for immigrants from Haiti, El Salvador, and African countries as part of a bipartisan immigration deal, according to two people briefed on the meeting.

Trump’s strong words expressed his frustration over the bipartisan immigration pitch referring to African countries and Haiti — “Why are we having all these people from shithole countries come here?”

The source said Senate Minority Whip Dick Durbin was explaining to him a proposal to end the visa lottery in exchange for Temporary Protected Status (TPS) for countries such as El Salvador. Durbin was going through a list of TPS countries that would be covered. When he got to Haiti, Trump asked why the US wants more people from Haiti and African countries. He then suggested that the United States should instead bring more people from countries like Norway, whose prime minister he met Wednesday.

“. . .Like other nations that have merit-based immigration, President Trump is fighting for permanent solutions that make our country stronger by welcoming those who can contribute to our society, grow our economy and assimilate into our great nation.” Outlining a potential bipartisan deal, the lawmakers discussed restoring protections for countries that have been removed from the temporary protected status program while adding $1.5 billion for a border wall and making changes to the visa lottery system.

The administration announced this week that it was removing the protection for approximately 200,000 citizens of El Salvador.

Trump had seemed amenable to a deal earlier in the day during phone calls, aides said, but shifted his position in the meeting and did not seem interested.

Second Ranking Democrat Durbin and Republican Sen. Lindsey Graham were meeting with Trump and GOP lawmakers to discuss a compromise plan from a bipartisan “Gang of Six” senators, but were rebuffed and told to keep working, Durbin said told reporters.

Graham and Durbin thought they would be meeting with Trump alone and were surprised to find immigration hard-liners such as Rep. Bob Goodlatte (R-Va.) and Sen. Tom Cotton (R-Ark.) at the meeting. The meeting was impromptu and came after phone calls Thursday morning, Capitol Hill aides said.

“We still think we can get there,” White House press secretary Sarah Huckabee Sanders said at the daily White House news briefing.

As the January 19 deadline for reaching agreement on government spending encroaches, many Democrats insist it must include immigration as the Deferred Action for Childhood Arrivals program is set to end in early March. The Department of Homeland Security counts 690,000 people currently enrolled in the program.

For border security the plan would provide $2.8 billion, including $1.6 billion for a border barrier, technical surveillance and agent training, plus another $1.2 billion for other border priorities, the aides said.

Cotton said the plan falls short of Trump’s request for border wall funds. While Trump said throughout his campaign that Mexico would pay for the border wall, he’s been seeking money from Congress.

The Wall Street Journal quoted him Thursday as saying in an interview that Mexico can pay for a wall through the North American Free Trade Agreement. “I’m going to take a small percentage of that money, and it’s going toward the wall,” the president was quoted as saying.

”I’m not sure what the next step will be,” Durbin told reporters. “The President invited us to — at his little get-together in the Cabinet room — to come up with proposals, and we did. It’s a bipartisan proposal which we’ve worked on for four months in the Senate, and I don’t know what happens next.

“Without the President’s buy-in, the work of the group can’t reach the Senate floor, Republican leaders said.

White House legislative director Marc Short told reporters on Capitol Hill after the meeting that the President wants a “broader” deal on the family piece than just the covered recipients.

House Minority Leader Nancy Pelosi, a California Democrat, told reporters there is “no point” in doing another short-term spending bill unless lawmakers have an agreement on the dreamers.

Donald Trump has a well documented and colorful history of racism. In fact, the very first time Trump appeared in the New York Times, back in the 1970s, was when the US Department of Justice sued him for racial discrimination. Since then, he has repeatedly appeared in newspaper pages across the world as he inspired more similar controversies.