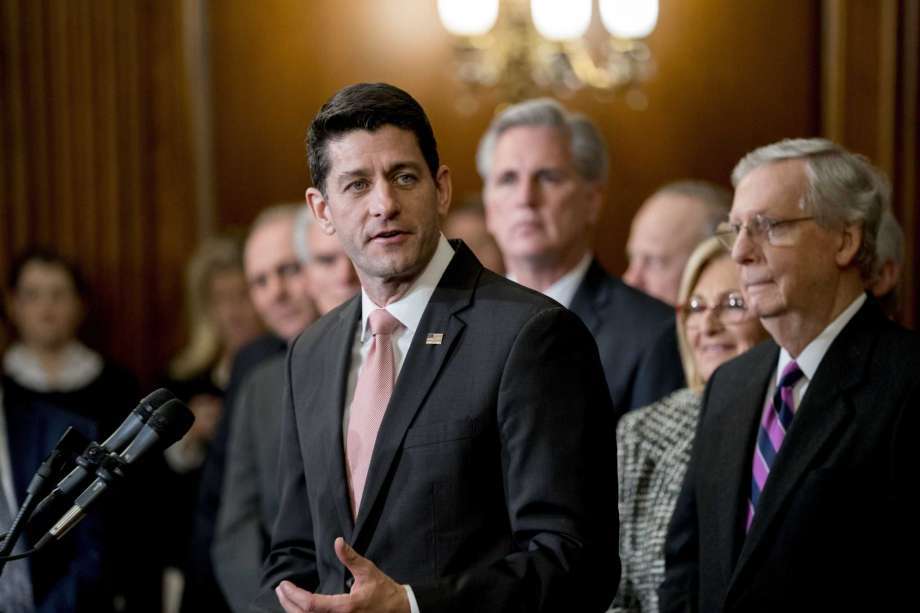 After a day of meetings and lobbying to swindle votes, the House of Representatives tonight passed a short-term spending bill to avoid a government shutdown on the one-year anniversary of Trump’s Presidency. The looming resolution to fund the government through February 16th passed 230-197. Senate Democrats, enraged by President Trump’s vulgar disparaging and lack of progress on a broader budget and immigration deal — appeared set to block the measure.

The successful vote will head to the Senate after a treacherous day on Capitol Hill, which began with President Trump tweeting statements undermining his party’s strategy to keep the government open past Friday. By late afternoon Wednesday, murkiness ensued as to whether the bill to keep the government open past midnight Friday could even clear the House, much less the Senate — as Democratic votes would be required to win passage.

At least a dozen Democrat’s will have to curry favor of the measure by Friday, as they appear to dig their heels in on securing concessions to protect young immigrants from deportation, increase domestic spending, aid Puerto Rico and uplift the government’s response to the opioid crisis, which according to the HSC, killed over 37,000 people in 2016.

“At some point, Congress needs to do better than government-by-crisis, short-term fixes, and sidestepping difficult issues. That time is now,” said Senator Chris Coons, Democrat of Delaware. “I still believe we can keep the government open, solve the issues we’ve failed to address for several months and govern this country the way the American people expect us to, but the short-term bill that House Republicans passed tonight simply doesn’t meet the test of basic governance.”

The weeks-old standoff on immigration and spending only grew more gruesome last week after Mr. Trump referred to African nations as “shithole countries.” By Thursday, budget negotiations were making little progress even as prominent House Democrats were introducing a resolution to censure the president for his words.

Senate Democrats unified around a “no” vote. Senate Democratic leader Chuck Schumer said, “there will be no incentive to negotiate, and we’ll be right back here in a month with the same problems at our feet.”

“We’re either going to act like 13-year-olds or not,” said Senator John Kennedy, Republican of Louisiana. “Our first job is to keep the government going, and if you’re going to shut her down, it better be for a damn good reason.”

The treacherous day on Capitol Hill began with the president tweets undermining his party’s strategy to keep the government open. Republican leaders had spent Wednesday pressuring Democrats to vote for the spending bill, arguing that opposing it would effectively block a six-year extension of the Children’s Health Insurance Program, or CHIP, which they had included in the spending bill. Funding for the program lapsed at the end of September.

Thursday morning Mr. Trump suggested funding should not be part of the stopgap bill, writing on Twitter: “CHIP should be part of a long-term solution, not a 30 Day, or short-term, extension!”

More than fifteen members of the Senate Democratic caucus voted for the last stopgap measure in December. Many of those members have already said they would oppose the latest bill or have suggested they were leaning in that direction, including Mr. Warner, Mr. Kaine, Senator Patrick J. Leahy of Vermont and Senator Jon Tester of Montana.