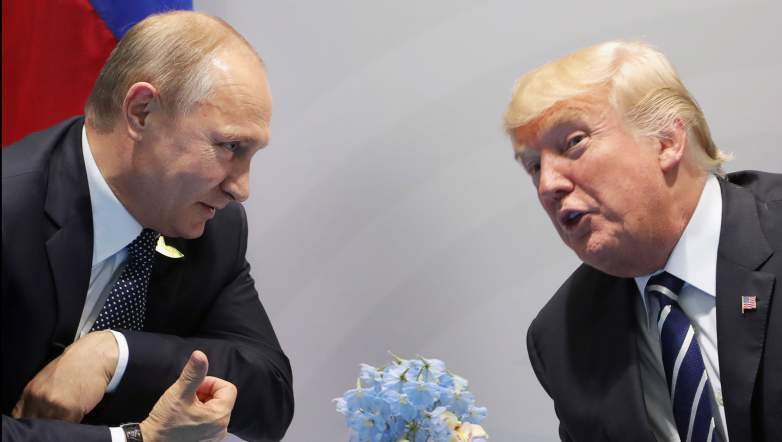 The White House ordered the release of an FBI memo Friday morning, ending the debate over whether releasing such classified information was overstepping the bounds of the Republican party.

President Trump’s security advisors advised against releasing the memo because it contains sensitive national security information. Even the FBI, a nonpartisan agency that would typically rarely make public comments about a sitting president, denounced the efforts to release the memo on Thursday, January 31. The FBI said they were not given the opportunity to thoroughly review the memo and therefore are worried about its accuracy.

However, President Trump insists the memo shows that the FBI and Department of Justice are biased against Republicans, and the public deserves to know its contents. He tweeted “The top Leadership and Investigators of the FBI and the Justice Department have politicized the sacred investigative process in favor of Democrats and against Republicans – something which would have been unthinkable just a short time ago. Rank & File are great people!”

The subject of the six-page memo is “Foreign Intelligence Surveillance Act Abuses at the Department of Justice and the Federal Bureau of Investigation.”

According to the Washington Post, “The memo accuses former officials who approved the surveillance applications – a group that includes former FBI Director James B. Comey, his former deputy Andrew McCabe, former deputy attorney general Sally Yates and current Deputy Attorney General Rod J. Rosenstein — of signing off on court surveillance (of Carter Page, a Trump campaign advisor) requests that omitted key facts about the political motivations of the person supplying some of the information, Christopher Steele, a former intelligence officer in Britain. Steele ‘was suspended and then terminated as an FBI source for what the FBI defines as the most serious of violations — an unauthorized disclosure to the media of his relationship with the FBI.’’’

The memo said that the warrant did not mention that the research Christopher Steele reported was paid for by the Democratic National Committee and reported ties between President Trump’s campaign and Russia. The FBI interviewed Page as far back as 2013 about his ties to Russia and again caught their attention after a trip to Moscow in July 2016.

According to the New York Times, “Steele told the F.B.I. that he was working for interests opposed to Mr. Trump, and the Republicans question whether the intelligence court judge was misled about Mr. Steele’s credibility.”

Democrats have countered the memo by claiming that the memo ignored key facts, crucial to the understanding of the contents. Representative Adam Schiff (D-California) and the Democrats on the Intelligence Committee drafted their own memo rebutting points made in the original memo. The Democrat memo was encouraged to be released by House Speaker Paul Ryan, but only to lawmakers and not the general public.

The memo was written by Representative Devin Nunes (R-California), the chairman of the House Intelligence Committee and his staff. Nunes is also seen as biased because he was on President Trump transition team. Intelligence officials have described Nunes as a “human shield” for the Trump administration and said his open conversations about national security had discouraged them from divulging intelligence details to him despite his high-ranking position.

The memo release continues President Trump’s pattern of accusing federal agencies of being against him by investigating his campaign’s ties to Russia. Trump is said to have fired FBI director James Comey for not stopping the investigation when he asked and is reportedly in the process of firing more officials in the FBI and DOJ.

FBI Director Christopher Wray and Deputy Attorney General Rod Rosenstein before the memo were released visited the White House to urge President Trump to reconsider releasing the memo. Democrats said Trump’s efforts to appoint only members who support him to these agencies would impede the investigation into his campaign’s relationship with Russia. The investigation led by Special Counsel Robert Mueller has already implicated several advisors to President Trump’s campaign. The Trump administration has responded by claiming any Russia collusion is a witch hunt and hoax, controlled by Democrats who wish to impugn him.

In agreement with President Trump, House Speaker Paul Ryan (R-Wisconsin) said “This memo is not an indictment of the F.B.I., of the Department of Justice. It does not impugn the Mueller investigation or the deputy attorney general.”

As new details about the memo continue to emerge Friday, President Trump and his party’s reaction will continue to set new standards of the privacy of intelligence information and the relationship between federal agencies and the ruling party.