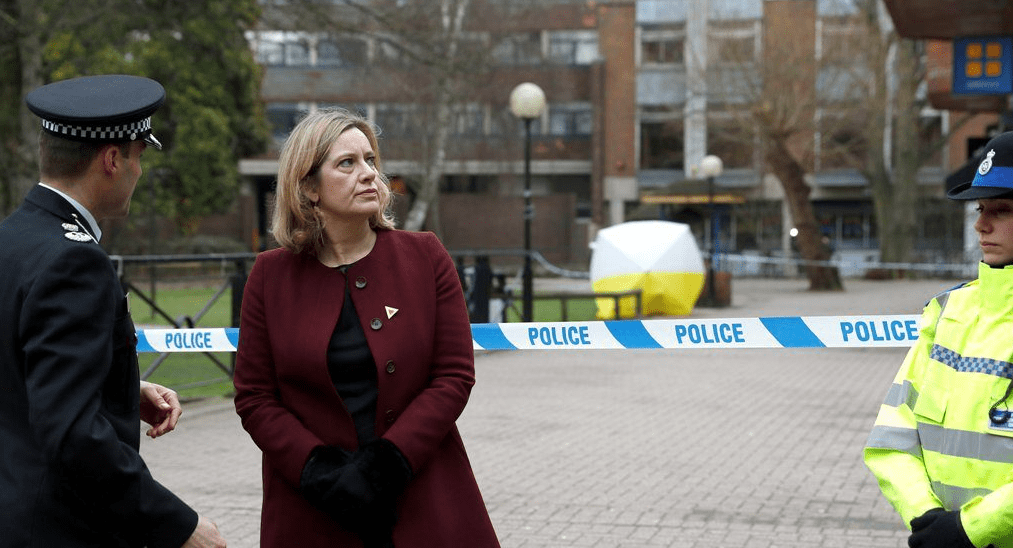 On March 4th, Sergei Skripal And his daughter Yulia were found slumped over on a bench by their home in Salisbury, South-Western England. Though both are alive, they still remain unconscious and are in critical condition. This incident was a result of a nerve agent attack. According to the British police, it is suspected that a Russian state actor is to blame.

The victim in question has been identified as a Russian double agent, aged 66. His daughter is 33. There was an additional victim, a police officer named Nick Bailey who is also in serious condition. Besides those facts, however, not many details about the individuals are available to the press as of now.

This incident has prompted a swift response from the British government.

Additional investigators have been summoned to aid Salisbury police in this case and the government’s Cobra Committee (action committees that respond to national or regional crisis), headed by Amber Rudd, has called an impromptu meeting for Saturday to discuss the case.

No sitting U.S president has agreed to meet with a member of the North Korean government until now. President Donald Trump announced on Friday that he plans to meet with North Korean leader Kim Jong Un within a few months. 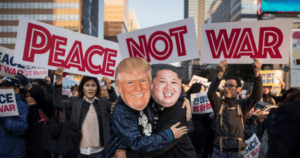 “I told President Trump that, in our meeting, North Korean leader Kim Jong Un said he is committed to denuclearization. Kim pledged that North Korea will refrain from any further nuclear or missile tests. He understands that the routine joint military exercises between the Republic of Korea and the United States must continue. And he expressed his eagerness to meet President Trump as soon as possible. President Trump appreciated the briefing and said he would meet Kim Jong-un by May to achieve permanent denuclearization.”

This would be the first meeting of its kind for both nations. With the context of the heated exchanges between President Trump and Kim Jong Un, many are left wondering what the tangible results of these talks will be.

Trump remarked on this story by tweeting, “Great progress being made but sanctions will remain until an agreement is reached. Meeting being planned!”

As an update to news of devastation and hundreds of lives lost in Eastern Ghouta, Syria, the Syrian army has retaken, Mesraba, the largest town in the region. Splitting the rebel enclave into three.

Now, according to Al Jazeera, Eastern Ghouta has now split into: Douma and the surrounding area, Harasta in the west and some town in the south. 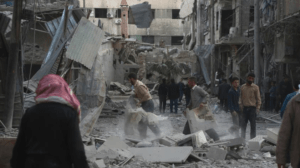 According to the Syrian Observatory for Human Rights, the government’s most recent actions in Eastern Ghouta has left almost a thousand dead. 49 of which were killed this last Friday whilst 200 more were wounded.

According to Syrian president Bashar al-Assad, these actions are necessary in order to end rebel control over the area.

Though there are emerging reports of Syrian forces being abruptly evacuated early Saturday, the future of Eastern Ghouta is still unclear. With over 400,000 inhabitants, it has been under siege since 2013.

The scandal with a new life: Stormy Daniels and Donald Trump

Recent news reports revealed that President Trump’s lawyer, Michael Cohen, signed an agreement with and paid adult film actress, Stormy Daniels. Allegedly for her silence regarding a torrid affair with the president himself during his current marriage to Melania Trump.

This story gained momentum earlier this year but slowly died down, until now. Now there are new speculations that could be fuel for Robert Mueller’s investigations. Pundits such as Michelle Goldberg of the New York Times are this a potential “campaign finance scandal, a transparency scandal and potentially part of an ongoing national security scandal.” 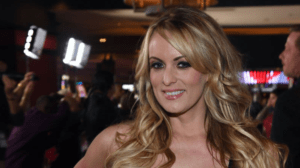 This is particularly because of the source of the $130,000 that was paid to Daniels. Though it was initially flagged as misuse of campaign funds, Michael Cohen refuted that by claiming the payment was a private transaction from a home equity loan.

Some additional details of the story are making headline, specifically the non disclosure agreement that Daniels allegedly signed. Reports came out that the civilian Trump did not personally sign the NDA. Daniel’s legal team promptly filed a lawsuit claiming that the non-disclosure agreement is now invalid due to his failure to sign.

Spectators and pundits alike are waiting to see what more salacious details could come of this story.