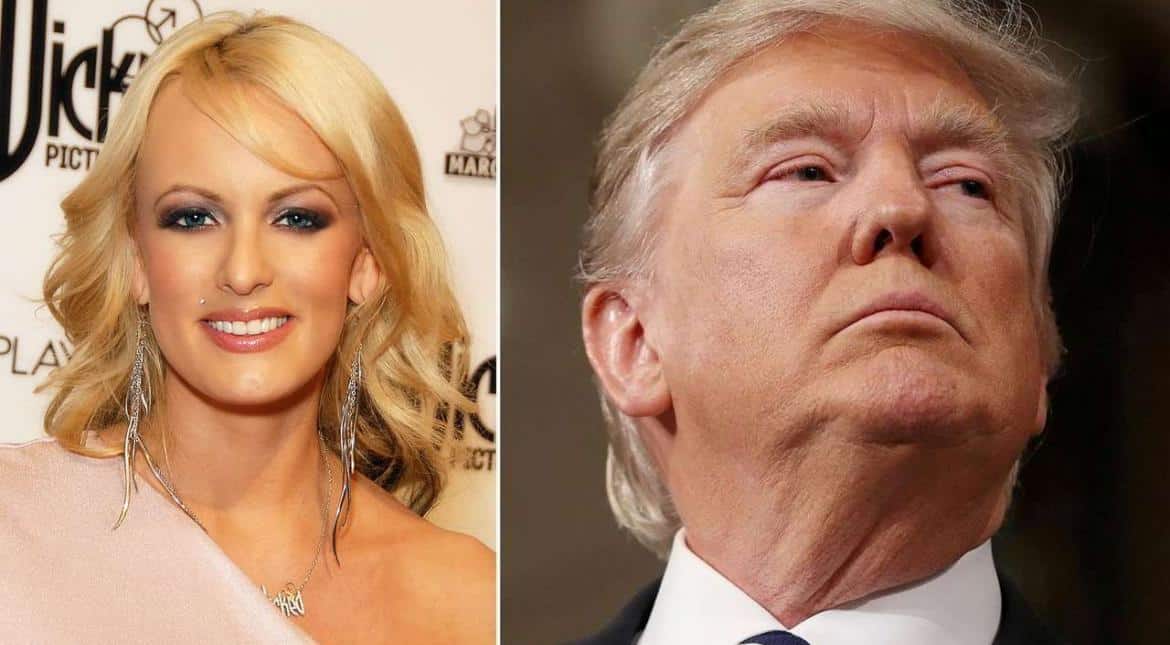 Stormy Daniels and US president Trump

When asked if Trump knew where Michael Cohen “got the money to make the payment” the President said, “No, I don’t know. No.”

In series of tweets on Thursday Trump confirmed Giuliani’s claim he reimbursed Cohen.

Trump tweeted, “Mr. Cohen, an attorney, received a monthly retainer, not from the campaign and having nothing to do with the campaign, from which he entered into, through reimbursement, a private contract between two parties, known as a non-disclosure agreement, or NDA.”

In subsequent tweets, Trump said that this type of arrangement was “very common among celebrities and people of wealth.” “The agreement was used to stop the false and extortionist accusations made by her about an affair.…despite already having signed a detailed letter admitting that there was no affair,” Trump said.

Trump’s tweet thread also followed up on a statement made by Guiliani that the payment did not violate campaign finance laws. Trump said, “Money from the campaign, or campaign contributions, played no roll in this transaction.”

Giuliani told Hannity the transaction was “perfectly legal.” He said it was “not campaign money.”

Giuliani said, “It’s not a campaign money. No campaign finance violation. They funneled through a law firm and the president repaid it.”

In an interview on Thursday with the Washington Post Giuliani said most of the payments Trump made to Cohen occurred in 2017.

Giuliani told the Washington Post, “The president was always going to make sure he got it back, and enough money to pay the taxes.”

CNN reported on Thursday that White House staffers were caught off guard by Giuliani’s “cable rollout, and the torrent of statements he made Wednesday night.”

On Thursday, White House Spokesperson Sarah Huckabee Sanders told the press pool she learned about the Cohen reimbursement when Giuliani mentioned it on television.

White House staffers were effectively boxed out of a Trump/Giuliani strategy session. Trump met privately with Guiliani prior to Wednesday’s announcement on Fox News.

CNN reported that Giuliani also had dinner with former Trump Campaign manager Corey Lewandowski before his appearance on Fox News.

A White House official told CNN, “Giuliani undermined the administration’s entire defense strategy when it came to not just Daniels, but also former FBI Director James Comey and the special counsel, all in the span of a single interview.”

Guiliani told Hannity on Wednesday that Comey was fired because he didn’t say that Trump was not a target of the Russia investigation.

“He fired Comey because Comey would not, among other things, say that he wasn’t a target of the investigation,” Giuliani said.

This is the third reason given by Trump directly or a White House official for Comey’s firing.