The Lying President Of The United State 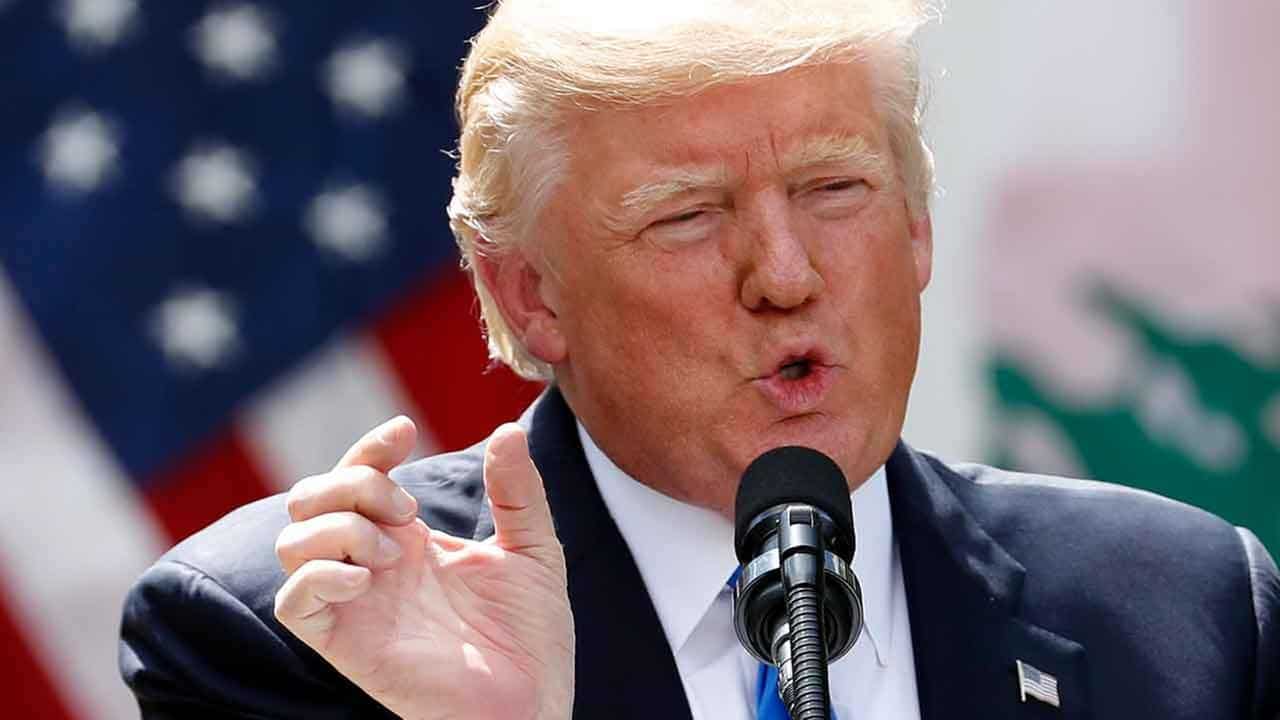 The president of the United State Donald J. Trump

In a speech to members at the National Rifle Association’s Annual meeting on Friday President Donald Trump told an enthusiastic crowd at least six statements that ranged from exaggerated truths to outright lies.

In an effort to work the crowd and make a strong case for 2nd Amendment rights Trump said, “Chicago has the toughest gun laws in the country, they are so tough.”

The Chicago Sun-Times published a study in 2014 and reported that judges in the Windy City had a tendency to impose minimum sentences of one year for illegal possession of a gun. Gun-toting felons often received four-year jail sentences when the maximum allowable term was ten years.

Trump also told NRA members at the meeting, “Democratic lawmakers have voted against legislation to close deadly immigration loopholes like catch and release. We are taking MS-13 horrible killer gang members, (but) we’re getting them out because our guys are much tougher than theirs.”

Current immigration laws require people who commit certain violent crimes are to be detained. Immigrants can be deported immediately if they are detained within 100 miles of the border and have been in the US for less then 14 days.

Gang members are not easily permitted into the United States under current immigration law. In certain circumstances, they can apply for asylum. Politifact reported, “Unaccompanied minors from other countries are not immediately sent back, but rather placed in formal removal proceedings and can apply for asylum. Individuals can seek asylum if they have suffered persecution or fear they will suffer persecution due to race, religion, nationality, membership in a particular social group, or political opinion.”

In his speech to NRA members, Trump said, “Now, Paul Manafort’s a nice guy, but you know, he worked for me for a very short period of time — literally, for like, what? A couple of months? Little period of time.”

Candidate Trump hired Manafort to organize and manage the Republican National Convention in March 2016. A short time later Manafort was promoted. His responsibilities included everything related to Trump’s Presidential nomination process. On May 19 Manafort was promoted to chairman and chief strategist of the Trump campaign. Manafort resigned from the campaign in August 2016.

At the NRA meeting, Trump also negated relevant facts about the approval process for his political appointees, exaggerated his effect on minority unemployment numbers and mischaracterized the diversity visa lottery.

The President’s proclivity to lie has been a thorn in the Administration’s side for his first term and a half in office.

In December 2017 The New York Times published a definitive list of Trump’s lies. The first entry on the list is a lie Trump articulated the day after the inauguration, January 21, 2017. Trump said, “I wasn’t a fan of Iraq. I didn’t want to go into Iraq.”

Trump publicly supported the war before he was against it.

The Times ended the list with a November 11, 2017 statement where Trump told reporters he would prefer not to argue with Vladimir Putin. He said the Democrats invented the Russian election interference narrative.“I’d rather have him – you know, work with him on Ukraine than standing and arguing about whether or not – because that whole thing was set up by the Democrats,” Trump said.

There was no evidence the Democrats “set up” Russian interference in the election.

The New York Times “set a conservative standard here, leaving out many dubious statements,” and still discovered 103 lies over a ten month period. The newspaper reported that Trump is unique among US Presidents. “He seems virtually indifferent to reality, often saying whatever helps him make the case he’s trying to make,” the Times reported.

The President continues to lie consistently about important and meaningless issues.

Politifact reported that from March 1, 2018, to May 5, 2018, two of Trump’s most important statements were true, three were mostly true, and thirty-one were either complete lies, mostly false or half-truths.

Politifact awarded the following untrue statements it’s less-then-prestigious “Pants on Fire” designation. On April 20, 2018, Trump tweeted, “Jame’s Comey Memos just out and show clearly that there was NO COLLUSION and NO OBSTRUCTION.” On April 6, 2018, Trump said “In many places, like California, the same person votes many times. You probably heard about that. They always like to say ‘oh that’s a conspiracy theory.’ Not a conspiracy theory, folks. Millions and millions of people.” On March 13, 2018, Trump said, “The state of California is begging us to build walls in certain areas. They don’t tell you that.”

The normalization and consistency of the lies may be affecting our ability to distinguish political fact from fiction. Twenty years ago Harvard University Psychologist Daniel Gilbert argued that when people first hear a lie, they hold it as true. Just after the 2016 election, Politico published an essay about Gilbert’s findings and their applicability to the Trump presidency.

Politico said, “For instance, if someone were to tell us—hypothetically, of course—that there had been serious voter fraud in Virginia during the presidential election, we must for a fraction of a second accept that fraud did, in fact, take place. Only then do we take the second step, either completing the mental certification process (yes, fraud!) or rejecting it (what? no way).”

In certain instances, the verification process, the second step in determining if a statement is true or not, doesn’t take place. Gilbert wrote, “when faced with shortages of time, energy, or conclusive evidence, (human minds) may fail to unaccept the ideas that they involuntarily accept during comprehension.”

Consistently bombarded with meaningful and meaningless lies our brains can overload. Politico reported, “It’s called cognitive load—our limited cognitive resources are overburdened. It doesn’t matter how implausible the statements are; throw out enough of them, and people will inevitably absorb some. Eventually, without quite realizing it, our brains just give up trying to figure out what is true.”

Repetition is key. We need to hear the same lie over and over again.

Fact checking efforts and articles (like this one) that aim to counter Trump’s lies might be doing just the opposite. Attempts to set the record straight may be reinforcing the distortions. “Repetition of any kind—even to refute the statement in question—only serves to solidify it,” Politico said.

Later, when the brain attempts to recall the information revised facts and truthful revisions might simply disappear. The original lie is all that’s left over. Politico said in a 2002 study psychologist Colleen Siefert discovered that even if the information is retracted, and we acknowledge the retraction, we are still likely to allow the information to “influence our judgments and decisions.”

Shortly after Trump’s admission Evangelical leader and Trump supporter Franklin Graham said the President’s affair with Stormy Daniels was nobody’s business. Graham was suggesting Trump’s lie about his knowledge of the $130,00 payment was a private matter. Prior to the “none of your business” justification for Trump’s behavior Graham suggested Christians needn’t concerns themselves with Trump’s extramarital affair because it happened before he won the election. “He did everything wrong as a candidate, and he won, and I don’t understand it. Other than I think God put him there,” Graham said.

The President implicitly understands the effectiveness of untruthful repetition.

The Washington Post Fact Checker reported that Trump “falsely claimed he passed the biggest tax cut in history” seventy-two times. Trump “has made some variation of the claim that the Russia probe is a made-up controversy” fifty-three times. On forty-one occasions Trump “offered a variation of the false claim that Democrats do not really care about the Obama-era Deferred Action for Childhood Arrivals program that Trump terminated.” The President incorrectly stated that the US needs a border wall to stop “the flow of drugs across the southern border” thirty-four times.

The Post reported that there are days when the President doesn’t lie. He more then makes up for it “with days that offer an extraordinary number of misleading claims.” Trump told fifty-three lies on July 25, 2017, forty-nine lies on November 29, 2017, and forty-four lies on April 28, 2018.