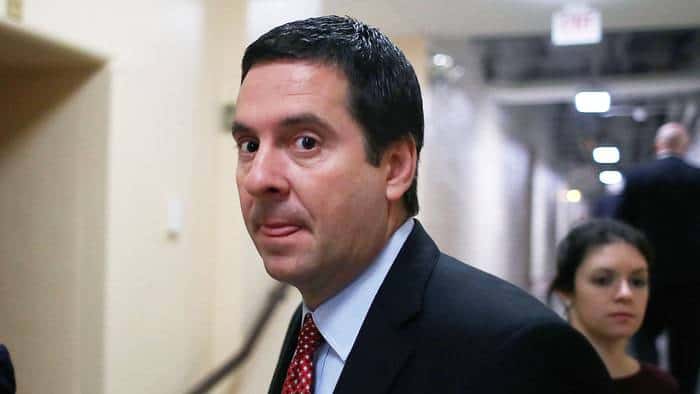 Recently, President Donald Trump tweeted, “Clapper has now admitted that there was Spying in my campaign. Large dollars were paid to the Spy, far beyond normal. Starting to look like one of the biggest political scandals in U.S. history. SPYGATE – a terrible thing!”

Once again the President lied. Former Director of National Intelligence James Clapper never implied, suggested or admitted that the Trump campaign was spied on. At best Trump’s speculation about Clapper was inspired by misunderstood delusion. At worst, it was a blatant lie based on a calculation that his enablers in Congress are co-conspiratorial liars and his public supporters will never actually watch Clappers recent exchange with Joy Behar on The View.

Clapper said he disliked the term “spying.” He said the FBI was “spying” on the what the “Russian’s were doing” at the time.

Trump is trying to use the “I’m a victim,” “I was spied on” narrative to distract the public from special counsel Robert Muller’s investigation into Russian interference in the 2016 election and possible collusion with the Trump campaign.

The President and several GOP members of Congress are feverishly, consistently inventing creative, if not implausible narrative to muddy the waters, sway public opinion and, invariably discredit the special counsel’s report long before it’s completed and submitted.

At any given moment there are half to a full-dozen excessively pro-Trump, Republican, anti-Muller, fictional storytellers in the US House of Representatives.

Congressman Devin Nunes is the most outspoken, divisive, consistent and politically tone deaf of the group.

Congressman Nunes would be a far more deserving recipient of President Trump’s spying allegation. Although there are no “spies” participating in this silly, pseudo-adolescent name calling game, Nunes’ occasionally erratic, always shady, behavioral patterns more than suggest he’s a Trump shill desperately trying to derail the Muller investigation from the inside.

Nunes, a member of Trump’s post-election transition team, burst onto the scene in February 2017 suggesting that accusations against Trump’s former National Security Advisor Michael Flynn are nothing more than a “witch hunt.”

Michael Flynn later pleaded guilty to lying to the FBI about the matter and is cooperating with the special counsel’s investigation.

In March of 2017, Nunes rambled over to White House in the wee hours of the morning to share vindicating documentation to corroborate Trump’s unsubstantiated claims that the Obama Administration wiretapped his campaign.

When all was said and done the public learned that Nunes scampered over to the White House to share documentation that he received from the White House. The wiretapping story quickly disappeared from the twenty-four-hour news cycle.

The House Ethics Committee opened an investigation to determine if the congressman broke the law or violated House ethics rules.

Nunes was forced the recuse himself from the House Intelligence Committee’s ongoing investigation into Russian meddling and possible collusion with US citizens in the 2016 election.

A few months later, in May, Nunes tried again to discredit Muller’s investigation.

He hoped to corroborate a fictitious narrative that the Obama Administration improperly “unmasked” members of the Trump Administration in intelligence reports. He issued subpoenas on behalf of the Intelligence Committee about the matter. Having quietly un-recused himself, he received criticism from colleagues on both sides of the aisle.

Nunes blamed the entire debacle on the mainstream media and simply said he never recused himself in the first place.

When the unmasking illusion evaporated Nunes shifted his attention to the Steele Dossier. Hoping to discredit corroborated elements of the dossier that might implicate the President, Nunes demanded Attorney General Jeff Sessions provide him all documentation that the DOJ and FBI had about the dossier. He also demanded any information about the dossier’s author, Christopher Steele and any related FISA applications.

Trump’s opponent in the 2016 election, Hillary Clinton was the next character to appear in Nunes’ ever-evolving tale of absurdity.

The congressman rehashed a formally debunked Clinton scandal, Uranium One. Donald Trump was to be portrayed as the helpless victim and Hillary Clinton, the mastermind of a nefarious Ukrainian business transaction, was the actual Russian election colluder.

Congressman Nunes continued his assault on common sense and the Mueller investigation well into Trump’s second year in office.

His 2018 distract and discredit strategy included using his position to force the Department of Justice and the FBI to disclose classified FISA warrant information, which inadvertently found its way onto the anchor desks of the Fox News channel. Later the information was crafted into a well-hyped, albeit meaningless memo.

Most recently, Donald Trump and Devin Nunes teamed up to apply inappropriate, executive and congressional pressure on Deputy Attorney General Rod Rosenstein. After weeks of well-publicized resistance, Rosenstein agreed to share sensitive details about the Muller investigation with select members of Congress.

Nunes attended two meetings with his colleagues and Rosenstein. There is little doubt he will report his findings to the President.

This is the first time a sitting President, who is the subject of an investigation, will acquire details about that investigation.

In any other Administration, in any other political era Congressman, Devin Nunes would be laughed out of Congress. He would be branded a national disgrace, a brown-nosing, Keystone criminal, the saddest excuse for a clown in a morally bankrupt clown car.

In the Trump era, Nunes will be distinguished a living martyr for the cause. The President, his loyalists, his surrogates, his aides and a third of the American electorate see Nunes as the righteous “spy,” sacrificing it all to infiltrate the “deep state.”

Nunes is the poster boy for political corruption, and he’s a MAGA hero.