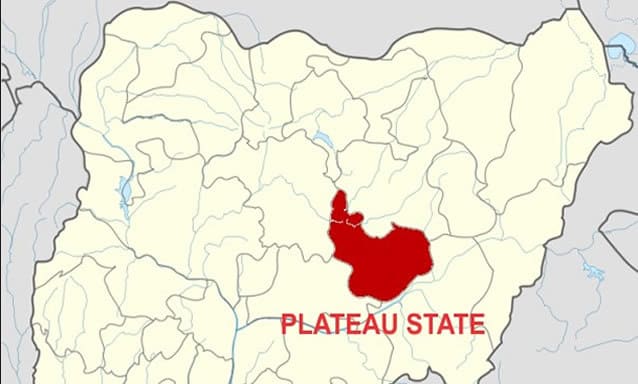 The United State and other concerned individuals have condemned the recent attacks on some communities in Plateau State, North-Central part of the country, by suspected Fulani herdsmen over the weekend.

The suspected herdsmen were said to have invaded the communities and started shooting sporadically at helpless civilians’ residing in the area, killing about 120 people in the process.

It was gathered that the gunmen killed 34 persons from Nekan village, 39 from Kufang, and 47 people from Ruku village. Other communities such as Daffo and Kuba in Bokkos Local Government Area were also attacked.

Pam Chollom, Pastor in charge of Church of Christ In Nations (COCIN) Regional Church Council (RCC) in Rop, Barkin Ladi Local Government Area, said members of the church who were returning from the funeral service of a member’s father were attacked.

Police Command in the state while confirming the incidence said only 11 persons were killed in the attacks on Razat, Ruku, Nyarr, Kura and Gana-Ropp villages of Gashish District in Barkin Ladi Local Government Area.

Terna Tyopev, the command’s spokesman, told reporters that the gunmen suspected to be herdsmen hit many other villages.

“The gunmen invaded the villages on Saturday and killed several people. Based on the number of corpses recovered and buried, we can confirm 11 killed,” he said.

He said, however, that more people might have died because many families had buried their dead relatives before the policemen arrived.

Tyopev said some dead bodies had been deposited at Jos University Teaching Hospital (JUTH) mortuary, adding that security had been beefed up in the affected villages to restore peace.

According to him, “One Danladi Bwode of Exland LGA of Plateau State, went to the Police Division in Barkin Ladi and reported that on the same date at about 1400 hours unknown gunmen attacked their village and shot the following: Dalyop Vanode, Dom Danladi, Bitrus Malat, Alu Matir, Noson Monday, Cecilia Yohana, Dam Bukus, and Ladi Danladi.”

He said the command, after receiving the information, mobilized additional men from other divisions to the district.

However, Jatau Davou, the National Publicity Secretary of Berom Youth Molders, told reporters in Jos, that over 100 corpses had been recovered with many still being discovered in nearby bushes and rocks in Berom, Barkin Ladi local government areas and neighboring communities.

He alleged that among the corpses that were recovered, Shonum had 33, while 31 was recorded in neighboring villages of Exland, 34 in Garnarok village, and eight other bodies from another village.

He said so many of their children were currently receiving treatment in various hospitals in town and that the gunmen razed several homes.

Capt. Umar Adams, the spokesman of ‘Operation Safe Haven,’ the military task force maintaining peace in Plateau, who also spoke on the attacks, described them as “unfortunate.”

“We are aware of the unfortunate attacks, but I cannot confirm how many people were killed,” he told newsmen.

The tragic event has thrown the country into a sad mood. While many have condemned the killings in strong terms, others called for the prosecution of those who masterminded the attacks.

President Buhari has already arrived at Plateau State to commiserate with the family of the deceased families and those affected.

The president, who condemned the attack and vowed to nab the perpetrators is expected to meet with representatives of the affected communities and the state during the visit

Similarly, the U.S. strongly condemned the attacks in Plateau. The U.S. in a statement by Ms. Heather Nauert, Spokesperson for the U.S. Department of State, said the perpetrators of the attacks should be brought to justice.

“The United States condemns in the strongest possible terms the killing of civilians and destruction of property in Nigeria’s Middle Belt region over the weekend.

“We are concerned by the recent increase in armed violence against civilians and call on all political and community leaders to lend their voices to peace and to work together to find lasting solutions to these rural conflicts.

“We join President Buhari and others in sending our deepest condolences to the affected communities, and in the desire to see the perpetrators brought to justice and to prevent further violence,” Nauert said.

Also, the state chapter of the Peoples Democratic Party (PDP) said it received with rude shock the level of genocide in Gashish District, Razat, Ruku Nyarr, and Gana-Ropp, all in Barkin Ladi Local Government Area of the state.

The PDP, in a statement issued in Jos and signed by John Akans, its Publicity Secretary, alleged that over 130 people were killed by the enemies of the state between Saturday night and Sunday afternoon.

Part of the statement reads: “We condemn in the strongest terms the level of the continuous genocide of Plateau people.

“At the moment, Barkin Ladi is under siege by these marauders with over 130 people feared to have been killed.

“As at the time of this statement, the (SOM) CAPRO School of Missions, Gana-Ropp, is under heavy attack by these militias.”

The party pointed out that Governor Lalong’s continued display of dead conscience towards Plateau people should be seen as a collective collaboration against the people.

It warned that the unholy act of systematic genocide and the destruction of the cultural heritage of plateau people must stop.

According to the PDP, while this unfortunate and deliberate attempt to wipe out Plateau people was systematically going on daily, “the absentee-governor, Simon Lalong” had been away for three weeks.

In the same vein, Rev. Yakubu Pam, Northern Christian Association of Nigeria, (CAN) Chairman, in a statement in Jos, condemned the killing of innocent citizens of the state by those he called crisis merchants.

According to Pam, the state government and security agencies in the state should do all they could to arrest the perpetrators of the evil act.

Following the tragic development, the Plateau State government on Sunday imposed a curfew on Jos South, Barkin Ladi, and Riyom local government areas of the state to contain further incidents.

Rufus Bature, Secretary to Plateau State government, in a statement issued in Jos said curfew imposed by the state government was from 6:00 pm to 6:00 am.

According to him, only those workers operating essential services were unaffected by the curfew.

Meanwhile, Governor Simon Lalong has charged security agencies to double their efforts toward ending the persistent attacks on rural communities in the state.

A statement signed by Yakubu Dati, Commissioner for Information and Communication, said that the governor rushed to the state, cutting short his participation at the All Progressives Congress (APC) convention in Abuja.

It quoted Lalong as describing the incessant attacks as “devastating.”

“The governor has directed security agencies to end the attacks and apprehend the assailants. He has also challenged them to be proactive to restore stability to Plateau,” the statement said.

It further quoted Lalong empathize with families of the victims and promising to settle the bills of those injured.