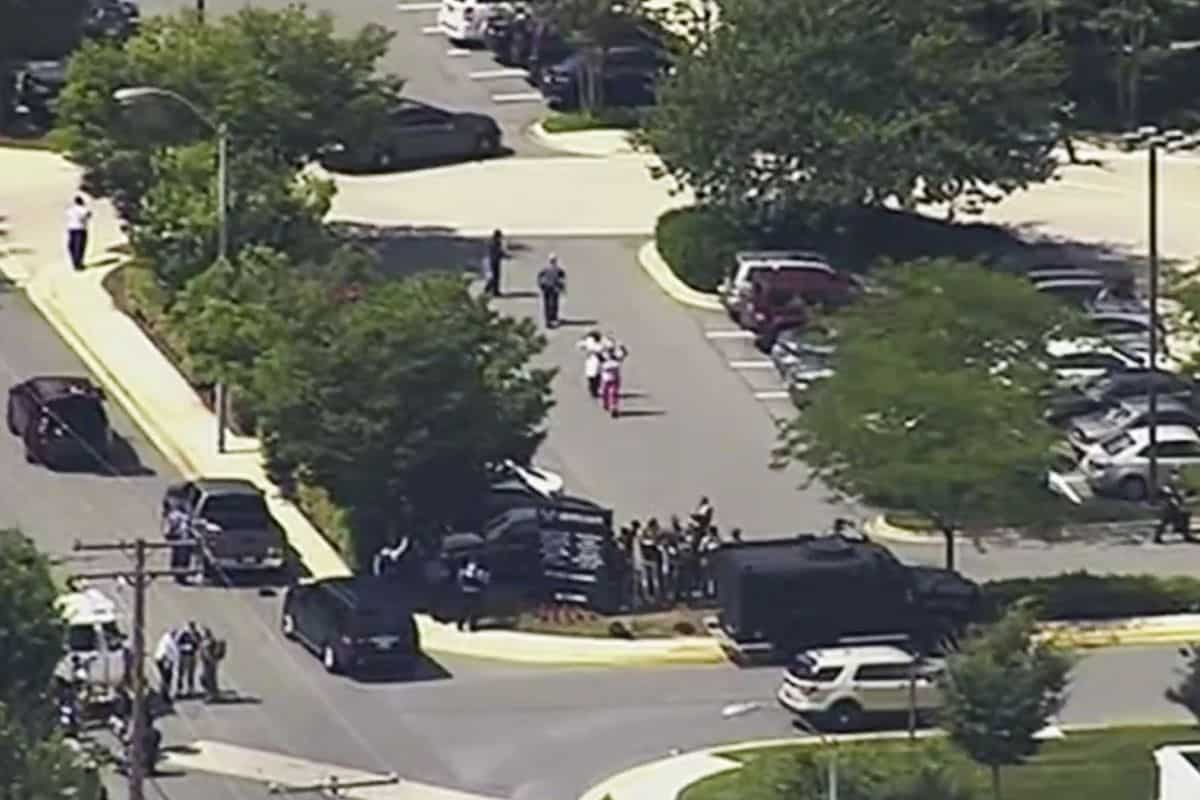 The scene at Capital Gazette Newspaper building in Annapolis, Maryland

Multiple injuries during a newsroom shooting today at the Capitol Gazette Newspaper in Annapolis, Maryland.

One suspect is in custody. However, law enforcement officials have released limited information since this is still an active crime scene.

Anne Arundel County Police confirmed there was an “active shooter” at 888 Bestgate Road, where the newspaper’s offices are located. The Bureau of Alcohol, Tobacco, Firearms, and Explosives confirmed it was responding to a “shooting incident” at the Gazette.

A crime and courts reporter at the Capital Gazette newspaper has tweeted about the shooting, and he said that a gunman “shot through the glass door to the office and opened fire on multiple employees.”

“Can’t say much more and don’t want to declare anyone dead, but it’s bad,” he said.

He added: “There is nothing more terrifying than hearing multiple people get shot while you’re under your desk and then hear the gunman reload.”

This is a developing story.