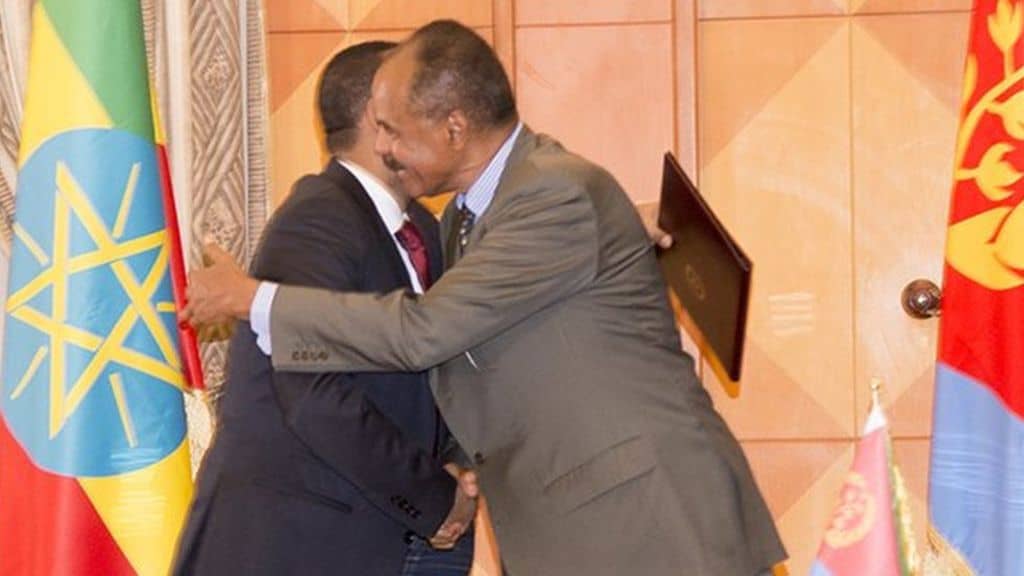 After several deliberations, Ethiopia and Eritrea finally signed a declaration to end the lingering crisis between the two nations on Monday. This followed an unprecedented summit between  Eritrea’s President Isaias Afewerki and Ethiopia’s Prime Minister Abiy Ahmed in Asmara, Eritrea’s capital.

At the summit on Monday, both leaders declared that the war between the two neighboring countries is finally over.

Previous efforts aimed at ending the crisis have ended without any achievement. A peace deal known as Algiers Accord was signed in 2000 by both countries to end the war. Similarly, a border commission constituted under the peace agreement ruled that the town of Badme be handed over to Eritrea, but Ethiopia had continually claimed ownership of the land. Due to this, the two countries have been in a state of “no war, no peace”. The war has cost both countries huge economic and human loss.