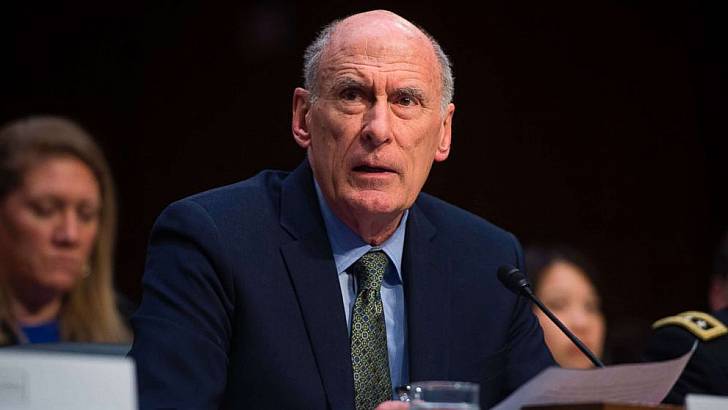 In an exclusive interview with MSNBC’s Andrea Mitchell on Thursday Director of National Intelligence (DNI) Dan Coats was surprised to learn the White House invited Russian President Vladimir Putin to the nation’s capital for a second meeting this fall.

While speaking to Coats in front of a live audience at the Aspen Security Forum Mitchell announced the breaking story.

The Summit with Russia was a great success, except with the real enemy of the people, the Fake News Media. I look forward to our second meeting so that we can start implementing some of the many things discussed, including stopping terrorism, security for Israel, nuclear……..

A visibly surprised Coats leaned toward Mitchell and said, “say that again.”

If a moment of levity the audience, Coats, and Mitchell broke into sustained laughter.

After a deep, long breath followed by a mildly exasperated, light-hearted “yeah” Coats laughed and said, “that’s gonna be special.”

When asked why he spoke out just moments after the President sided with Vladimir Putin over him, “personally by name”, Coats said he was just doing his job and exhaustive assessments of Russia’s interference in the 2016 election “still stands.”

“I was just doing my job,” Coats said. “I expressed to the President on my third visit to the oval office, as his new principal advisor, I said ‘Mr. President, there will be times when I will have to bring news to you that you won’t want to hear’….and on that basis, we started a good relationship.”

When Mitchell pressed further asking what his gut reaction was while watching Trump validated Putin’s assessment over his Coats said he “needed to correct the record” and he “wished he (Trump) had made a different statement.”

Coats said his office would brief Trump on the intelligence risks associated with having Putin visit the US and will recommend they don’t meet alone.

In a speech, last week Coats said that Russia continues in its efforts to undermine American democracy.

Coats told Mitchell that while there is no direct evidence of an imminent attempt to interfere with the 2018 midterm election “it’s just one click of the keyboard that could change this narrative.”