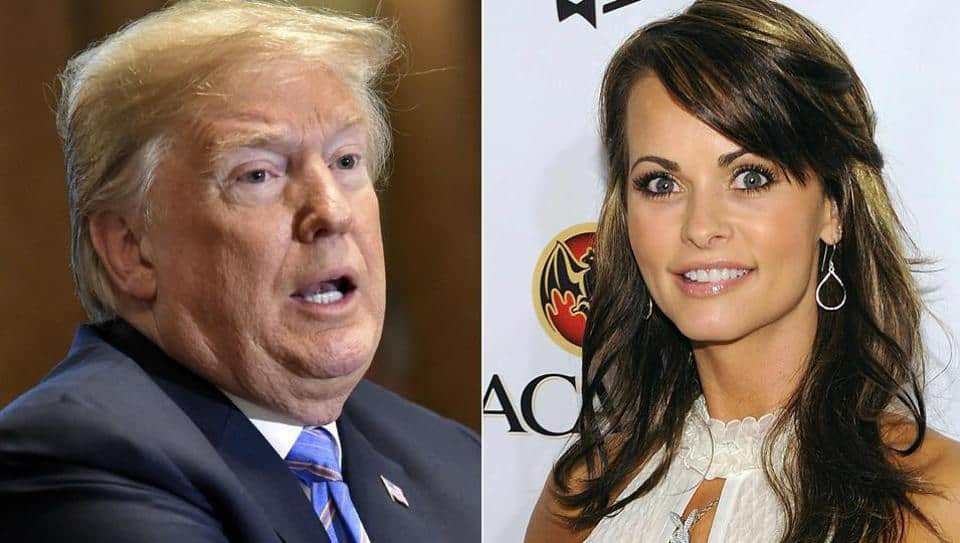 The Wall Street Journal reported on Friday that Michael Cohen recording of Donald Trump  reveals that the then-candidate Trump considered buying rights to bury the playboy playmate affair story. “taped a face-to-face conversation with Donald Trump in which the two men discussed buying the rights to a former Playboy Playmates story that she had an affair with Mr. Trump more than a decade ago.”

The conversation took place just two months before the 2016 presidential election and one month after American Media Inc., publisher for the National Inquirer, acquired rights to Karen McDougal’s story of her alleged affair with Donald Trump.

The recording, first reported by the New York Times on Friday, was under two minutes long and cut short before the full conversation ended.

In the recording, Cohen recommended Trump consider buying the rights to McDougal’s story from American Media Inc. Trump asked how to proceed and if he should write a check or use a different method of payment, according to the Journal.

Unclear why Trump and Cohen didn’t proceed with the purchase, the Journal unsuccessfully reached out to a company spokesman for American Media Inc.

President Trump ignored questions from reporters on Friday as he left the nation’s capital for a weekend at his resort in Bedminster, NJ.

The Journal reported that American Media Inc. chose not to publish the story to avoid “bad press” after Trump secured the Republican presidential nomination.

Federal agents seized the recording, among other materials, when they raided Cohen’s office, home and his hotel room in April. Prosecutors from New York’s Southern District are looking into Cohen’s business dealings and possible violations of campaign finance laws.

Giuliani said, “It helps us, rather than hurts us” and “bears out the fact” that Trump was unaware of American Media’s payment to McDougal before Cohen told him about it. Giuliani said Trump wanted the buyout “done in a regular way, that was transparent.”

“You just don’t do any form of an illegal tax or campaign-finance violation by check,” Giuliani said.

Cohen’s attorney Lanny Davis said the recording will not harm his client and tried to preempt anticipated attacks by Trump supporters and surrogates.

“Obviously, there is an ongoing investigation, and we are sensitive to that. But suffice it to say that when the recording is heard, it will not hurt Mr. Cohen. Any attempt at spin cannot change what is on the tape,” Davis said.

Trump responded early Saturday in his tweet suggesting that he did nothing illegal and that Cohen may have broken the law.

Inconceivable that the government would break into a lawyer’s office (early in the morning) – almost unheard of. Even more inconceivable that a lawyer would tape a client – totally unheard of & perhaps illegal. The good news is that your favorite President did nothing wrong!