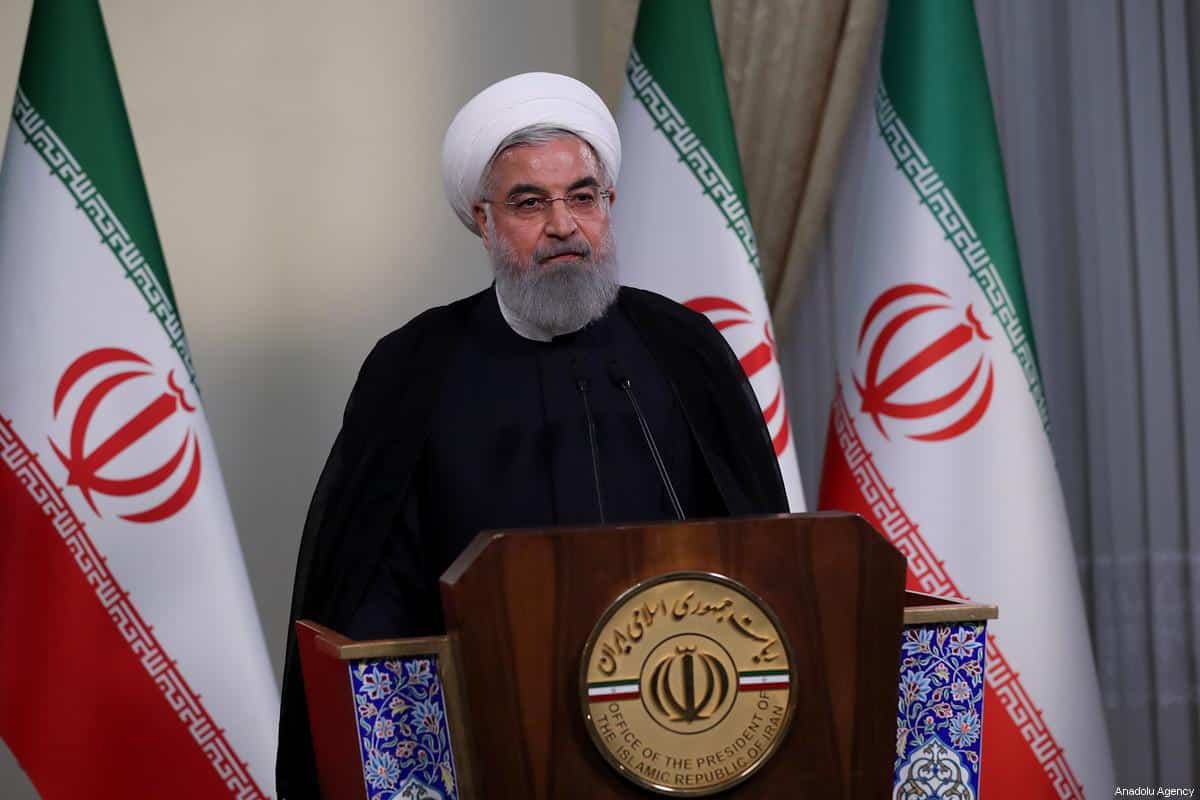 The outburst capped a week of Twitter-based tirades by Trump about the Russia probe and the ongoing investigation into his former personal attorney Michael Cohen.

To Iranian President Rouhani: NEVER, EVER THREATEN THE UNITED STATES AGAIN OR YOU WILL SUFFER CONSEQUENCES THE LIKES OF WHICH FEW THROUGHOUT HISTORY HAVE EVER SUFFERED BEFORE. WE ARE NO LONGER A COUNTRY THAT WILL STAND FOR YOUR DEMENTED WORDS OF VIOLENCE & DEATH. BE CAUTIOUS!

Iranian President Hassan Rouhani warned the US earlier that a war with Tehran would be the “mother of all wars.”

CNN reported on Monday that Rouhani warned Trump earlier not to “play with the lion’s tail because you will regret it eternally.”

Secretary of State Mike Pompeo on Sunday compared the Iranian regime to the mafia suggesting that the ruling clerics enrich themselves while funding terrorism at the expense of Iranian citizens.

“To the regime, prosperity, security, and freedom for the Iranian people are acceptable casualties in the march to fulfill the Revolution,” Pompeo said. “The level of corruption and wealth among regime leaders shows that Iran is run by something that resembles the mafia more than a government.”

“This seems to be a little out of character and really a little alarming for many people,” said Francona, a former US Air Force intelligence officer who worked in the Middle East and retired as a lieutenant colonel. “This is really dangerous.”

Asked if Trump was inciting war with Iran White House Press Secretary Sarah Huckabee Sanders told reporters on Monday, “if anybody is inciting anything, look no further than to Iran.”

CNN reported that Sanders declined to provide any details about next steps with Iran or if Trump consulted his national security team before tweeting the incendiary comment.