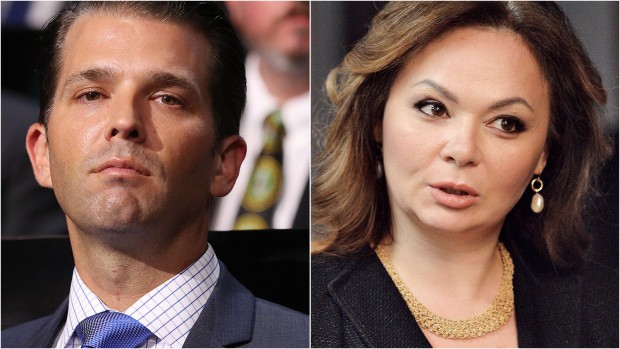 According to CNN, sources with knowledge about the matter said that Cohen is willing to share his recollection with special counsel Robert Mueller.

Cohen’s claim directly contradicts statements from the President, Trump Jr. and their attorneys who insisted Trump “knew nothing” about the meeting until The New York Times question him in July 2017.

Cohen claims he was present, “along with others” when Trump Jr. informed his father about “the Russians’ offer.” Sources confirmed that Cohen believes Trump approved moving forward with the meeting, according to CNN.

Cohen does not have recordings of the conversation, but he is willing to share his side of the story, according to the sources.

In front of members of the House Intelligence Committee Cohen did not testify that Trump was aware of the meeting in advance, nor were Cohen’s assertions noted in subsequent Republican and Democratic reports drafted by committee members.

Cohen’s attorney Lanny Davis declined to comment to CNN about the matter.

Trump Jr.’s attorney, Alan Futerfas said his client’s assertion is accurate and he has been cooperative with Mueller.

Futerfas said, “Donald Trump Jr. has been professional and responsible throughout the Mueller and Congressional investigations. We are very confident of the accuracy and reliability of the information that has been provided by Mr. Trump, Jr., and on his behalf.”

Trump Jr., former Trump campaign manager Paul Manafort and Trump’s son-in-law Jared Kushner attended the June 2016 meeting at Trump Tower. According to CNN Russians in the room included a lobbyist with Old KGB connections, a lawyer with Kremlin ties and a businessman who worked for an oligarch.

The meeting was set up by a publicist who offered Trump Jr. damaging information about Hillary Clinton and promised the effort was “part of Russia and its government’s support for Mr. Trump.”

After the media broke the news in July 2017 that the meeting took place, the Trump administration offered multiple explanations and altered the narrative several times.

CNN reported that the one consistent claim coming from Trump, his lawyer Jay Sekulow, Trump Jr. and White House Press Secretary Sarah Huckabee Sanders was that Trump had no prior knowledge of the meeting.

On more than 15 occasions Trump surrogates made that assertion, according to CNN.

Trump Jr. testified in front of members of the Senate Judiciary Committee last year. He doubled down on his claim that the President does not know about the meeting beforehand.

“He wasn’t aware of it. And, frankly, by the time anyone was aware of it, which was summer of this year, as I stated earlier, I wouldn’t have wanted to get him involved in it because it had nothing to do with him.”