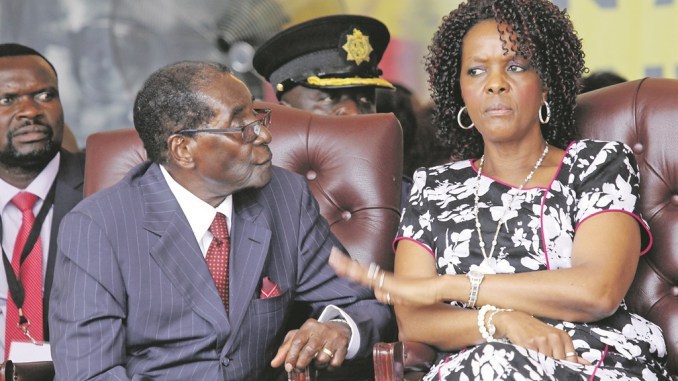 Grace Mugabe, 53, wife of former Zimbabwe leader Robert Mugabe may soon be quizzed on the grounds of assault after seeing a government decision shielding her under diplomatic immunity revoked by a South African High Court on Monday.

Erstwhile Zimbabwe’s First Lady had in August 2017 was accused of assaulting Gabriella Engels, a model, at a hotel in Johannesburg, South Africa’s capital. The event generated a public rage in the country, with some demanding that former Zimbabwe’s first lady face prosecution.

To the dismay of many, however, she was granted diplomatic immunity by South Africa’s former Minister of International Relations and Cooperation Maite Nkoana-Mashabane paving the way for her to exit the country unscathed.

The ex-minister had tied the immunity granted Mugabe as a way of further strengthening South Africa’s relationship with Zimbabwe.

The South African Police Service (Saps) reportedly probed the alleged assault, but could not prosecute Mrs. Mugabe sensing she had the backing of the then minister.

In a swift move, Ms. Engels had filed a petition before the South African High Court alleging Ms. Nkoana-Mashabane had “misconstrued her powers.” Ms. Engels had accused Mrs. Mugabe of beating her with an electric extension cord last year August.

“Heads of state who killed or injured people in South Africa did not qualify for immunity under the Foreign States Immunities Act, and there was, therefore, no way that their spouses qualified for it,” Ms. Engels said.

The development has continued to generate controversies with many subjecting the rationale to grant diplomatic immunity to Mrs. Mugabe to more scrutiny.

But on Monday, a South African High Court overturned the diplomatic immunity granted to Mrs. Mugabe, ruling that the decision was “inconsistent with the constitution.”

The court’s ruling has continued to generate excitement and commendations of various political and Human Rights group such as Afrikaner rights group AfriForum and opposition party Democratic Alliance which filed the petition against her before the court last year.

Commenting on the development, AfriForum’s Chief Executive Officer, Kallie Kriel said: “We are elated, it’s a win against efforts in South Africa to use our political and legal system to protect people that should not be protected.

“Mrs. Mugabe got diplomatic immunity simply because of her surname. We hope that the NPA will do their job and go ahead with a prosecution.”

“A serious crime was committed last year in South Africa, and the perpetrator managed to get away without having to take responsibility for it,” he was quoted as saying.

He added: “We now hope the National Prosecuting Authority will institute an action against Mrs. Mugabe, which in time will mean she will be extradited to face trial.”

The court ruling took place on the same day Zimbabwe held its first post-Mugabe era, with the counting of votes still underway as at the time of filing this report.

Mrs. Mugabe’s husband, Robert, was last year ousted from power following alleged plans to hand over power to her and further extends his dynasty over Zimbabwe politics.

This happened a day after her husband on Sunday, penultimate day to the country’s historic election, shocked the world, saying he would not vote for his former party Zanu-PF in the country’s presidential election held on Monday.