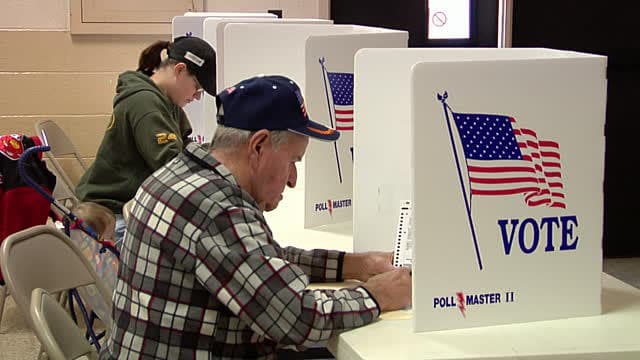 Facebook findings were disclosed to Congress and the White House this week uncovering the removal of 32 pages from its network and highlighted the effects on the internet ecosystem and a possible link to interference in the November 2016 elections.

Facebook said it had discovered coordinated activity around issues like a sequel to last year’s deadly “Unite the Right” white supremacist rally in Charlottesville, Va.

Activity was also uncovered around #AbolishICE, a left-wing campaign on social media that seeks to end the Immigration and Customs Enforcement agency.

“At this point in our investigation, we do not have enough technical evidence to state definitively who is behind it,” said Nathaniel Gleicher, Facebook’s head of cybersecurity policy. “But we can say that these accounts engaged in some similar activity and have connected with known I.R.A accounts.”

Facebook was unable to determine where the campaign originated but states that it appears similar to the 2016 efforts of Russia’s Internet Research Agency.

The Senate Intelligence Committee, in May, released thousands of Facebook ads purchased by the IRA prior to the 2016 election — many focused on Black Lives Matter, alleged Clinton corruption, immigration and gun control.

“It’s clear that whoever set up these accounts went to much greater lengths to obscure their true identities than the Russian-based Internet Research Agency (IRA) has in the past,” Facebook wrote. “We believe this could be partly due to changes we’ve made over the last year to make this kind of abuse much harder. But security is not something that’s ever done. We face determined, well-funded adversaries who will never give up and are constantly changing tactics. It’s an arms race, and we need to constantly improve too.”

Until now, Facebook has mostly punted questions about detecting Russian efforts to influence the midterms elections.

After Attorney General Rod Rosenstein announced earlier this month, the indictments of 12 Russian intelligence officers for hacking into Hillary Clinton’s campaign and other Democratic networks prior to the 2016 election, Director of National Intelligence Dan Coats said “the warning lights are blinking red” and that “the digital infrastructure that serves this country is literally under attack.”

Facebook lost over $120 billion in market value last week and its chief executive, Mark Zuckerberg, has been under the microscope from lawmakers and regulators for other scandals, including data misuse, a misinformation epidemic and accusations of political bias.

White House spokesperson, Hogan Gidley, did not directly address Facebook’s findings with reporters aboard Air Force One on Tuesday, but said President Trump had “made it clear that his administration will not tolerate foreign interference into our electoral process from any nation-state or other malicious actors.”

Earlier on Tuesday, Mr. Trump declared again on Twitter that there had been “No Collusion” between his campaign and the Russians, and asserted that, in any case, “collusion is not a crime.”

Collusion is not a crime, but that doesn’t matter because there was No Collusion (except by Crooked Hillary and the Democrats)!

Senator Mark Warner of Virginia, the top Democrat on the committee, praised Facebook on Tuesday for bringing the activity out into the public but asked for its cooperation in updating laws to prevent election campaigns interference from foreign actors.

“Today’s disclosure is further evidence that the Kremlin continues to exploit platforms like Facebook to sow division and spread disinformation,” he said.

Facebook’s recently purged accounts included: eight Facebook pages, 17 Facebook profiles, and seven Instagram accounts which were created between March 2017 and May 2018 and were first discovered about two weeks ago.

More than 290,000 accounts followed at least one of the suspect pages, which had names like Aztlan Warriors, Black Elevation, Mindful Being and Resisters, the company said.

According to the New York Times, between April 2017 and June 2018, the accounts ran 150 ads costing $11,000 on the two platforms. They were paid for in American and Canadian dollars. The pages created roughly 30 events over a similar period, the largest of which attracted interest from 4,700 accounts.

Russian trolls from 2016 generally paid for Facebook ads in rubles and from time to time used Russian internet protocol addresses, making them easier to discover.

But there were clues that the doubtful accounts may have been connected to the Internet Research Agency as accounts known to be associated with the agency had been listed as an administrator of one of the pages for seven minutes.

Like the 2016 Russian interference campaign, the recently detected campaign sought to amplify divisive social issues, including through organizing real-world events.

The British Information Commissioner’s Office fined Facebook earlier this month for failing to guard the personal information of its users. The fine was $500,000.

In the United States, the company is currently under investigation by America’s Federal Trade Commission for privacy violations stemming from the Cambridge Analytica breach.

In May, newly appointed national security advisor John Bolton decided to phase out the cybersecurity coordinator role and was first reported on by Politico. Since then the cybersecurity policy falls to two National Security Council senior directors, in place of a single point.

A business risk analysis by Flashpoint noted three tier 6 threats to the United States’ cyber stability which could cause catastrophic ramifications — a complete paralysis and or destruction of critical systems and infrastructure; China, Russia, and a group called Five Eyes.