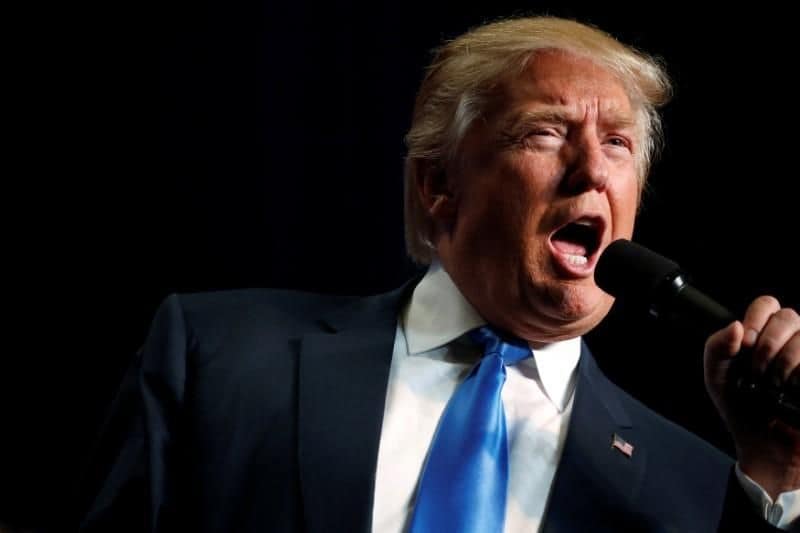 The AP reported, “President Donald Trump is seeing steels mills spring up where they aren’t, and cleaner air than his government is tracking in its records.”

At a rally in Pennsylvania on Thursday Trump said air quality in the US is “the best it’s ever been.”

According to AP, the Environmental Protection Agency’s air quality index shows a decline since 2014, “the best year as measured by the number of days with bad air.”

At the same Pennsylvania rally, Trump told a raucous crowd that “US Steel is opening seven plants.” Earlier in the week, at a rally in Tampa, Florida Trump said, “Thanks to our tariffs, our steelworkers are back on the job, American steel mills are back open for business. U.S. Steel just announced that they’re building six new steel mills.”

The AP reported that US Steel made no such announcement. A spokesperson for the company declined to comment on Trump’s pronouncement and said “operational changes” would be “publicly announced” and posted on their website “if it occurred.”

Trump told supporters at the Tuesday rally that the only way to maintain election integrity is voter id requirements, similar to identification procedures currently implemented at grocery stores.

“We believe that only American citizens should vote in American elections, which is why the time has come for voter ID like everything else. If you go out and you want to buy groceries, you need a picture on a card; you need ID. You go out; you want to buy anything, you need ID, you need your picture,” Trump said.

According to the AP shoppers in the US are well aware identification is only required when purchasing alcohol, cigarettes or cold medicine.

Trump said, “I went to NATO. And NATO was essentially going out of business ’cause people weren’t paying, and it was going down, down, down.” On NATO Secretary General Jens Stoltenberg: “He said we couldn’t collect money until President Trump came along. And he said last year we collected $44 billion. And this year the money is pouring in. … So the bottom line is the NATO countries are now paying a lot more money.”

Countries don’t pay membership fees to NATO and cannot accrue debt for nonpayment. According to the AP, member nations contribute to an administrative fund that Trump “is not talking about.”

The AP reported that money is not “pouring in” and collections have not increased.

According to the AP Trump’s suggestion that veterans are immediately eligible for private sector care under the Veterans, Choice program is misleading.

Veterans must demonstrate they face an “excessive burden” when receiving care at a Veterans Affairs medical facility and they must wait 30 days for an appointment at a VA medical center before going to a private physician.

Trump claimed that veterans love the new program. “And I used to say before I really was well-versed on the veteran situation in health care, I used to say all the time, ‘Why don’t they just let the folks go to a doctor?’ They’d wait in line for seven days, nine days, 14 days, 21 days … I said, ‘Why don’t they just let them go see a local private doctor, pay the bill and take care of it?’ And it’s turned out to be something that the veterans love. And it’s passed. It’s passed,” Trump said.

The AP reported that wait times suggest it’s unclear if veterans love the new program. “A recent report from the Government Accountability Office found that veterans waited an average of 51 to 64 days to receive care. A newly expanded Choice program will take at least a year to be implemented,” according to the AP.