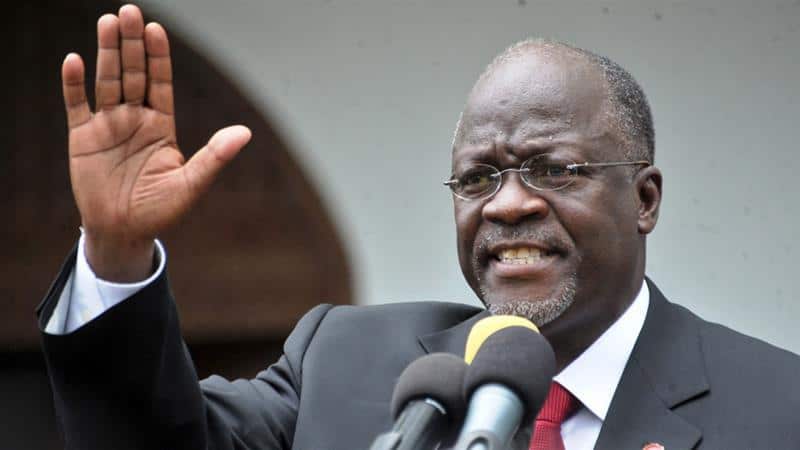 President John Magufuli of Tanzania recently charged women in the country to avoid the use of contraceptives, a situation which could birth population explosion. CARACAL REPORTS examines the implication of the President’s speech to the socio-economic development of the East African nation.

The spiraling population is what any President would lose sleep over, given its enormous costs.

But not for Tanzania’s John Magufuli.

On Sunday, a seemingly excited but myopic Magufuli undermined the use of contraceptives among women in the country, encouraging them to give birth to more children.

“Those going for family planning are lazy … they are afraid they will not be able to feed their children. They do not want to work hard to feed a large family and that is why they opt for birth controls and end up with one or two children only,” Magufuli had been quoted as saying by The Citizen, a local newspaper in the country during a public rally late Sunday.

The President added: “You have cattle. You are big farmers. You can feed your children. Why then resort to birth control?

“This is my opinion, I see no reason to control births in Tanzania. Women can now give up contraceptive methods.

“I have traveled to Europe and I have seen the effects of birth control. In some countries, they are now struggling with a declining population. They have no labor force.”

The report indicated that the United Nations Population Fund (UNFPA) representative for Tanzania, Jacqueline Mahon, was present when Magufuli made his comments.

Expectedly, the President’s speech has left many controversies in its wake; some for the statement and others against it.

Beyond the arguments and counter-arguments however, it is glaring that the President seems to be oblivious of one thing: The costs of having a huge population in Tanzania.

A political or patriotic outburst?

While Magufuli’s statement seemed to be borne out of patriotism, there is a more political undertone to it, analysts say. Some observers see the President’s comment as an attempt to further win over Tanzanians to his own camp, politically. And reality on the ground in the country is ample to drive this home.

Ideally, huge population means more infrastructure, improved health care, improved standard of living, a functional education system and other major developmental indexes. But how many of these indicators can Tanzania boast of? Many Tanzanians live in poverty.

A 2015 World Bank report pegged the country’s population at about 53 million, adding that 70% of them living on less than $2 a day.  The World Bank measures income (or consumption) poverty using a poverty line of $1.25 per day in $US 2005 purchasing-power-adjusted terms.

Trends in poverty alleviation in Tanzania vary greatly between urban and rural areas in which about 70% of Tanzania’s population dwells. Endowments play a large part in distributing economic growth unevenly, with urban households having better access to infrastructure, health services, and education. Migratory trends towards urbanization, which have risen from “5.6% in 1967 to 29.1% in 2012,” are only increasing the inequality. Another main factor of rural poverty in Tanzania is the lack of infrastructure to provide energy to a huge part of the population. Which means the electricity sector poses a significant liability to the government.

Due to the lack of knowledge and infrastructure to develop and implement some kind of agricultural technology, any droughts, floods or temperature shocks can severely damage the living standards of those people and create increases in unemployment, hunger, malnutrition and diseases rates (with special mention to HIV/AIDS), as well as, in really severe cases, mortality rates due to starvation.

The country’s child poverty level is also alarming, largely due to its slow economic growth. Based on 2012 estimates, more than a third of households “live below the basic needs poverty line” earning less than $1 a day, while 20% of the total population “live below the food poverty line”.This disparity in wealth between urban and rural is a key factor for child poverty in the rural areas, with 48% lacking basic needs compared to 10% of their peers in the urban areas.

The UN had earlier predicted that Africa’s population will double to around 2.5 billion by 2050, leading to warnings of a demographic time bomb if economic growth and job creation cannot keep up. This, therefore suggests that a huge population as clamored for by the President could drag residents in the country down further the poverty line.

The constitutional implication of the President’s speech is also worrisome. Opposition lawmaker Cecil Mwambe, for instance, has taken a swipe at the President’s controversial speech, noting that the country’s health insurance scheme can only accommodate a maximum of four children from one family.

Therefore, Mwanbe argued that the there was a need for an increase in the number of children covered by the health scheme from the existing four to ten. Many will, however, be consoled by a claim by Speaker of the country’s parliament, Job Ndugai who pointed out that the president’s speech was mere advice, not the government’s position.