Africa Maybe Leading A Revolution Against ‘Whites’ Control Of Land 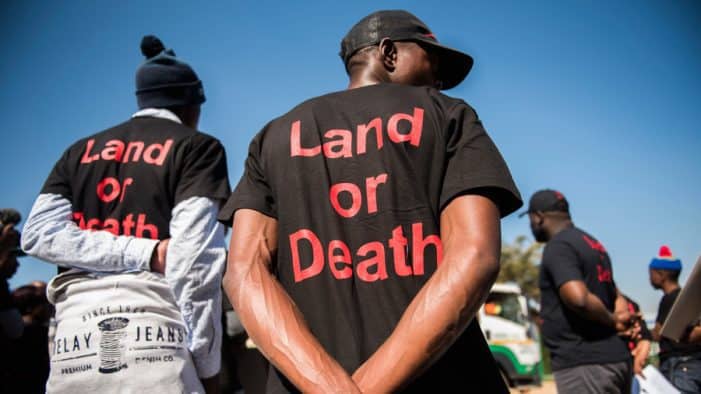 Recent developments in the continent are clear-cut indications that whites’ control over land in some African countries could be halved drastically in the coming days.

First, it was South Africa. Now it is Namibia. It seems African countries are leading a revolution to reduce whites’ control of land across the continent.

On Monday, Namibia’s President Hage Geingob unveiled plans to amend the country’s constitution to allow the government to expropriate land and redistribute to the blacks, who chalk up a more significant percentage of its population.

“The willing-buyer, the willing-seller principle has not delivered results. Careful consideration should be given to expropriation,” the President had said at the opening of the Second National Land Conference in the capital, Windhoek.

“We need to revisit constitutional provisions which allow for the expropriation of land with just compensation, as opposed to fair compensation and look at foreign ownership of land, especially absentee landowners.

“It is in all our interest, particularly the “haves,” to ensure a drastic reduction in inequality, by supporting the redistributive model required to alter our skewed economic structure. We should all be cognizant of the fact that this is ultimately an investment in peace.

“The fundamental issue is inequality … We also share a burning land issue and a racialized distribution of land resources with South Africa,” Geingob said.

“This comes from a common history of colonial dispossession. What we also agree to is that the status quo will not be allowed to continue,” he added.

From all indications, it is unarguable that there is increasing awareness to reclaim whites’ dominance and control of land across the continent. President Geingob’s claim that “the status quo will not be allowed to continue,” is seemingly becoming an accepted truism in African countries where the whites have control of the land over blacks.

Germany colonized Namibia. Like in South Africa, the country had been operating a willing-buyer, willing-seller approach- an arrangement which presupposes voluntarily selling of lands by commercial farmers to the government- for redistribution.

The present arrangement, the government however argued, was no longer productive and sustainable, citing the unwillingness of many farmers to sell the land to the government for redistribution and inflation of land prices by those who eventually chose to sell, a development which disadvantaged the blacks.

The country is, therefore, demanding for a transfer of 43% of its land, or 15 million hectares (58,000 square miles) to hitherto deprived blacks by the year 2020.

Namibia became a German colony in 1884 under Otto von Bismarck to forestall perceived British encroachment and was known as German South West Africa. The country officially became independent on 21 March 1990. Since independence, Namibia has completed the transition from white minority apartheid rule to parliamentary democracy. Multiparty democracy was introduced and has been maintained, with local, regional and national elections held regularly.

But there still exists inequality in land ownership between the blacks and whites. Recent statistics issued by the Namibian Statistics Agency revealed that white Namibians owned 70 percent of agricultural land and blacks 16 percent. Out of some 250 farms under foreign ownership, most were held by Germans, it showed.

This, the ongoing plans for constitutional amendment seeks to address. Similar push to reclaim land from the whites in South Africa has attracted heavy criticism by US President, Donald Trump, who accused the South African government of killing and indiscriminately stripping whites off their farms in the country. The development, earlier reported by CARACAL REPORTS, was fueled mainly by the South African government’s decision to expropriate land without compensation.

Namibia, however, is said to be weighing up plans to expropriate land with compensation.  How the white Namibians will receive the development remains unknown, but there are strong indications the move could also spark controversies like it did in neighboring South Africa. White-farmers in the continent is often wary of being caught up in a similar situation with Zimbabwe under Robert Mugabe. Mugabe’s land reforms strip most whites of their control of land ownership, drawing widespread condemnation.