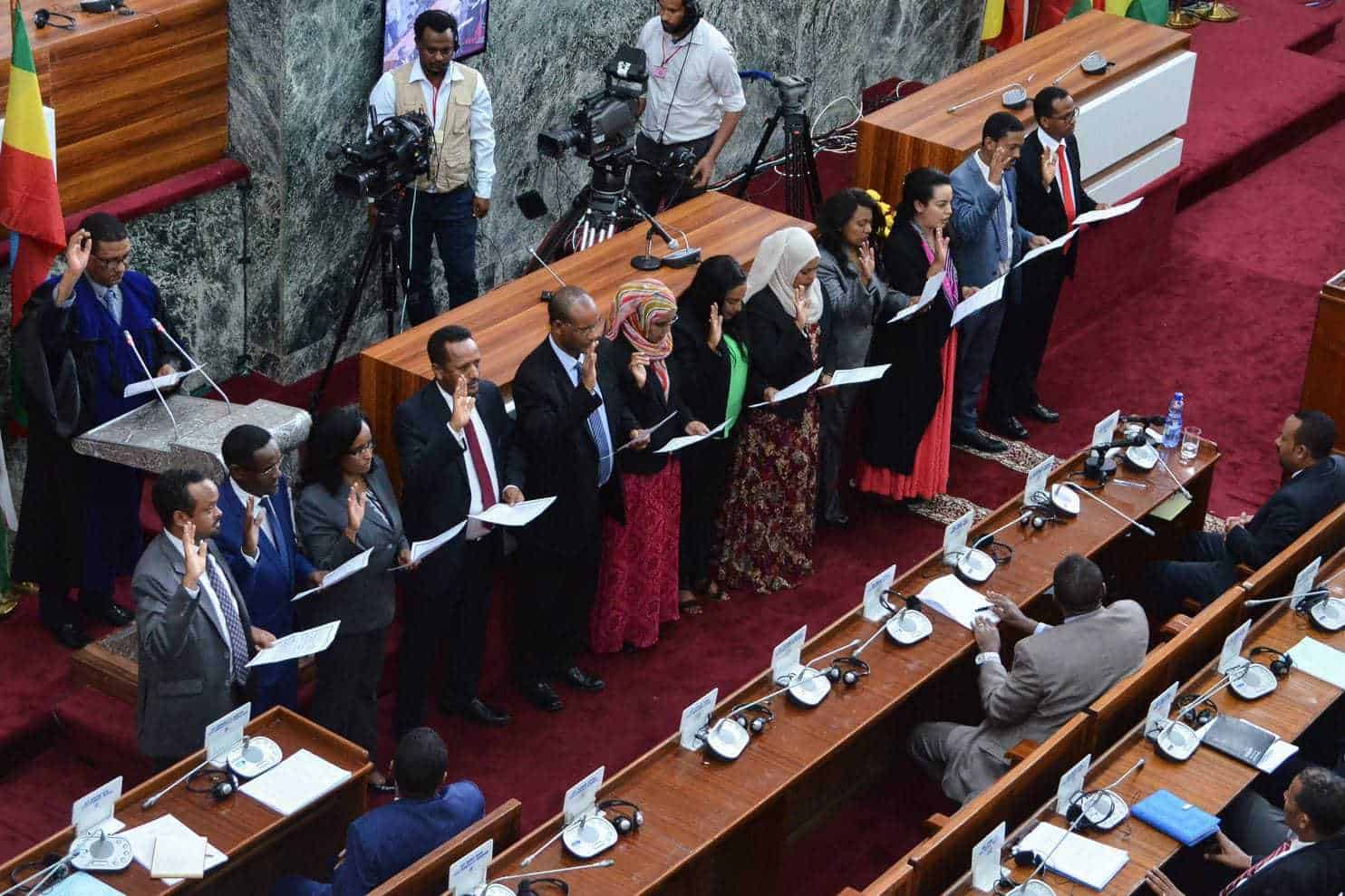 On Tuesday, Ethiopia’s Abiy Ahmed announced a new cabinet with women occupying 50 percent, a move that further strengthens calls for greater inclusion of women in governance in the continent.

The Abiy Ahmed revolution continues to sweep across Ethiopia. While the Prime Minister has so far earned commendations from various quarters for his strings of reforms in a once crisis-ravaged East African nation, he appeared to send out a message recently: This is just a tip of the iceberg.

On Tuesday, Ahmed announced a new cabinet, with women racking up 50 percent of the appointments.  The new cabinet, announced by the Prime Minister assigned key ministerial portfolios to women in the country, including ministries of peace, trade, industry, and defense.

The Prime Minister’s new cabinet is unprecedented in the history of the nation and the continent at large. No woman has ever overseen key ministries such as the defense before, but Ahmed’s administration is challenging the old-order with his reforms.

Speaking while announcing the new cabinet, the Prime Minister expressed confidence in the ability of women to steer the country to prosperity, contending that the days of excluding women from participating in governance were over.

He further explained that women are less susceptible to corruption, hence his choice to give them such priority as his administration seeks to rewrite the history of the country.

“Our women ministers will disprove the old adage that women can’t lead,” Ahmed said. “This decision is the first in the history of Ethiopia and probably in Africa,” he added.

Another shake-up also announced by the Prime Minister on Tuesday also included shrinking of the country’s ministerial appointments from 28 to 20.

New Dawn for women inclusion in governance in Africa?

Women inclusion and participation in governance in Africa have been a controversial issue. Cultural and religious beliefs among other factors have made it extremely difficult for women to occupy critical positions in governance in Africa. In 2016, Nigeria’s President Muhammadu Buhari had during a visit to Germany drew the ire of many rights activists when he stated that his wife “belongs to” his “kitchen, living room and the other room.”

“I don’t know which party my wife belongs to, but she belongs to my kitchen and my living room and the other room,” the President had been quoted as saying while standing next to German Chancellor Angela Merkel.

While there have been series of calls for greater inclusion of women in governance in Africa, such have barely yielded any positive result. However, Ethiopia’s example could yet signal a victory for proponents of greater women participation in governance and a benchmark to emulate for other countries in the continent.

With the recent development, Ethiopia joins a handful of countries, mostly European, where women make up 50 percent or more of ministerial positions, according to the Inter-Parliamentary Union and UN Women. This also makes the Horn of Africa the only African state after Rwanda to have equal gender representation in the cabinet.

This is the latest of Abiy Ahmed’s ongoing reforms in Ethiopia since he assumed office in April. The Prime Minister had during his inauguration promised to repositioned a war-torn country and revamped its ailing economy and few months into office, Ahmed, 42, is seemingly walking the talk.

However, while the Prime Minister has enjoyed remarkable support for his achievements, his administration had an ethnic crisis as a significant challenge to grapple with. Since taking over power, his government has been rocked by successive ethnic clashes in the countryside including violence in southern Ethiopia that has displaced nearly one million people.

His appeal for trust and unity to “heal our wounds… and work together to develop our country” has received a cautious welcome from many within a heavily ethnic-divided Ethiopia, with some alleging marginalization.