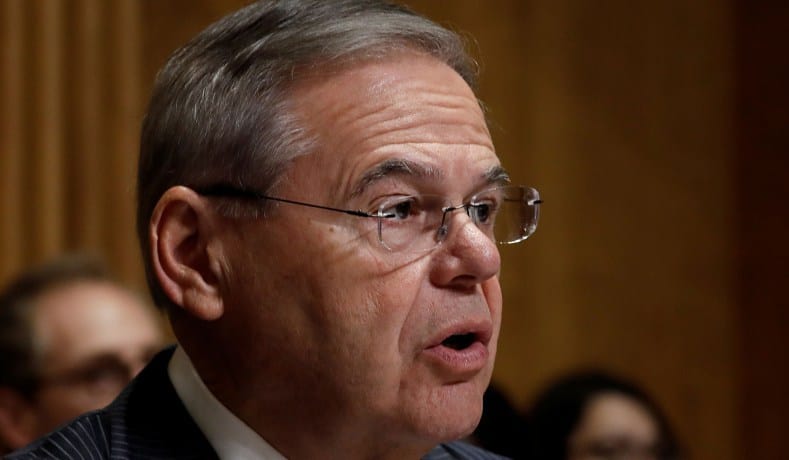 Its the Bob Hugin campaign ad on Senator Bob Menedez sleeping with underage prostitutes in the Dominican Republic true or a political hit-job by desperate republican fighting for survival in the polls?

The New Jersey Senate race between Republican Bob Hugin and Democrat Senator Bob Menendez is getting the country’s attention as the race is increasingly becoming nasty.
Bob Hugin who is a former pharmaceuticals executive has spent more than $10 million in negative ads against the Democratic incumbent.

The facts – New Jersey Senator Bob Menendez is no longer on trial in a corruption-related case. The case ended in a mistrial  and the DOJ file to dismiss the case in January 2018.

The “co-defendant” Dr. Salomon Melgen was sentenced to 17-years for Medicare fraud, not prostitution and that trial was not connected to Bob Menendez case.
Menendez’s trial did not involve the selling of underage, or sex with minority underage immigrant or prostitutes.

Our Verdict. An attempt to paint Senator Menendez with a heinous unproven crime of having sex with underage girls in the Dominican Republic without any concrete evidence is a new political low for Bob Hugin.

Facts. In April, the Senate Ethics Committee sent Menendez a “public letter of admonition,” which reads in part:

The Committee has found that over a six-year period you knowingly and repeatedly accepted gifts of significant value from Dr. Melgen without obtaining required Committee approval and that you failed to publicly disclose certain gifts as required by Senate Rule and federal law. Additionally, while accepting these gifts, you used your position as a Member of the Senate to advance Dr. Melgen’s personal and business interests. The Committee has determined that this conduct violated Senate Rules, federal law, and applicable standards of conduct. Accordingly, the Committee issues you this Public Letter of Admonition and also directs you to repay the fair market value of all impermissible gifts not already repaid. For the full Senate admonition letter

The Menendez corruption trial was not about sleeping with underage prostitutes as the ad claims.