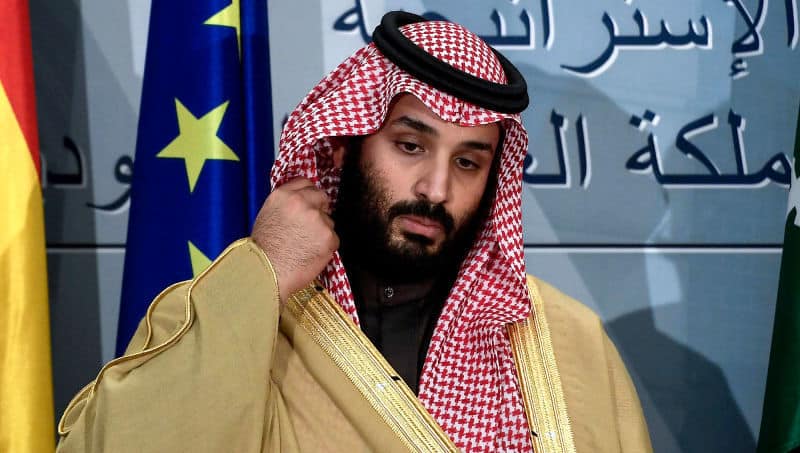 “The public prosecution received information from the Turkish side through the Joint Working Group between the Kingdom of Saudi Arabia and the Turkish Republic, indicating that the suspects in Khashoggi’s case premeditated their crime,” Attorney General Shaikh Suood bin Abdullah Al Mo’jab said.

Since Mr. Khashoggi’s disappearance on Oct. 2, Saudi officials have vehemently suggested he left the Saudi consulate in Istanbul the very same day. Officials shifted their story again saying he might have fallen victim to “rouge” agents of the Kingdom.

Finally acknowledging that a 15-man team had flown to Turkey to confront Mr. Khashoggi, Saudi officials admitted Saturday he had been killed inside the consulate —then called it an accidental death as a result of a “fist fight.”

The latest revelation in Khashoggi’s death comes after new information was received from a joint Saudi-Turkish investigation. The Saudi state news agency posted the statement.

The ever-evolving narrative told by the Saudi’s casts immense skepticism, even by President Trump who called it “one of the worst in the history of cover-ups.”

Sabah, a pro-government Turkish newspaper, reported Wednesday that C.I.A Director Gina Haspel had gained access to an audio recording and other evidence that the Turks say proved Mr. Khashoggi’s killing was a planned assassination ordered from top levels of the Saudi royal family.

The timing of the Saudi’s newest admission coincides with Haspel’s arrival back in the U.S., as she is expected to update the President on the evidence presented to her yesterday by Turkish officials.

On Wednesday, President Recep Tayyip Erdogan of Turkey called Mr. Khashoggi’s killing “premeditated murder” and asked a series of probing questions about who in Riyadh ordered the operation.

Turkish officials in their efforts to point towards premeditation, leaked a video to the media containing images intended to fool investigators. The security camera images show a member of the Saudi team; posed as a body double, allegedly wearing Khashoggi’s clothing and walking around Istanbul to create the idea he was alive.

Two days after Mr. Khashoggi’s eldest son, Salah bin Jamal Khashoggi, met with the Crown Prince Mohammad bin Salman, Human Rights Watch reported that he left Saudi Arabia. Salah held dual U.S.-Saudi citizenship and had previously been unable to leave the country due to a passport restriction placed by the kingdom some months ago.

Despite the White House’s alignment with the de facto ruler of Saudi Arabia, the crown prince, Mohammad bin Salman —the Saudi’s newest revision will likely increase bi-partisan Congressional pressure on the Trump administration to impose harsh sanctions on the Saudi government.

The Saudi heir, commonly known as MBS, has dismissed two of his closest and most-trusted lieutenants, deputy intelligence chief Ahmed al-Assiri and top aide Saoud al-Qahtani, in an attempt to address the growing international outcry according to the Middle East Eye, an independently funded online news organization.

So far, 18 people have been arrested in connection to Mr. Khashoggi’s murder, according to the Saudi public prosecutor.

An explanation as to why Turkish intelligence agencies had not previously shared their evidence with the U.S. government appears to have been the result of the Turkish President’s fear that the Trump administration might seek to aid Saudi Arabia in a cover-up, according to two political allies close with Mr. Erdogan and reported on by the New York Times.

Turkish foreign minister, Mevlut Cavusoglu spoke to reporters on Thursday and confirmed that the Turks had shared evidence with Ms. Haspel. “We shared information and evidence, within the framework of law” with “those who wanted to have detailed information,” he said.

While addressing more than 3,000 business leaders from around the globe at the Future Investment Initiative on Wednesday, the Crown Prince made extensive public comments stating that his country was doing all it could to complete an investigation and bring those to justice who were responsible in Mr. Khashoggi’s killing.

Mohammed called the killing “a heinous crime” that was “really painful to all Saudis” and to “every human being in the world.”

The Crown Prince accused unidentified critics of trying to use the case to “drive a wedge” between Saudi Arabia and Turkey. He pledged that this would not happen so long as his father is king and he is crown prince.

Saudi Arabia, a country that controls the worlds largest oil reserve, is ruled under an absolute monarchy and has widely been accused of having the worst human rights track record in the world. Saudi Arabia does not accept the United Nation’s universal declaration of human rights.