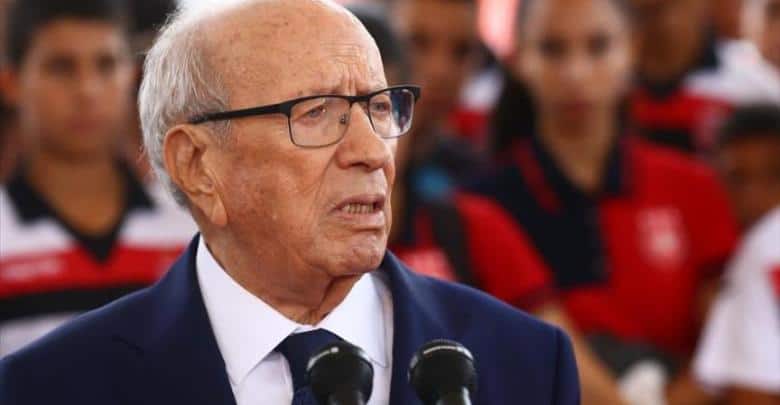 Tunisia’s parliament recently approved a proposed cabinet reshuffle by Prime Minister Youssef Chahed, an indication that the country’s political crisis is far from over.

Tunisia continues to grapple with the aftermath of 2011 Arab Spring which shook the country to its foundation. A panoply of good and the ugly, there is no doubt that the Arab Spring brought some positives to Tunisia.

For the records, the Arab Spring initiated Ben Ali’s overthrow in 2011 while it has brought about major reforms in Tunisia, strengthening claims the country could be a dominant force for revolution among the Arab world.

CARACAL REPORTS had earlier reported a major reform in the country which involved the passage of the bill known as the “Elimination of All Forms of Racial Discrimination” Act; criminalizing racial discrimination- one of the significant challenges the North African nation have had to grapple with for decades.

With the development, Tunisia becomes first Arab country and the second in Africa, to South Africa, to criminalize racial discrimination, but this is not the first time the North African will be spearheading a significant reform among Arab nations. In 1846, Tunisia became both the first Arab and the first Muslim country to abolish slavery.

Notwithstanding these positives, Tunisia is yet to find its balance since the Arab Spring- no thanks to a political crisis which ensued in the aftermath. With unemployment hovering above 15 percent and inflation at eight percent, Tunisia paints a picture of a nation at crossroads.

But many would be worried that there is seemingly no end in sight to challenges confronting the nation, with the recent approval of a proposed cabinet reshuffle by the Prime Minister, Chahed.

The country’s parliament had on Monday gave the approval to the reshuffling of the cabinet, including the appointment of a Jewish businessman Rene Trabelsi as tourism minister.

Trabelsi from the Island of Djerba is set to become the third member of the 2,000 strong Jewish community to take up a cabinet position since the country’s independence from colonial France in 1956.

The vote on Monday came following a 12-hour marathon session during which Prime Minister Youssef Chahed pleaded for political continuity in the crisis-ridden North African nation.

The Prime Minister had shortly after the approval expressed optimism that the cabinet reshuffle would fast-track economic development and revive the country.

“Since two years we were working under random shelling from friendly fire,” the prime minister had been quoted as saying in his speech while addressing the parliament.

He had added: “We have not found political support in the reforms and in the fight against corruption, this is no longer possible as we want clarity to move forward in reviving the economy and ending the political crisis.”

Some observers are however skeptical of the Prime Minister’s claim of the new cabinet reviving the economy.

Commentators argue that while the approval is widely seen in Tunisia as a victory for Chahed over his political opponents, including his party Nidaa Tounes, who demanded that he step down because of his government’s failure to revive the economy; it could deepen the power tussle between him and the country’s President; Beji Caid Essebsi, 91.

Tunisia is a semi-presidential republic, whereby the president is the head of state and the prime minister (named Head of Government of Tunisia) is head of government.

President Essebsi was elected in the country’s first free presidential election, held in December 2014. He was a major force that brought Chahed to power as the country’s Prime Minister. But the relationship between the two had gone sour. Essebsi has consistently slammed Chahed of failing to tackle high inflation, unemployment and other problems facing the country.

While there is no hope of the frosty relationship between the two thawing anytime soon, Chahed’s decision to appoint 13 new ministers last week- a development that the President is largely against- could deepen the power tussle and political crisis in the country.

Such unfriendly and hatred-riddled atmosphere, undoubtedly, is inimical to the ongoing push for economic development in the country.

Already, Essebsi has openly expressed dissatisfaction with Chahed’s appointment, claiming that he didn’t have ample time to consider the changes before the announcement by the Prime Minister.

He has demanded the prime minister’s resignation over his inability to resolve the country’s economic crisis.

The President’s son- who is reportedly nursing presidential ambitions in the country’s election billed for December next year- has arguably been Chahed’s strong opposition.

He had in May accused the Prime Minister of having “destroyed the party”. Chahed’s major stronghold remains in the parliament where he enjoys the backing of the majority of the country’s legislators, due to the implosion of Nidaa Tounes over the past two years.

Time will tell how soon the North African nation will hit the ground running and leverage on the positives brought about by the Arab Spring for its socio-economic development.