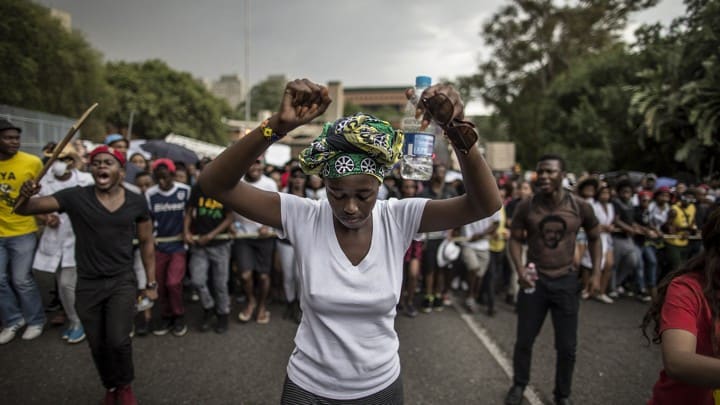 South Africa’s quest to purge apartheid legacies recently got a lifeline with the country’s parliament panel throwing weight behind President’s Cyril Ramaphosa’s push for a constitutional reform to allow land expropriation without compensation.

South Africa continues its push for a new dawn- where racial discrimination no longer exists under President Cyril Ramaphosa. Wedged between dashed hopes and the struggling for relevance, blacks in South Africa would be disappointed in the 1994 declaration of an end to apartheid rule in the country.

A major apartheid legacy still in existence in the country, about two decades after it was declared over could be seen in the disparity in land ownership between whites and blacks in South Africa. The land has been a controversial issue in South Africa as it is often interpreted through political lenses. Historically, the Natives Land Act of 1913 barred black people from buying or renting land in “White South Africa” during the colonial era, a situation which isolated blacks from the acquisition and use of their own land.

While the move was lauded in some quarters, especially among the blacks’ majority, it was heavily condemned by whites. US President Donald Trump had in a tweet slammed the South African government, accusing it of attempting to strip whites’ in the country of their control of land.

In spite of the odds, the push to form a constitutional change seemed within a touching distance of actualization, with the recent backing of the parliament last week Thursday.

The parliament’s backing remains a major boost to the ruling ANC-led government to end land disparity among whites and blacks in the country- a groundswell on which it rode to power in 1994.

Lawmakers from the party on the Constitutional Review Committee, along with those of the leftist Economic Freedom fighters had last week Thursday voted in favor of the proposed change.

“South Africans have spoken, loud and clear, and we listened to their cry,” Lewis Nzimande, co-chairperson of the committee, said in a statement.

“This has truly been a massive project. We have seen people queuing for long periods, just to make sure they have a say on the matter.”

The review team’s recommendation will now go to the national assembly for consideration. The panel’s conclusions are likely to be challenged in court before a full vote by legislators to change the constitution.

A major challenge to the actualization of ANC’s push for a constitutional change on land is the ferocious oppositions. The country’s main opposition Democratic Alliance, for instance, had consistently rejected the proposed amendment.

Also, AgriSA, an association of agricultural associations, criticized the committee’s recommendation, saying the amendment of section 25 of the constitution would be diametrically opposed to the protection of property rights and would gravely harm the economy.

Dan Kriek, Agri SA president, said his organization would challenge the recommendation, which it termed “reckless and populist”, through its legal team.

“The proposed amendment is politically motivated and will cause large-scale damage to the South African economy,” he said.

With the country gearing up for major elections next year, the ruling ANC has identified land redistribution as one of its major campaign strengths. ANC was mainly formed to champion the emancipation of the blacks in South Africa and issues affecting them, especially redistribution of land, but critics alleged the movement’s primary objective has been compromised.

ANC had promised that by 2014, 30% of white-owned agricultural lands would have been redistributed to black farmers but only 10% has been transferred so far, according to a BBC Reality Check Team’s report. Government reports indicate White farmers who are only a pocket of the South African population with 9% have a large control of agricultural farms, a development the blacks are kicking against.

The proposed constitutional amendment by the ruling ANC was believed to be part of ongoing efforts to grant the blacks more access to land in the country- a significant promise of the party when it assumed power in 1994.

Whether or not the party can actualize this remains unseen, with opposition springing up, and with the party battling to retain its public trust after the tumultuous administration of erstwhile President Jacob Zuma.

Notwithstanding, the recent backing of the parliament would be seen as a significant feat in the ongoing push for land reforms and an end to apartheid legacies in the country.