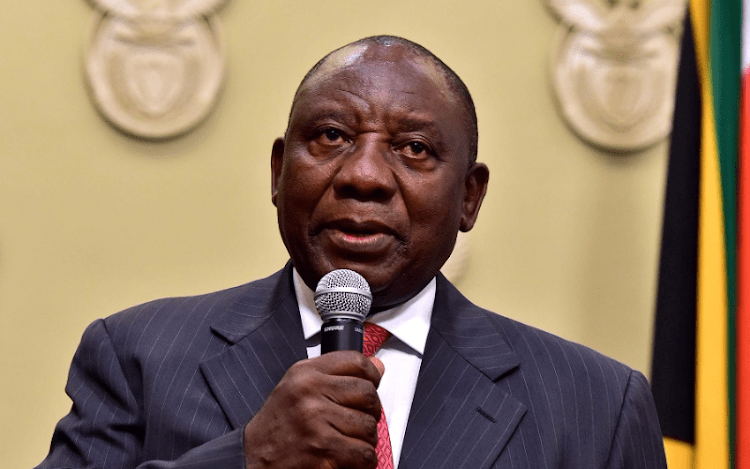 South African President, Cyril Ramaphosa has named Shamila Batohi as the new National Director of Public Prosecutions (NDPP). Batohi’s appointment is the latest of the many measures trawled by the President to garner goodwill for his administration.

The appointment was consequent upon the recommendations of a panel appointed by President Ramaphosa and led by Minister Jeff Radebe. The panel had interviewed 11 candidates and recommended five of them to be considered for the position.

However, after a thorough assessment of the five shortlisted candidates, the President selected Bathohi.

Disclosing Batohi’s appointment on Tuesday, Ramaphosa stated that her selection was borne out of his conviction that the newly appointed NDPP boss possesses the requisite qualities, which are essential to his administration’s quest to birth a new dawn in the country.

“I am confident that Adv Batohi possesses all the attributes of a capable NDPP. Throughout her extensive and distinguished career, and in the course of the selection process, she has shown herself to be a fit and proper person,” the President said.

According to him: “At this moment in our history, as we address matters that South Africans are most concerned about – such as state capture, corruption, and widespread crime – our country needs a National Prosecuting Authority that is above reproach in the performance of its mandate and that enjoys the confidence of the public.

“The NDPP must ensure that the National Prosecuting Authority exercises its functions without fear, favor or prejudice and should not be beholden to any vested interests, whether in politics, in business or elsewhere.”

Observers believe Batohi’s appointment is apt towards to the realization of the President’s new vision for the country following the tumultuous reign of former President Jacob Zuma, who resigned in February over corruption allegations.

The National Prosecuting Authority (NPA) has been without a permanent head since the Constitutional Court set aside the appointment of Shaun Abrahams in August.

Her political antecedent, unarguably, showed she would indeed be a plus to the Ramaphosa’s administration. Batohi is a former state prosecutor from KwaZulu-Natal and now International Criminal Court law advisor. She is widely respected for her prosecution of the late former Proteas captain Hansie Cronje, who was involved in match-fixing scandals.

Batohi said during the interview process that the NPA vision to deliver justice needed to be expanded.

“To create confidence in the NPA in the eyes of the public and I think that’s what has to drive everything that the NDPP does. If we can ensure that the NPA has credibility and trust as far as the public is concerned, then I think we’ve come a long way.”

President Ramaphosa rode to power in February with a serious task of repositioning the country’s image and rebuilding public trust, which had hitherto been battered by immediate past President Zuma’s corruption-plagued administration.

The President is seemingly making progress with the tasks, especially in correcting the negative image associated with the government. CARACAL REPORTShad earlier reported the resignation of his finance minister, Nhlanhla Nene after he confessed holding a meeting with members of the Gupta family, accused mainly of corruption and influencing appointments during the Zuma reign.

The move, which is unpopular in the annals of South African politics, has been hailed by stakeholders as an evidence of his government’s determination to purge the country of corruption.

Next year, South Africa will hold its sixth election since the end of the apartheid system in 1994 to elect a new National Assembly and new provincial legislatures in each province; an election would determine who will become the next President of South Africa.

Ramaphosa, the 5th President of South Africa, will lead the ruling African National Congress in the election, attempting to retain majority status and a full term in office as president.

The President is currently seeking to amend the country’s constitution to allow expropriation without compensation, a move which is tipped to correct the imbalances that exist between blacks and whites’ land ownership in South Africa.

Another case for women inclusion in African politics?

Tuesday’s appointment of Batohi is yet another evidence of women shattering Africa’s closed political glass ceiling by occupying key positions hitherto considered exclusive for men. President Ramaphosa had described Batohi as someone with the “the experience, conscientiousness and integrity to be the NDPP”.

Women are gradually being given a new level of confidence to oversee strategic positions in governance across the continent. Ethiopia’s appointment of women to occupy 50 percent of Prime Minister Abiy Ahmed is a glaring example.