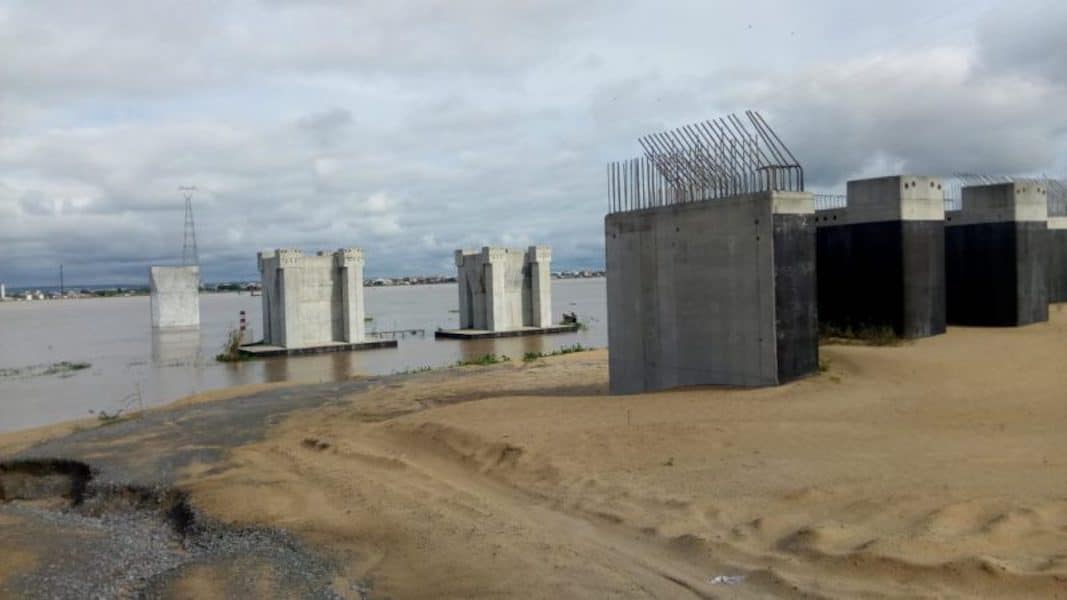 Two months ago, precisely in mid-October when the news and pictures of the fully-completed Chinese wonder bridge hit the online media, it did not tickle our surprise gland as one would expect, given that attributing such huge projects to a big economy like China is probably not expected to elicit amazement. But the mega-bridge; connecting Hong Kong, Macau, and the mainland’s southern city of Zhuhai, and stretching thirty-four miles, and the world’s longest cross-sea bridge, should have definitely taught us a sore lesson, and reminded us, as a nation, of our laxity and collective failures to optimize our resources – human and infrastructural potentials.

It should have reminded our country of the carcass figure of the popular River Niger Bridge, or bitterly, the lingering insipid political dramas surrounding the perpetually-proposed Second Niger Bridge project. But it never did,  that is our dear country.

The beauty of the new China bridge may not probably be that it will be up and running for one hundred and twenty years or that the construction was initiated and completed in less than eight years. No, the true beauty of the wonderful bridge is that it is reported to have a construction estimate of fifteen billion US dollars, a sum that stands an echo-end distance from what is laundered from our national treasury every fiscal year.

A popular public affairs analyst, in trying to prepare a suitable analogy of the filthy politics encircling the proposed Second Niger Bridge, described it as “Ogbanje – the mythical ill-fated lad that keeps dying and being born, repeatedly. It can also fit in the allegory of the witch crying in the night and a child dying in the morning. “As in Ogbanje that raises the hopes of the parents at birth and dashes same, as it dies shortly, the Bridge has become a weapon to lure, rape and dump unsuspecting Nigerians, especially from the East, by various governments at various time in the country’s history since 1970.

As the 2019 general elections inch closer, the center seems stage for the usual story on the bridge.” It is a very depressing thought to harbor, one that springs up both emotional and mental protests, and the recent announcement of thirty-three billion Naira for works on the bridge does not compel any satisfaction and credibility, after all, we are used to money-scare announcements.

The calls and cases for a Second Niger Bridge became loud following the aging beauty and dwindling durability of the current Niger Bridge. The existing Bridge, connecting mainly Delta State in the South-South and Anambra State in the South East, was commissioned by the late Prime Minister, Abubakar Tafawa Balewa in December 1965 –his last public function before he was killed in the January 15 Military coup. Fifty-three years after, and barely five years young from Nigeria’s Independence, the story still tastes as flavorless as the history of our stuttering national process.

The call for a Second Niger Bridge also attracted huge petitions on “account of steady increase in population, coupled with an upsurge in economic activities and urbanization. The surge in human and vehicular traffic on the bridge had begun to impact on it, gravely.” In countries that prioritize national infrastructure and even domestication of critical amenities, projects as important as the Second Niger Bridge would not be allowed to linger on like a helpless orphan.

Over the past two decades, the yearnings for a new Niger Bridge have been stifled into a tool for cheap politicking and craftiness among the Nigerian politicians. Votes from the South East are specifically interchanged with the promise of immediate construction of the Second Niger Bridge when they win. Then, as a people, hungry for development, we would give our votes, hopeful that we would also soon flaunt our new bridge on social media.

Sadly, billions of Naira would be announced on the mainstream media, to perhaps stir up hopes, and that would be it for another four years. From the regime of former President Olusegun Obasanjo to the abandonment by the present administration, the stories remain as new as they are disheartening. Though credits would be given to former President Goodluck Jonathan for approving a contract for rehabilitation of the current Niger Bridge, the lasting solution is still staring boldly into our eyes – a Second Niger Bridge.
The social and economic importance of the River Niger Bridge amplifies the urgency of a new and more sophisticated one.

The South Eastern part of the country, Anambra State especially, has become a fast-growing economic beehive of Nigeria, the fourth largest economy in Nigeria. The Onitsha and Nnewi Markets have proven a highly competitive spot for national and international business transactions. In fact, the Onitsha Main Market, once the largest market in West Africa, stands grandly on the shores of the River Niger. A new Niger Bridge will not only simplify and boost business check-ins into the South East, but it will also add to our national collections, and most importantly, it will save lives and ease the growing burden on the current one. Just like the new China bridge, a new and better Niger Bridge will open up boundless trade, tourism and vocational opportunities for the geopolitical zone and the country in general.

On October 20, 2017, during the campaign of the All Progressives Congress (APC) candidate in the Anambra governorship election, the Vice President, Professor Yemi Osinbajo, had reportedly told his audience that the Federal Government had released the sum of Two Billion Naira from the Sovereign Wealth Fund for the Second Niger Bridge project. It is more than one year, twenty-eighteen is almost over and we wait to see if the government was selling us the usual dummy or was only engaging us in the usual rollercoaster politics.

As an opinion article writer puts it: “The River Niger Bridge, is not a project for the Igbo. It is a Nigerian project for Nigerians. Every Nigerian on either side of the facility bears the same burden of neglect resulting from Government’s insincerity on the project. In abandoning the Second Niger Bridge or playing politics with its construction, it is the nation and its economy that count the loss. Also, fixing the facility that will serve as a major link for the larger geographical east, south-south, parts of the north and southwest, cannot and should not be seen as a favor to the southeast or any geopolitical zone.