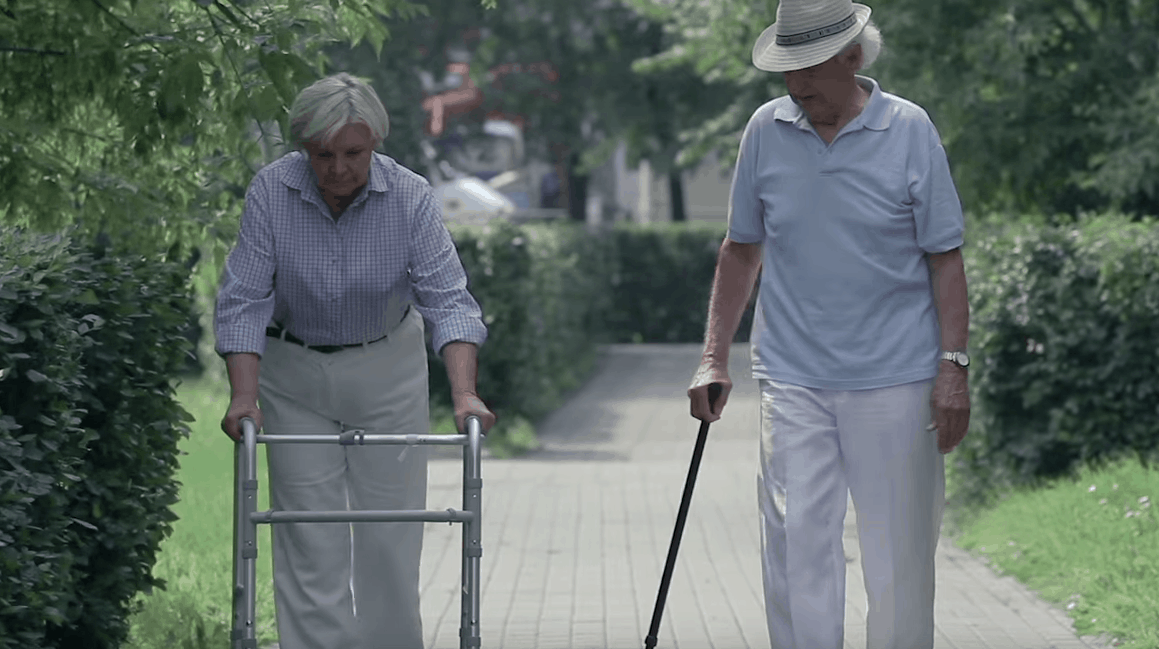 The elderly in American society shouldn’t have to plan for the loss of their rights and their estates in their old age. But the current guardianship system threatens the retired community with just that.

Guardian abuse came about from a broken system. States often provide guardians for when the elderly and incapacitated need outside care. County or state courts appoint them to take care of their wards either personally or financially.

But the system failed thousands of people by allowing dishonest people and corrupt politicians to handle guardianship. Public guardians cut off wards from communication with their families, charge massive fees, and in some cases, cause the death of their wards.

A System Motivated By Greed

Not all guardians commit these atrocities. However, more and more victims report guardian abuse every day.

“It’s nothing personal, it’s all about the money,” says Charlie Pascal, whose mother-in-law was a victim. “That’s what I tell all the victims. You have to get past it.”

The National Association to Stop Guardian Abuse (NASGA) writes that guardianship laws threaten “the health and wealth to our elderly and disabled citizens.” Director Elaine Renoire said that while people are working to pass laws, “legislation is slow moving, so we’re still at it.”

Guardianships For No Reason

The system supposedly helps those that need it. But what happens when those that don’t get caught?

When Mary Whitten and her sister, Cos Skaife, dealt with their uncle’s guardianship in the State of Pennsylvania, they had no idea how much was involved. The two collected horror stories of wards overmedicated and isolated from their families by unscrupulous guardians.

A small circle of officials, including Judge Stanley Ott, attorneys, and court appointed guardians, assigned guardianships to people without reason. One of the worst stories involves a woman who did not need guardianship or assistance in any way, but had it forced upon her.

Corinne Honeschuck, in the middle of a divorce, got in a debilitating car accident and asked for help in divorce court with her farm. The court gave her a guardian who instead of helping her, sold her farm, charged Honeschuck in storage fees, hourly fees, and help fees. The guardian had no problem with her ward living in a tent in the middle of winter.

After five years, the guardianship ended, but Honeschuck is still destitute. Her horse farm is gone, so she has no way to make a living.

Honeschuck is not alone. The same circle of people has put many people in public guardianship, overcharged in fees and services, and kept the wards away from their families. But this system of guardian abuse is not unique to Pennsylvania.

Al And the State of Florida

“My father is a poster boy for everything that can go wrong in a guardianship,” says Dr. Beverly Newman. Her father, Al Katz, spent the winter in Florida in 2009, when a medical crisis caused him to be put in emergency temporary guardianship (ETG).

“My father was only a snowbird in Florida,” said Beverly. “He was never a resident of the state. But they took him into guardianship.” The state of Florida did not notify Beverly and her husband of Al’s ETG, which was illegal.

“It was an extremely short hearing,” Beverly related. In a matter of minutes, a guardian took possession of Al’s assets. He was placed in hospice care in a nursing home, even though according to Beverly, he was relatively healthy for someone his age. “He couldn’t do his taxes by himself or drive, but that didn’t qualify him for guardianship from total strangers,” she said.

When Beverly and her husband finally heard that her father was in a nursing home, they left Indianapolis immediately and drove to Florida to pick him up. “I finally got ahold of my father,” Beverly recalls. “He was crying, ‘Come get me, please.’ So I told him, ‘Dad, I’m coming.’”

The Suffering Caused by the Guardian Abuse

The nursing home provided horrible care to Al. He was a Holocaust survivor suffering from PTSD after spending seven years of his life in camps in Europe, so the lockdown, behind “huge metal doors,” reinforced his trauma. When Al first came to the nursing home, the guardians attempted to put him in involuntary commitment in a hospital. The hospital refused, diagnosing him with “cardiac distress.”

That didn’t stop his caretakers. They placed him in lockdown in the nursing home for a total of three weeks.

Beverly told Caracal, “He had bed sores for months. They didn’t take care of him. When he got out, he had cellulitis and sepsis.” Eventually, Beverly won the guardianship of the person of her father. She brought him home and cared for him without any outside assistance.

Manatee County assigned a public guardian to the estate.

“My father had $300,000 in liquid assets at the start of his guardianship,” said Beverly. When he passed away in 2010, she said “His estate had $400 in it. They took everything. And they refused to pay my father’s income taxes.” The guardians cashed out Al’s life insurance policies, stole jewelry from the estate and charged an additional $45,000 when Al passed away in 2010.

Marcy And The State of Nevada

In an interview with Caracal Reports, Charlie Pascal detailed the guardian abuse that happened to him and his family while his mother-in-law, Marcy Dudeck, was a ward of the state of Nevada.

After Marcy’s husband died in 2006, the family tried to get Marcy’s son to care for his mother. According to Charlie, “We thought taking care of his mother might help give him a fresh start.” But this was not the case. After a domestic assault resulted in a police visit, the authorities removed Marcy from her home. They placed her in an assisted living facility, where she tested incompetent.

“Immediately, the state moved to start guardianship procedures on her,” said Charlie. “We tried to apply for guardianship, but at that time, Nevada had a law that stated that out of state relatives couldn’t be guardian of any resident.”

Commissioner Jon Norheim refused to allow the Pascals to take Marcy into their care. However, Chancellor Gardens treated Marcy terribly. Charlie said, “We went to visit my mother-in-law and found she hadn’t been bathed in two weeks.” He added, “We told Norheim how bad the conditions were, and he said he didn’t care.”

Eventually the Pascals took matters into their own hands and took Marcy out of Chancellor Gardens. They brought her to California and put her in a better assisted living facility. However, the nightmare didn’t end there.

The Assignment Of a Guardian

In 2007, the state of Nevada appointed Jared Schafer as guardian to Marcy Dudeck. A few months later, Charlie received a call from his broker.

A year later, the IRS called Charlie. “The taxes on the Dudeck estate had not been paid in two years,” he related. “Schafer was responsible for paying the taxes, and didn’t do it.”

A blog post published in 2017 stated that the guardians acted legally. Under the jurisdiction of the courts, they did nothing wrong.

A court order held that Marcy was to stay in California assisted living facility for the rest of her life, where she was happy and close to family. But in 2009, Marcy was kidnapped. She was brought to the state of Nevada and put under the direct care of Schafer. Witnesses in California said she started crying, saying she was being forced against her will to leave there.

She died on February 5, 2010, malnourished, dehydrated, and without proper care.

Why Did It Happen?

Charlie Pascal believed that part of the reason the state of Nevada held on to Marcy was for her vote. He told Caracal Reports that in 2012 and 2014, Marcy voted, even though she had already died in 2010.

A blog written by a retired clerk in Clark County, Nevada, backs up his statement.

The clerk wrote, “Fraudulent guardianships are encouraged by the Clark County court system because the money from guardian confiscated accounts finances voter fraud.”

“The problem with this field is when a family falls into the system, it’s like traveling into a bad version of Alice in Wonderland,” said Charlie. “Everything is turned upside down.”

That same guardian was implicated in a number of scandals in public guardianship.

A report to the Senate Special Committee on Aging found that 1.3 million individuals are under guardianship in the United States, with more than $50 billion worth of assets held in guardianship accounts.

However, that number may not be entirely accurate. Few states report complete data, according to the Center for Elders And the Courts. Courts seal some cases entirely, preventing the public from knowing the details.

Guardianship is typically permanent. The ward’s death marks the end of a guardianship, at least, on paper.

According to the Orlando Sentinel, a professional guardian, Rebecca Fierle, signed DNR orders for her wards without court approval. 75 year old Steven Stryker, one of her wards, died because of one of these orders. When state agents searched Fierle’s office, they found the cremated remains of nine of her wards. She had been the guardian for more than 500 people before the courts removed from her position.

Florida Governor Ron DeSantis launched an investigation of the state’s Office of Public and Professional Guardians.

The Move To Stop Guardian Abuse

The National Association to Stop Guardian Abuse, an organization with more than 40,000 members, works hard to enact better legislation statewide and federally to stop this abuse. Director Elaine Renoire told Caracal Reports that many families had complained that “unscrupulous guardians isolated the person in guardianship from family, friends, and clergy.”

A criminal bill, The Peter Falk Criminal Isolation of Elders Act, passed in three states. It subjects guardians and power of attorney agents to criminal prosecution for wrongful isolation.

A revision to an already existing law, the Uniform Guardianship Conservatorship and Other Protective Arrangements Act, addressed wrongful isolation as well. It passed in two states, Maine and Washington.

A guardian from Nevada used the system to exploit 150 individuals. Cases like these, reported in the mainstream news, sparked national attention. In 2018, Senators Susan Collins (R-ME) and Bob Casey (D-PA) introduced a bill, The Guardianship Accountability Act, into the Senate.

Senator Collins said, “Protecting older Americans from financial fraud and exploitation has long been one of my top priorities.” Senator Casey added, “While most guardians act in the best interest of the individual they care for, far too often, we have heard horror stories of guardians who have abused, neglected or exploited a person in their care.”

The bill pushes for mandatory background checks for guardians, increased supervision of guardians, and an encouragement for less guardianships in general.

The bill has yet to make it to the floor.

The House of Representatives’ Attempt

The House of Representatives more recently launched another bill, HR 4174, on August 7, meant to reform state guardianship. This bill was in response to the abuses in Florida, particularly the ones wards received at the hands of Fierle. It repeated the same recommendations as the Senate Bill.

For now, the families of the victims have only more work to do. While states and counties refuse to investigate or prosecute public guardians for abuse, these families remain the only reminder that something went wrong in the system.

“They try so hard to get rid of us,” Beverly said. “But they are never getting rid of us.”