Trump Turn To Old Playbook Of Racism For Re-Election 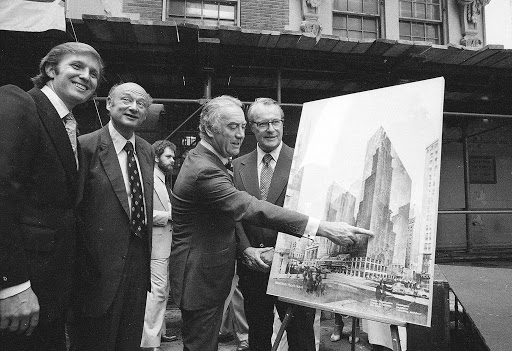 President Trump returned to his old playbook of racism and division after a disastrous 4 years of failed policies. The president has long used racial tensions and fears to pander to his base, predominantly older white suburban voters. From his early campaigns referring to Mexican immigrants as “rapists and murderers” to more recently when he called Black Lives Matter protestors “thugs,” Trump relies heavily on his divisive and racist rhetoric. With less than 100 days to the election in November, the president’s most recent play to his supporters is especially concerning.

On July 23, the Trump Administration announced they would be removing the Affirmatively Furthering Fair Housing policy put into place by former President Barack Obama in 2015. The AFFH was designed to strengthen the Fair Housing Act of 1968 and hold communities accountable for investigating and reporting racial bias in housing, and to ensure compliance to receive federal funding.

As expected, the decision was followed by a tweet from the president tweeting, “I am happy to inform all of the people living their Suburban Lifestyle Dream that you will no longer be bothered or financially hurt by having low-income housing built in your neighborhood. Your housing prices will go up based on the market, and crime will go down. I have rescinded the Obama-Biden AFFH Rule. Enjoy!”

The decision to rescind the AFFH is a particularly bold move given the current climate in America right now. The BLM movement and the call for racial justice is increasing in its strength, and the discussion of systemic racism throughout all of US history is at the forefront. Housing, in particular, has long been one of the ways the government itself has sanctioned segregation and racism. This decision also comes at a time when an estimated 6.7 million Americas are facing evictions due to the Covid-19 pandemic crisis.

Redlining and The Fair Housing Act

Redlining is a term initially coined to describe how lenders and financial institutions would determine where to invest and to whom to approve mortgage lending. The practice consisted of maps in which undesirable areas were outlined in red. These neighborhoods were almost always inner cities and predominantly black and minority communities. This practice was sanctioned by the Federal Housing Administration and is one of the clearest examples of government-sanctioned segregation and racism.

Decades of redlining practice resulted in not only the deterioration and decay of urban minority communities but in wealth gaps and increasing financial disparity among races, as black Americans were denied credit and lending and access to suburban areas and home-ownership.

The Fair Housing Act of 1968 and the following Community Reinvestment Act of 1977 were passed specifically to ban these practices and to provide fair, equal housing and access to credit to all Americans regardless of race or nation of origin. It seems important to note that in the 1970s, President Trump and his father were sued by the US Department of Justice for repeated discriminatory practices against black tenants.

In 2015, the Obama Administration sought to fortify the Fair Housing Act by adding the AFFH to not only guarantee communities were enforcing the act but to foster more inclusive and diverse neighborhoods across the country. Trump’s decision to remove these protections undoubtedly turns back important progress in the fight for racial equality and the right of every American to have fair access to housing.

The Eviction Crisis is Coming

The increase in rent and housing costs over the last few years has already made housing harder to come by and easily provide for many American families.  And the need for affordable housing will grow exponentially in the coming months. As rent protections are being lifted, and the pandemic continues to surge, many Americans are still suffering devastating economic losses from unemployment.

Low-income families have long relied on government subsidies provided by housing developed under the guidelines of the FHA and further enforced and incentivized by the AFFH rule. Affordable housing, which was being made available in all communities, including suburbs since the addition of the AFFH rule, allows families access to fair and equal housing.

The number of these families will soon be flooded with millions of Americans that will be forced out of their homes due to changes in their finances brought on by the pandemic. To be able to handle this wave of demand and to prevent unprecedented homelessness in every state, the country will need more access to affordable homes in even more locations. Trump’s recent decision will only make this increasingly less likely.

Trump’s decision to revoke the AFFH rule is one that not only fans the flames of racial tension and divides across the country, but his latest play to his base is one that continues to add to his failure in responding to the coronavirus pandemic.