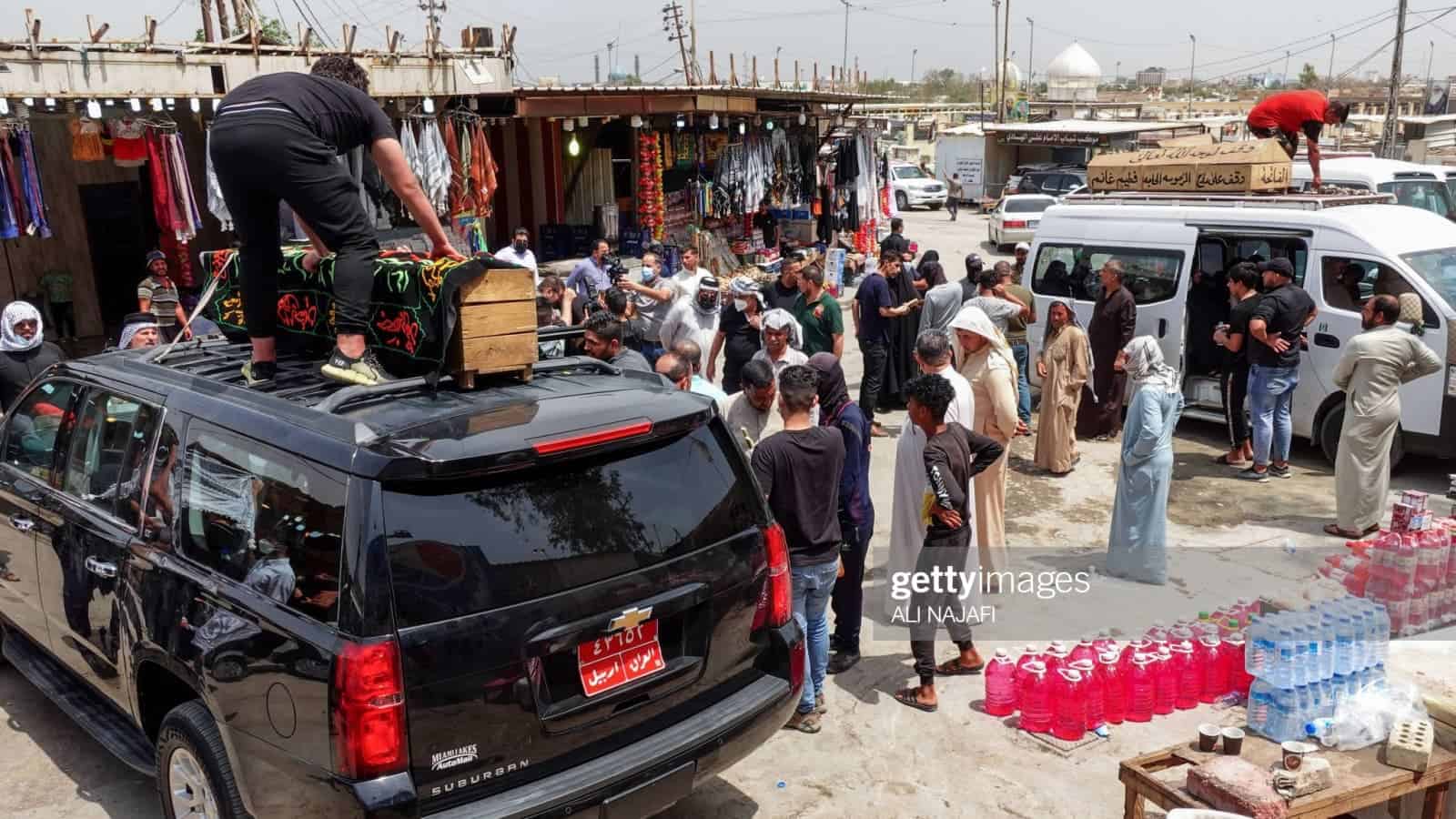 Witnesses at the scene described “volcanoes of fire,” which “overwhelmed” the unit within minutes. Many patients could not be evacuated, and some of their loved ones refused to leave them behind.  At least 28 of the patients who died were reportedly on ventilators.

Families awaited news of loved ones Sunday morning, as many of the victims have not been identified.

“Negligence in such matters is not a mistake, but a crime for which all negligent parties must bear responsibility,” al-Kadhimi said.

Former Minneapolis police officer Derek Chauvin was found guilty of second-degree unintentional murder, third-degree murder, and manslaughter on Tuesday for the May 2020 killing of George Floyd.

Following the verdict, Chauvin was booked into a maximum-security prison where he has been segregated from the general population for his safety. His sentencing is scheduled for June, and he faces up to 40 years in prison.

The other former officers on the scene with Chauvin are anticipated to go to trial in August to face charges for aiding and abetting in Floyd’s death. Legal experts speculate that they will likely plead guilty to avoid a jury trial following the outcome of Chauvin’s trial.

The case and ruling are monumental for efforts to hold police accountable for preventable deaths of citizens, but police shootings escalated surrounding the verdict. From Columbus, Ohio, news that a 16-year-old Black teen named Ma’Khia Bryant was shot and killed by officers broke nationally alongside the Chauvin verdict. She was one of five people who would be shot to death by police across the nation in the 24 hours following the verdict.

With the shootings, the White House is said to be “working to address systemic racism and implicit bias head-on (by) passing laws and legislation that will put much-needed reforms into place at police departments around the country.”

New reports suggest the U.S. Department of Justice is considering additional charges against Chauvin for a 2017 incident in which he kneeled on a Black 14-year-old for more than 17 minutes. Chauvin was allegedly ignoring distress calls from the teen, who complained that he could not breathe in a scenario with horrifying similarities to the death of George Floyd.

For reference, Chauvin had 22 complaints or formal investigations in 19 years of police service. He only faced official disciplinary action once.

A Navy submarine sank off the coast of Bali, Indonesia on Wednesday, killing 53 crew members.

The submarine was missing until early Sunday when Navy officials reported signals from its location. The vessel was found on the seafloor, shattered into three pieces. Officials are unsure what caused the devastating wreck but are sure none of the crew could have survived, especially after three days with limited oxygen.

The discovery of the ship’s remains brings to close an international search effort.

Coronavirus Herd Immunity At Risk in U.S. Due to Vaccine Hesitancy

According to a CBS News survey, the number of Americans who are hesitant or opposed to receiving the coronavirus vaccine is decreasing. Unfortunately, it may not be enough to achieve herd immunity in the U.S.

According to the survey results, 4 in 10 Americans have already received at least one dose of the vaccine. Of those remaining, 4 in 10 will not or might not get vaccinated, as opposed to 2 in 10 who will receive the vaccine when it is available to them.

Most refusing or hesitant chose “still too untested/waiting to see what happens” as their reasoning. Some concerns about side effects, specifically blood clots, were also noted, and overall suspicion of the government. There are also social media trends, such as profile picture frames on Facebook, which encourage vaccine refusal and question the intelligence of those who receive it.

Notably, there is a link to political parties in the survey findings, as younger Republicans reported being more distrustful of the vaccine and less concerned overall about the virus than other groups.