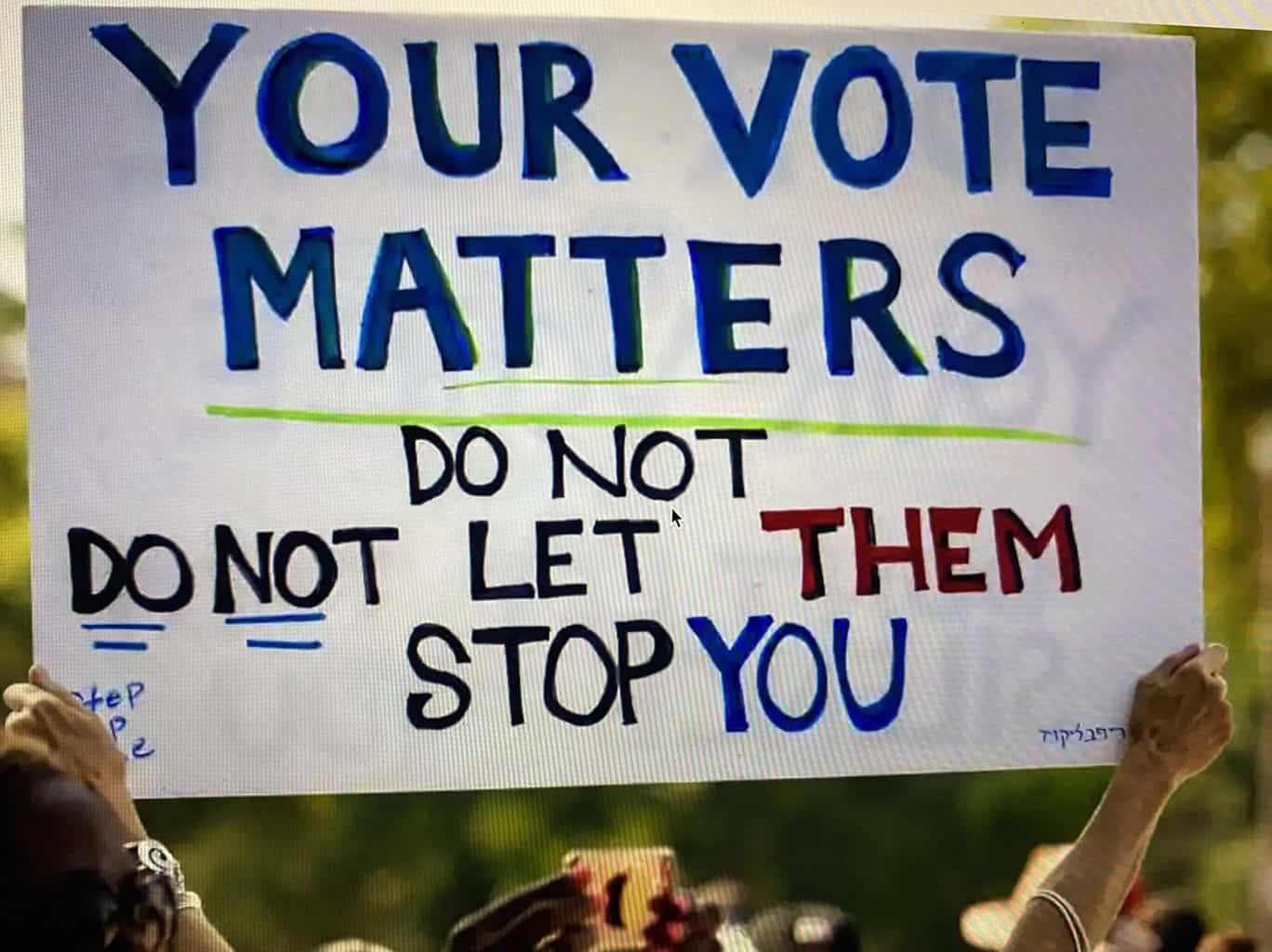 Senate Republicans have blocked a key voters rights bill on Wednesday for the third time this year, leading Democrats to question their next move.

The Freedom to Vote Act, aimed at correcting the nation’s election system and disbanding voter suppression, failed to advance in the U.S. Senate after unanimous opposition from Republicans. The bill, introduced on Sept. 14, depended on a 60 vote filibuster rule to begin debate in the senate. All 50 Democrats, including Joe Manchin of West Virginia, voted to push the bill. And all 50 Republicans opposed it, resulting in 10 votes short of the 60 in a failed attempt at passing the bill. However, Senate Majority Leader Chuck Schumer made a last-minute change to vote “no,” a procedural maneuver that would allow him to reconsider the bill. There was final voting of 49-52.

The push for the voting legislature comes over a month after at least 18 states enacted new voting restrictions following the 2020 elections. Many argue that the restrictions are similar to Jim Crow law, creating difficultly for Black and minority communities to vote.

What is The Freedom to Vote Act?

The Freedom to Vote Act is a bill to combat voter suppression, gerrymandering, interference in elections, and dark money. The bill hopes to make the voting process easier for Americans by expanding opportunities such as early voting, mail-in voting, voter validation through different forms of identification, and making Election Day a legal public holiday.

It would also crackdown on “deceptive and intimidating practices,” such as providing accurate information if state officials fail to do so. Formerly incarcerated citizens would also have the right to vote once released.

“The bill creates protections for individuals subjected to excessive lines on Election Day— most often Black and Latino voters — by requiring states to ensure that lines last no longer than 30 minutes and restricting states from prohibiting donations of food or water to voters waiting in line,” the fact sheet states.

Gerrymandering, a common issue in elections, would be banned under the Freedom to Vote Act. Lawmakers would no longer draw district lines to favor one political party or racial group, an act that hurts communities of color and distorts election results.

But, with no action made to pass the bill, many, especially Black leaders and voters, are growing frustrated with the Biden administration. Machelle Obama tweeted about the GOP vote and NAACP President and CEO Derrick Johnson released a statement following the failure to pass the bill.

“There is no such thing as bipartisanship when one half of a legislative body does not respect the Constitution which they swore an oath to protect,” Johnson said. “Don’t forget that Black voters landed a victory for this President and this Congress, so don’t fail us again.”

Co-founder of Black Voters Matter Cliff Albright spoke with The Hill on Wednesday, showing disdain for the lack of advancement in the bill.

“Everything that we’ve seen and heard from the administration tells us that it simply is not a priority for them, and they don’t think it’s important,” Albright told The Hill.

“We’ve been down this path before,” he said. “You tell us that this is the most important election ever. You tell us you got our backs, and you’re going to move on our issues. We come out in record numbers, historic numbers — and in Georgia not just once for November but then coming out and doing it again in January — and then you don’t deliver.”

Albright predicts that Black voter participation is certain to fall, saying that “Black folks are dissatisfied with the ways that we have been taken for granted.”

The only way to keep voters is if Congress passes bills that have been the top legislative priority for Black Caucus. So now, the goal for Democrats is to block a filibuster.

Voters Rights and the Filibuster huddles

A filibuster is a long-lived Senate tradition of unlimited debate or obstruction that would prevent a bill from coming to a vote. Filibuster rules allow for “prolonged debate and delay or prevent a vote on a bill, resolution, amendment, or other debatable question.” By 1975, the number of votes required for a bill to be considered “filibuster-proof” reduced from a two-thirds majority to three-fifths of all senators or a supermajority of 60 votes of the 100-member senate.

Filibustering can, unfortunately, be all that is needed to prolong or block the passage of a bill. The only rule that allows a filibuster to end is what is known as the cloture rule, which “places a time limit on a bill’s consideration and provides it with a path to move forward.” Thus, besides cloture, the only way the Freedom to Vote Act can advance is if the filibuster rule is rescinded.

“I’ve concluded that democracy itself is more important than any Senate rule,” said Sen. Angus King of Maine. King, an independent who caucuses with Democrats, recently expressed his opposition to the filibuster rules and acknowledged that weakening the filibuster would likely prove to be a “double-edged sword.”

Democrat Senator Chris Van Hollen of Maryland said, “We will circle back with all of our colleagues to plead with them to make the changes necessary to pass this bill.”

On Thursday, President Biden acknowledged the filibuster during a CNN town hall in Baltimore, saying that he is open to altering the filibuster “and maybe more.”

He recognized, however, that doing away with the filibuster may hurt his chances of passing his economic agenda.

Biden said he would propose to bring back the “talking filibuster” where senators would “talk until they finished” to stall a bill.