Only One Black Juror Selected in Ahmaud Arbery Murder Case 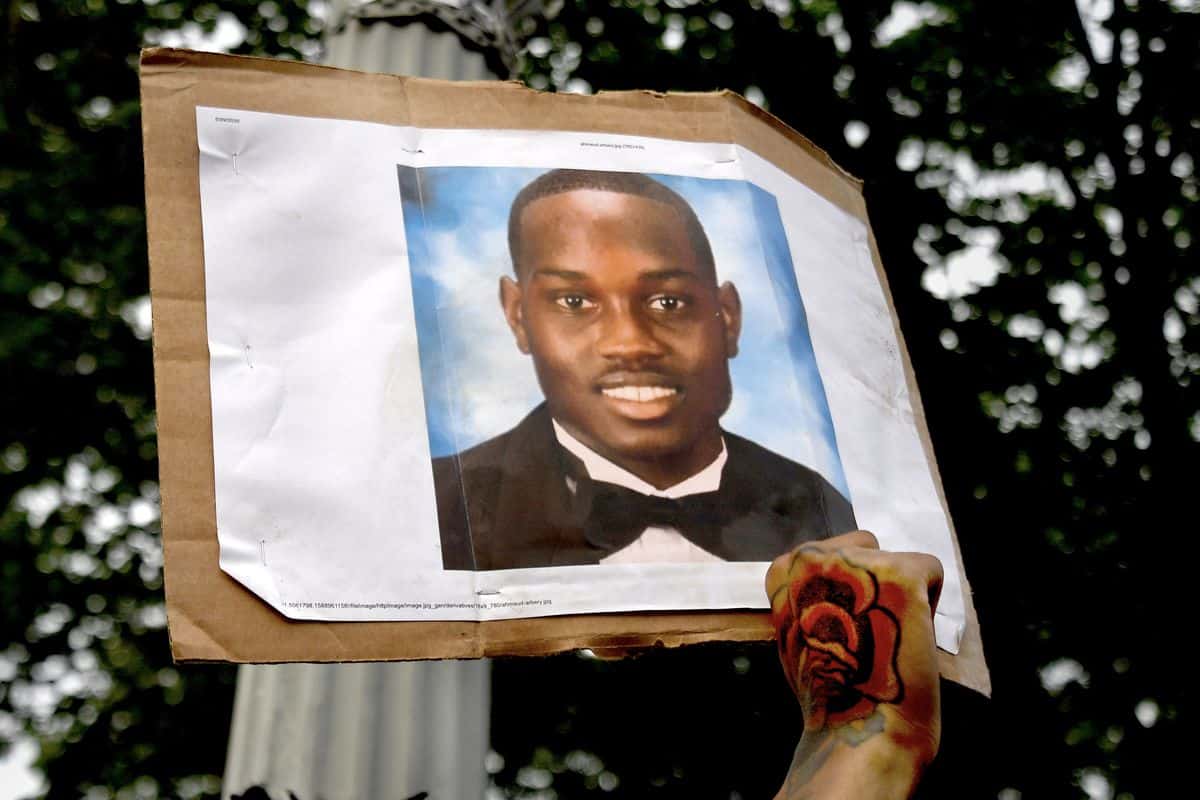 On Wednesday, the two-and-a-half-week jury selection process in the trial of the murder of Ahmaud Arbery concluded with a nearly all-white jury. Only one Black juror was selected in the case of Arbery’s murder after he was tracked down while on a jog in a Georgia neighborhood by three White men and fatally shot by one of them, Travis McMichael.

Now that the jury has been selected the murder trial is set to start today, November 5.

The trial will be held in Glynn County, where the killing occurred. While the county has a 26.6 percent Black population, 11 of the 12 jurors are White.

Linda Dunikoski, a special prosecutor from the Cobb County District Attorney’s Office, attempted to appeal to the judge that the defense had removed jurors based on race.

Responding to complaints that the jury is disproportionately White, Judge Timothy Walmsley said, “this court has found that there appears to be intentional discrimination.”

However, the judge is allowing the trial to proceed and begin on Friday. He said that the defense met all the legal burdens they needed to fulfill to describe why they wanted each individual juror eliminated.

The case was one of many that ignited calls for racial justice that culminated in a summer of protests and police violence in 2020.

Why Did the Jury Process Take So Long?

The jury process took so long because the court system had to send out over 1,000 jury notices since most recipients said they had already formed an opinion about the high-profile case.

The lengthy jury process has drawn comparisons to the Kyle Rittenhouse case, where a White man killed three men at a Black Lives Matter protest in Kenosha, Wisconsin. The jury, in that case, only took one day to seat.

However, the Rittenhouse case has been plagued by controversy. One juror has already been removed from the trial for making a joke about the Jacob Blake shooting, which ignited protests in Kenosha.

Some potential jurors also reported that they did not want to sit on the jury due to potential fallout from the high-profile case and the impact it could have on Glynn County.

“It would appear that White males born in the South, over 40 years of age, without four-year college degrees, sometimes euphemistically known as ‘Bubba’ or ‘Joe Six Pack,’ seem to be significantly underrepresented,” said defense attorney Kevin Gough.

While the defense is concerned with the amount of “Bubbas” on the jury, the commentary around the jury selection and the judge’s comments appears the defense has got a favorable jury.

What is Expected to Happen in the Ahmaud Arbery Case?

The defense is expected to make the case that the three White men were trying to carry out a legal citizen’s arrest when they stopped Arbery.

However, Arbery was unarmed at the time of the incident and by all accounts was simply taking a jog when he was killed.

The concept of a citizen’s arrest has a racist legacy in America and nearly every state in America has some form of law on its book. A bipartisan group of Georgia lawmakers overturned the state’s law that legalized this form of citizen arrest 15 months after Arbery was killed.

“I think the state of Georgia is moving in the right direction by passing this particular bill,” said Wanda Cooper-Jones, the mother of Ahmaud Arbery. “Unfortunately, I had to lose my son to get significant change. But again, I’m still thankful.”

However, the law was still in effect at the time of Arbery’s killing, so the defense is expected to use it to defend the three men.

Similar to the Rittenhouse case, the legal proceedings in this murder trial are under a media spotlight, and the court will struggle to keep the jury and case unaffected by the media attention.

The defense has been served some bad news as to what is admissible in court. The court ruled that Arbery’s criminal record is not relevant to the case as the three men had no prior knowledge of Arbery.

The video related to the case is incredibly graphic and appears to be a cut-and-dry case. The three men chased Arbery through a neighborhood armed with guns in their pickup truck while Arbery was jogging.

However, with raw memories of the Trayvon Martin killing and other similar acts of violence against minorities in America, many are worried about the result of this emotionally charged case.