CAF confirms the use of VAR in all 52 AFCON matches 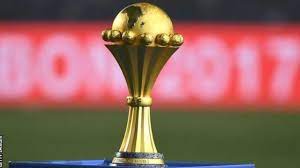 Ahead of Sunday, January 9, the kick-off date of the rescheduled 2021 Africa Cup of Nations (AFCON) in Cameroon, the Confederation of Africa Football, CAF, has confirmed the use of a Video Assistant Referee (VAR) in all 52 matches.

In the last edition of the tournament in 2019, played in Egypt, VAR was only used during the quarterfinals.

However, with the advancement of VAR technology and its personnel on the continent, CAF said VAR would be employed in all 52 matches this time.

The roster includes two referees from the CONCACAF as part of CAF’s inter-confederation skills exchange program.

The host country, Cameroon, will play Burkina Faso at the Olembe Stadium in Yaounde, as AFCON begins on Sunday, 9th of January 2022.

Meanwhile, Nigeria’s Super Eagles, which play the Pharaohs of Egypt on January 11, are already in Cameroon.

Other teams in Group D that the Super Eagles also have to face are Sudan and Guinea-Bissau.