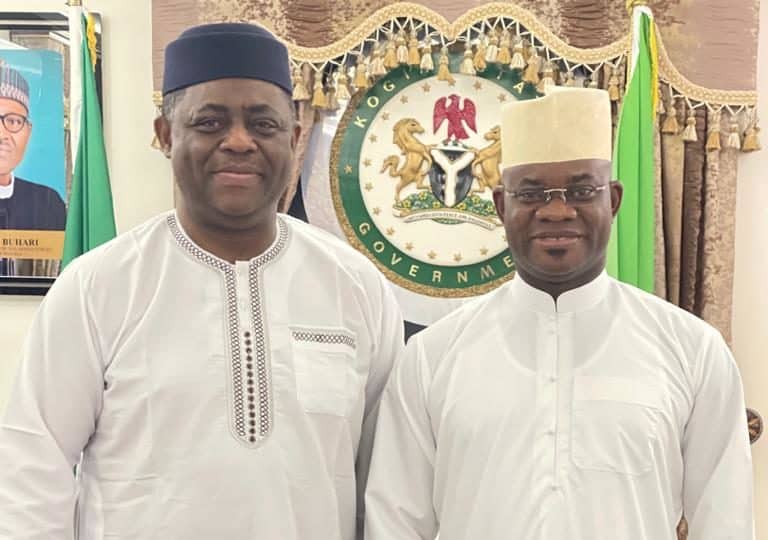 Femi Fani-Kayode has said that Atiku Abubakar stands no chance in the 2023 presidential election against Kogi state Governor Yahaya Bello.

“He (Mr Bello) will defeat the former vice president hands down,” Mr Fani-Kayode said. “Particularly Atiku Abubakar cannot stand against anybody in the APC, Yahaya Bello or Fashola.”

The former aviation minister, who before now had berated Mr Bello as a “boy,” a “useful idiot” and “an accursed slave with non-functional mental faculties”, made this statement in an interview with Channels TV on Friday night.

When I wrote that this boy was a useful idiot and an accursed slave some said I was being harsh. Truth is that he is worse than that. His mental faculties are non-functional.

Speaking further, Mr. Fani-Kayode said, “I believe Yahaya Bello will appeal to millions of young people in this country that we are changing the dynamics of giving power to a younger person.”

Since he defected to the APC last year, Mr Fani-Kayode has made efforts to protect his new party in good light.

In 2019, Mr Fani-Kayode described the APC as “a filthy, rat-infested sinking ship,” stressing that he would rather die than join the ruling party.