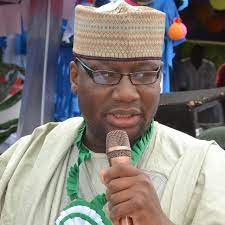 As governments at all levels in Nigeria continue to fail in their primary responsibility to protect citizens, a House of Representatives member in Sokoto, Balarabe Shehu Kakale  Shuni, has gone spiritual to end unending killings and kidnappings and banditry in the state.

This is as the federal lawmaker organised and sponsored a special prayer seeking divine intervention to end activities of terrorists in the North-West state.

The special prayer carried out during the Christmas and New Year break, was conducted under the leadership of the chief scholar of the state, Sarkin Malaman Sokoto Sheikh Muhammad Yahaya Boyi.

During the prayer, the people begged for the divine intervention of the Almighty to end the wanton killings and abductions for the ransom of innocent people in the state.

They also prayed for divine intervention for the state religious,   traditional, community and political leaders to have the fear of God in handling and distributing state resources as well as in their dealings with the citizens of the state.

After the conduct of the prayer, Shuni

said all efforts by the people and government of the state to fight against insecurity had remained abortive. Hence, the people decided to seek divine intervention with the hope of bringing an end to the worrisome situation.

He added that he was encouraged in this regard by the enormous efforts the Sultan of Sokoto Dr Muhammad   Saad Abubakar, and other leaders of thought in the state have been making to end the crises of banditry.

Evils of banditry have remained a nightmare in the North-West states of Nigeria, especially Zamfara, Sokoto, Katsina and Kaduna.

The Nigerian government led by 79-year-old Muhammadu Buhari, from one of the ravaged states, Katsina, and the nation’s security forces have continuously failed in protecting the citizens from the day to day attacks by bandits, who the government recently branded terrorists.