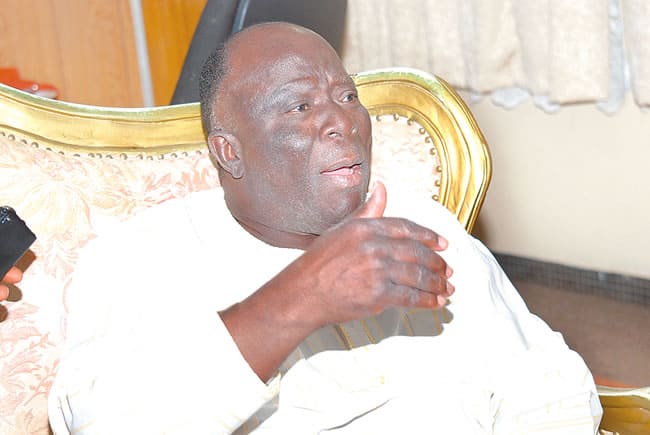 Pan-Yoruba socio-political group, Afenifere, on Wednesday, vowed that the group would not support any candidate in 2023 general elections until the 1999 Constitution is changed.

The position of the group was expressed by its Leader, Pa Ayo Adebanjo at a press conference in Lagos.

Asked where the 2023 president should go to, Adebanjo replied: “We want a change of the constitution, if that constitution is not changed, I don’t discuss where the presidency should go to. Why do I say so? When I don’t believe in the 1999 Constitution, why should I be telling you who should be the next president?

“The constitution we are working with is not acceptable, when we agree on the constitution, then we will decide who should be supported.”