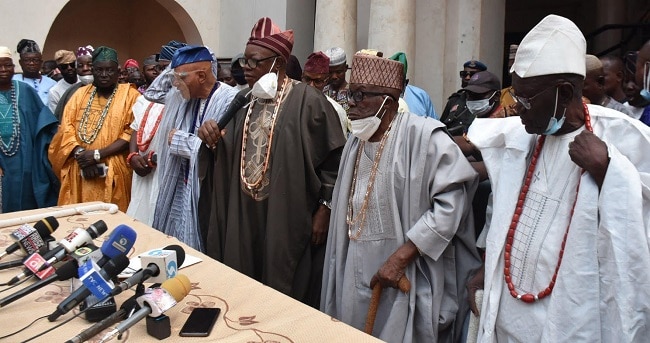 The Olubadan members council who were elevated to the position of Oba some years back by former governor, Abiola Ajimobi, have accepted to be demoted to their former High Chief status.

On Thursday, the Obas agreed to the decision of dropping their crown after a meeting of the council that took place at the Oja’ba Palace of the Olubadan of Ibadanland.

Recall that the Otun Olubadan, Senator Lekan Balogun, had earlier said the Obas were ready to revert to their former status following the directives of the state governor, Engr Seyi Makinde.

The governor had said he would support the installation of new Olubadan only if the members of Olubadan in council revert to their former status.

Meanwhile, Balogun, while speaking to journalists after the decision of the obas to revert back to the High Chief, said, “We agreed with the governor. All the processes leading to the nomination of a successor to the late Olubadan were in line with the original concept of line of the hierarchy in accordance with the Olubadan Chieftaincy Declaration.”