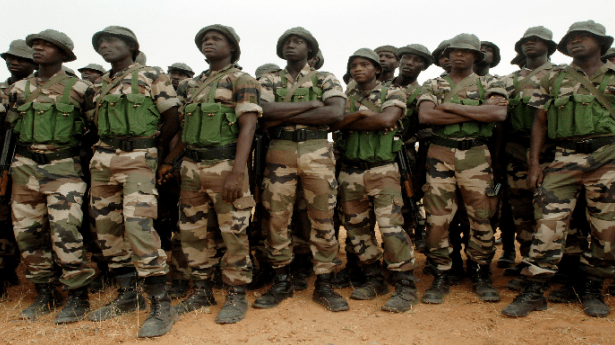 Special forces by the Nigerian Army and the Nigerian Air Force have been sent to Kaduna State and mandated to bomb more enclaves of the bandits, ahead of President Muhammadu Buhari’s visit on Thursday, military sources informed CaracalReports.

It was learnt that the special forces would focus on bandits’ camps on Igabi, Chikun, Birnin Gwari and other hot spots in the state and intensify aerial and ground bombardments in the coming week.

“The bandits should not embarrass the president. You remember the episode that played out in Borno when Boko Haram attacked Maiduguri during Buhari’s visit and made news headlines. We want to prevent a repeat of such in Kaduna and some special forces have been sent to dislodge all known and suspected bandits’ camps,” a top military source informed this reporter.

President Muhammadu Buhari has planned to embark on a two-day state visit to Kaduna State on Thursday and Friday next week.

Read Also: FG: 2.1 million jobs were created through the implementation of ESP programmes

This was confirmed in a press statement issued by the Kaduna State Government on Saturday.

According to the statement, Buhari is expected during the visit, to inaugurate some of the infrastructural projects executed by Governor Nasir El-Rufai.

The statement reads, “Malam Nasir El-rufai will host President Muhammadu Buhari in Kaduna, Kafanchan, and Zaria on 20 and 21 January 2022 for the commissioning of some projects of the Kaduna State Urban Renewal Programme.”

President Buhari had visited Ogun State last Thursday, the 13th of January, to inaugurate some of the infrastructural projects completed by Governor Dapo Abiodun.

The projects executed by the president include 527 units low and medium Kobape Housing Scheme in Abeokuta and the 83 duplexes at Kings Court Estate at Oke Mosan, Abeokuta.

The other project was the Ijebu-Ode /Mojoda-Epe expressway.