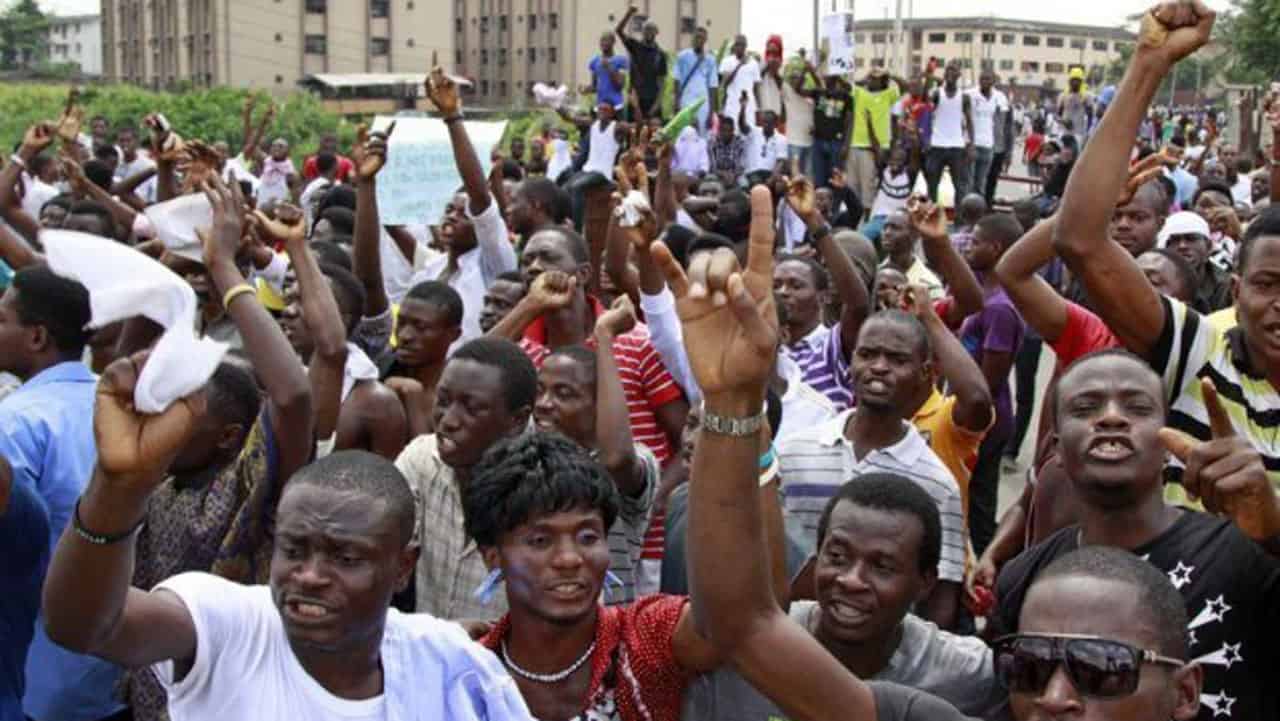 Students of the Federal University of Technology, Akure on Monday, shut down the busy Akure-Ilesha highway in Ondo State during a protest.

The students were protesting over alleged incessant harassment and extortion by some people suspected to be thugs and cultists at the entrance of the school.

The protesting students who converged on the Road Block area of the state capital of Ondo State, as early as 8 am, blocked the major road, causing traffic gridlock on the ever-busy road which extended to the Akure-Ilesha highway.

During the protest which lasted a few hours, two students escaped death following the reckless driving of a driver, trying to maneuver through the blockade set up by the students.

One of the students, who gave his name as Ayo Bami said the thugs who were always around the South Gate entrance of the school on Sunday evening beat up the school’s Students Union leader.

The student added that after the beating, some students were chased by the thugs into the school premises.

“The boys at South gate are cultists and also indigenes of the community. They keep harassing our students and extorting them for money.

“If you are well dressed, they will stop you and collect your money. Sometimes they force students to make bank transfers. They beat up our student union leader yesterday.”

Speaking on the development, the Spokesman for the institution, Adebanjo Adegbenro, said it was not a protest but a sensitisation march against actions of some persons living close to the South gate who have been bullying some of the young students.

“Sometimes, they also rob them. It is a sensitisation March and also to let the security know the behaviour of these individuals.”