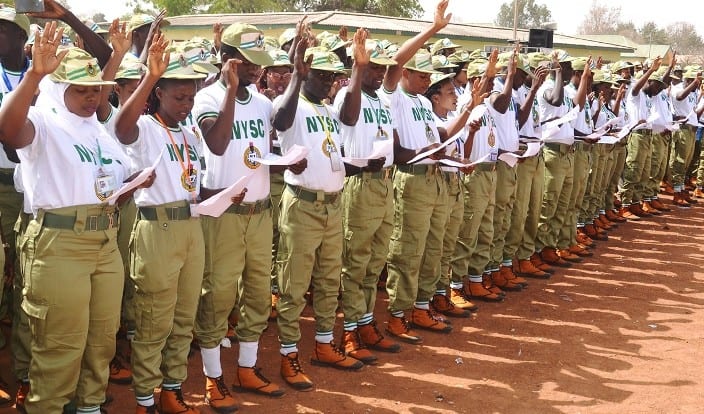 One Jonathan Ogbe, a member of the National Youth Service Corps (NYSC) is on the run and has abandoned his one year compulsory national service in Bayelsa State after allegedly serially raping a 12-year-old pupil.

The suspect, it was learnt, was posted to the Asamabiri Community Primary School in Sagbama Local Government Area of Bayelsa State where he committed the alleged crime.

Following the development, he is said to have abandoned service and had since refused to pick up his discharge certificate to avoid being de-kitted and handed over to the police for investigation and possible prosecution.

Civil society groups, gender-based advocacy groups and indigenes of the community, are said to have lamented the way police and the NYSC are handling the case.

They are accusing the Gender Unit of the Bayelsa State Police Command “foot dragging” in arresting investigating and prosecuting the accused corps member.

However, NYSC, through its State Public Relations Officer, Mathew Ngobua, has since denied the claim.

According to Ngobua, the suspect had absconded and his phone and that of his next of kin were not reachable.

Ngobua said: “The accused has abandoned service and all his numbers and those of his next of kin are not reachable. He has not even picked up his discharge certificate.

Read Also: Airman dragged to court for theft of N20m mistakenly credited to his account

“The disappearance of the corps member was noticed during the usual practice of the NYSC disciplinary committee of inviting accused to camp, de-kitt him or her and hand him/her over to the police for investigation. It was then we discovered that he had abandoned service.”

On how the suspect committed the alleged offence, it was gathered on Wednesday, January 19, that the corps member, allegedly lured the 12-year-old girl (name withheld), a pupil in the Community Primary School to his house and defiled her repeatedly without the knowledge of the parents.

Confirming the incident, the father of the victim, Nelson Gbaranbiri, explained that his wife brought his attention to some strange discharges found on the pants of their daughter while washing her clothes.

“My wife brought my attention to the stains and discharges she usually found in the panties of my daughter. When I asked about what happened to her private part, she told me that ‘uncle’ would beat her if she told me,” he said.

According to him, when he reported the matter to the police, they did not show concern about the incident.

“They asked me to arrest the accused and bring him to the station. They even demanded that I pay them before they could drive down to arrest the suspect. I also met with the NYSC, they also showed signs of indifference. I have protested now to the state’s Gender Response Initiative Team (GRIT), hoping that actions would be taken to arrest and prosecute this suspected paedophile.”

In a petition forwarded to the State Police Commissioner, counsel for the victim’s family, A.O. Aniso Esq, stated that when the accused corps member was confronted with the victim’s claim, he admitted being responsible and pleaded for forgiveness.

Aniso said when the family saw that the minor was physically distressed and needed medical attention, the parents took her to the community medical centre and their worst fear was confirmed.

“After the medical confirmation, the family again confronted the corps member of his wrongdoing and he apologized profusely and even tried to offer N50, 000 to cover medical treatment. This is a criminal act and he has brought great shame to my client’s family,” the family lawyer said.