After Osun, Aso Villa our next target, PDP chairman brags 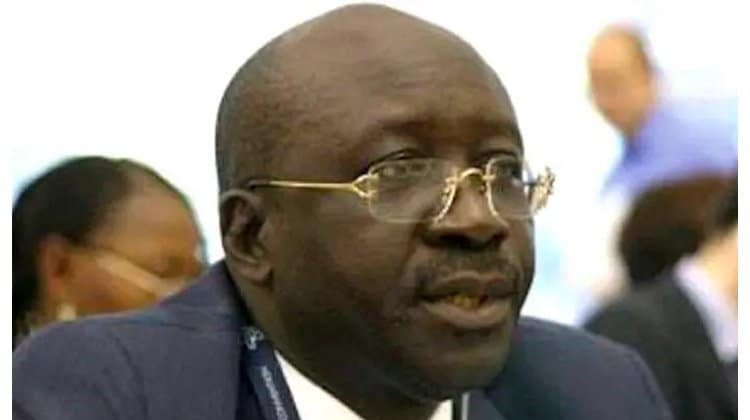 Iyorchia Ayu, national chairman of the Peoples Democratic Party (PDP), has congratulated Ademola Adeleke on his victory in the governorship race in Osun state.

On Sunday morning, Adeleke, the PDP’s candidate, was declared the election winner.
Former Senator Adeleke defeated incumbent Governor Gboyega Oyetola in the hotly disputed election.
He received 403,371 votes to defeat Oyetola, who received 375,027 votes on the All Progressives Congress platform (APC).
The PDP candidate was victorious in 17 LGAs, while the incumbent governor was victorious in 13 LGAs.
In a statement congratulating Adeleke on his victory, Ayu stated that with the PDP’s capture of Osun, the party’s next target is the presidential residence.
“ Four years ago, the PDP won the governorship, but our Candidate, Sen. Adeleke, was robbed of victory in broad daylight. We went back to the drawing board, and today, we have reclaimed our victory,” the statement reads.

“Today is, therefore, not just a day of double restoration – it’s a day of redemption too. It restores PDP to power and redeems the Osun people from the scourge of mediocrity, empty promises and excuses.

“I thank the PDP National  Campaign Council for the Osun State Governorship Election,  headed by HE Gov. Duoye Diri, for a superlative performance. I thank our Vice Presidential Candidate Governor Arthur Ifeanyi Okowa for tireless work.

“PDP is proud of all of you.

“You have helped to return PDP to power after 12 years. You have returned hope to Osun state. But beyond this, you have renewed the quit notice on the reigning APC Federal government. PDP first issued the quit notice in December last year when this present leadership assumed office.

“This election was a referendum on the disastrous APC stewardship, and proves conclusively that Nigerians want PDP back. And, indeed, PDP is coming!

“The task before us now is to transit from Opposition to Governance. This we shall do. With Osun done, next villa!

“We call on all PDP members and all Nigerians to join the moving PDP train. Don’t be left behind. Our next destination is ASO VILLA.”

Ayu commended the Independent National Electoral Commission (INEC) and security operatives for “toeing the path of neutrality and ensuring that the votes counted”.