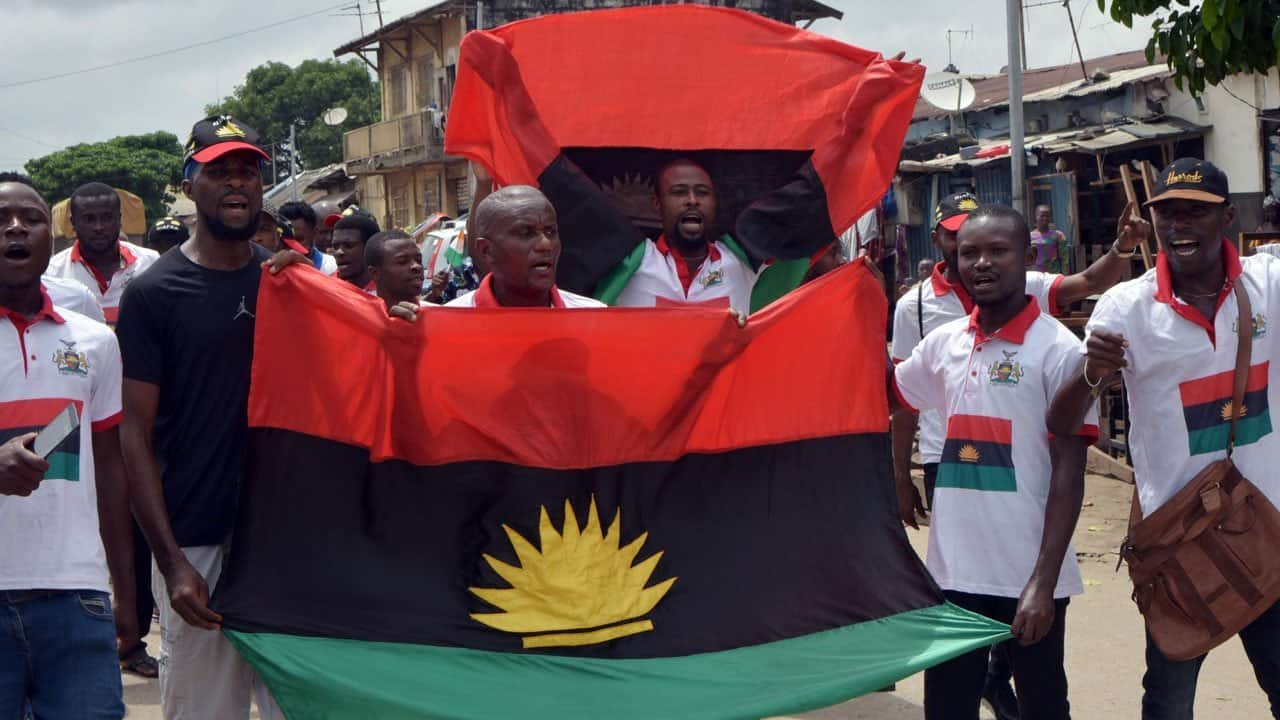 In a response to Senator Bulkachuwa, IPOB stated that his purported remark on a live Channels Television show that the South-East is home to criminals and rebels and should be exterminated is not only a hate speech but a demand for genocide against Ndigbo and should not be ignored.

IPOB said it will hold Senator Bulkachuwa accountable if anything happens to any Igbo man, woman, or child in any part of the Northern states, describing his comments as reckless, unprotected, irresponsible, and uncontrolled.

Emma Powerful, IPOB Media and Publicity Secretary, issued a statement headlined
“Senator Adamu Bulkachuwa from Bauchi State should be arrested for his hate speech against Igbo people”, asked the Senator how many Nigerians have been abducted or kidnapped in Igbo land and kept in captivity like done in his Northern states. IPOB, on the other hand, blamed Igbo politicians for their alleged treachery, love for their enemies, and hatred for their people, claiming that it is the reason any irresponsible person would go on national television and make such highly inciting statements against the highly enterprising and globally-respected Igbo race.

IPOB statement read: “The attention of the global movement and family of the Indigenous People of Biafra,, IPOB, under the command and leadership of Mazi Nnamdi Kanu, has been drawn to the hate speech by the Nigerian Senate Committee Chairman on Foreign Affairs, Senator Adamu Bulkachuwa from Bauchi State, against the Igbo race and Biafrans in general.”

“What else could be more inciting than such a reckless, mindless, irresponsible, untamed and unguarded utterance by a supposed Senator of the Federal Republic of Nigeria, Senator Bulkachuwa to say that South-East is home to criminals, rebels and deserve to be eliminated, when under his domain, Nigerians are kidnapped and kept for months in captivity, while cowards like him will go on hiding without doing anything to rescue the captives.”

“This statement which he made while featuring on a live programme of a national television, is a call for genocide against Ndigbo and should not be swept under the carpet.

Senator Bulkachuwa had the temerity to spew the following against the Igbo:”They’re just rebels, arsonists and criminals in short. So, what are we going to consider to even give them a chance to come and say their wish and let Nigeria tremble and bow before them and say ‘okay, we have granted you your wish.’

“Those insurgents in the Southeast, they are all claiming that they want their own country called Biafra, right, If that is the case, is it by killing people that they will get their country?
“They have tried it before; do they want us to go back to the same route? I don’t think so. But if they do, if that is what they choose, has Nigeria got any choice?

“Will we just allow them, bow and say, ‘we will grant you your own wish?’ No. Nigerian government has to stand out, fight them and give them what they want.”

As a result, the pro-Biafra organization urged the world community to hold Senator Bulkachuwa accountable for any potential genocidal action against the innocent people of Nigeria’s South East and Ndigbo in general.

According to IPOB, “This wicked and unguarded utterance has further exposed the hypocrisy and double standard of the Nigeria society. Were it to be an Igbo Senator or non-Fulani that made similar utterances, by now he would have been a guest to the security agencies.

“Why will a supposed Senator of the Federal Republic call for the death of a tribe and still be parading the streets free without being arrested? The only reason he is still parading freely unarrested is simply because he is speaking the mind of the Fulani cabal holding Nigeria captive and sponsoring him. He is Fulani and he can do anything and go free because it has been the practice of the present government in Nigeria, they kill and claim responsibility and nothing happens to them.

“How can Senator Bulkachuwa in his mischief forget so easily that the South East has been the most peaceful zone in the country until the Fulani-controlled Federal Government sponsored unknown gunmen to unleash violence in the zone in their desperation to demonize Biafra agitators?

“How come Bulkachuwa forget so easily that despite the insecurity in the South East, senseless killings and terror attacks are worse in his North East? In his cowardice, has he called for the death of the mass murderers in the North who have been killing both civilians and security operatives?